What It Means to Know God 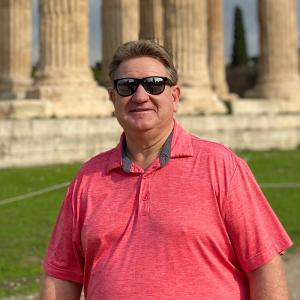 Jeremiah 22:13-17 (NASB) – Woe to him who builds his house without righteousness, and his upstairs rooms without justice, who uses his neighbor’s services without pay and does not give him his wages, who says, “I will build myself a large house with spacious upstairs rooms, and cut out its windows, paneling it with cedar and painting it bright red.”  Do you become a king because you are competing in cedar? Did your father not eat and drink and do justice and righteousness?  Then it was well for him. He pled the cause of the afflicted and the poor, then it was well.  Is that not what it means to know Me?” declares the Lord. “But your eyes and your heart are intent only upon your own dishonest gain, and on shedding innocent blood, and on practicing oppression and extortion.”

Psalm 112 (NASB) – Praise the Lord!  Blessed is a person who fears the Lord, who greatly delights in His commandments. His descendants will be mighty on the earth; the generation of the upright will be blessed. Wealth and riches are in his house, and his righteousness endures forever.

Light shines in the darkness for the upright; he is gracious, compassionate, and righteous. It goes well for a person who is gracious and lends; he will maintain his cause in judgment. For he will never be shaken; the righteous will be remembered forever. He will not fear bad news; his heart is steadfast, trusting in the Lord. His heart is firm, he will not fear, but will look with satisfaction on his enemies. He has given freely to the poor, his righteousness endures forever; his horn will be exalted in honor.

Observations: At first glance these passages might not appear to have any connection to one another.  Jeremiah is prophesying the coming fall of Jerusalem and the royal house of Judah, while Psalm 112 describes the one who fears the Lord.  As I type those words, however, the connection comes apparent: these two passages present the contrast between the one who rejects God and the one who honors Him.  I’m specifically drawn to the question that God asks in Jeremiah 22:16: “Is that not what it means to know Me?”

Two aspects of that question come to mind:  How do we get to know God? and, How do we reflect that we know God?  These passages deal primarily with reflecting our relationship with God.  The one who does not know God (illustrated by the king of Judah) is described this way: “your eyes and your heart are intent only upon your own dishonest gain, and on shedding innocent blood, and on practicing oppression and extortion.” God’s condemnation comes in the form of a comparison with the king’s predecessor, Josiah: “Did your father not eat and drink and do justice and righteousness? Then it was well for him. He pled the cause of the afflicted and the poor, then it was well.  Is that not what it means to know Me?”

Josiah’s life reflected his relationship with God by doing justice and righteousness and pleading the cause of the afflicted and the poor.  Psalm 112 reflects the same principles.  The upright person is described as gracious, compassionate, and righteous…who is gracious and lends…He has given freely to the poor, his righteousness endures forever.  The psalmist twice uses the word gracious within verses 4-5, and I think that’s important, because graciousness demonstrates God’s grace to others. If we are children of our heavenly Father, we should reflect his character more and more each day; extending grace to others is one of the primary ways that we reflect God’s character.

Back to the first part of the question: How do we get to know God?  Blessed is a person who fears the Lord, who greatly delights in His commandments…His heart is steadfast, trusting in the Lord.  We grow in our knowledge of God by spending time in His Word, allowing Him to speak to us.  We grow by putting into practice what God is teaching us, day by day.  We grow by trusting in Him, even when we don’t understand what is going on around us, because he will not be shaken; the righteous will be remembered forever.

Application:  When we read the phrase, the righteous will be remembered forever, we may start to think about being remembered by other people – our reputation, our legacy.  I don’t think that’s what this means at all.  The only One who is capable of remembering anything “forever” is God; God is reminding us that when we do what is right, He will remember us forever.  And I believe that God is reminding us today that “doing what is right” is the same as what it means to know Me – to do justice and righteousness, and plead the cause of the afflicted and the poor.  Ultimately, to know God means that our attention becomes less and less focused on ourselves and more and more focused on Him.

Prayer:   Father, thank you for reminding us that our attention is to be focused on You.  We know that, of course, but we recognize that we are easily distracted by the things going on around us.  Help us to be like the righteous man described in the psalm: “He will not fear bad news.”  There is so much “bad news” every day; help us not to succumb to despair, or fear, but to continue to trust in You and live each day as You have called us to live.  Amen.

August 18, 2022 That You May Believe
Recent Comments
0 | Leave a Comment
"Larry, I'm certainly not an expert in addiction, but I have worked with a number ..."
Rick Rice “Far From It!”
"I wonder sometimes about the "willful disobedience of a known commandment" in drug addict--and that ..."
Larry “Far From It!”
"As I mentioned before, I quoted the NASB translation, which renders "apodote" as "Pay." The ..."
Rick Rice | Rick Rice
"I am using an on-line Greek text which includes variations in the text. As far ..."
Iain Lovejoy | Rick Rice
Browse Our Archives
Related posts from My Journey

General Christian
Discipline Yourself
My Journey

General Christian
"Far From It!"
My Journey