Joseph moved the boys, who were at their grandfather’s knees, and he bowed with his face to the ground. Then he positioned the boys in front of Jacob. With his right hand he directed Ephraim toward Jacob’s left hand, and with his left hand he put Manasseh at Jacob’s right hand. But Jacob crossed his arms as he reached out to lay his hands on the boys’ heads. He put his right hand on the head of Ephraim, though he was the younger boy, and his left hand on the head of Manasseh, though he was the firstborn. Then he blessed Joseph and said, “May the God before whom my grandfather Abraham and my father, Isaac, walked – the God who has been my shepherd all my life, to this very day, the Angel who has redeemed me from all harm – may he bless these boys. May they preserve my name and the names of Abraham and Isaac. And may their descendants multiply greatly throughout the earth.”

But Joseph was upset when he saw that his father placed his right hand on Ephraim’s head. So Joseph lifted it to move it from Ephraim’s head to Manasseh’s head. “No, my father,” he said. “This one is the firstborn. Put your right hand on his head.”  But his father refused. “I know, my son; I know,” he replied. “Manasseh will also become a great people, but his younger brother will become even greater. And his descendants will become a multitude of nations.”

So Jacob blessed the boys that day with this blessing: “The people of Israel will use your names when they give a blessing. They will say, ‘May God make you as prosperous as Ephraim and Manasseh.’” In this way, Jacob put Ephraim ahead of Manasseh.

The story of Abraham and his descendants in the book of Genesis features something unusual: the preference of a later-born son over the firstborn. We know that – but do we really think about it? And what does it tell us about God and his purposes?

Abraham’s firstborn son was Ishmael, not Isaac – but Isaac was the son of promise. He was the one through whom Abraham’s line would be reckoned. We can justify that, because Ishmael was the son of Hagar, rather than Sarah.  Esau was the firstborn of Isaac and Rebekah, but he traded away his birthright – and Jacob deceived Isaac into giving him his blessing, rather than Esau. We might feel a bit uncomfortable that Jacob cheated his way into the blessing, but we understand that Esau at least was complicit in his fate.

But now we come to Ephraim and Manasseh, the two sons of Joseph. Jacob determines that he is going to treat Ephraim and Manasseh as though they were his own sons.  This has the effect of giving Joseph a double share of the inheritance (see 48:22), because Joseph’s two sons will each share equally with Jacob’s sons.  In other words, instead of dividing the share of their father Joseph, each of them would receive their own share.

Jacob has repeated the pattern: he has favored Joseph, who was younger than his brothers, by giving him a double share. On top of that, he has favored Joseph’s younger son Ephraim over Manasseh.  And while we might not think much about that, it reminds us that God is not bound by human traditions or practices.  And we should not expect Him to be!

Joseph was undoubtedly familiar with his family’s history. He would have known that his father Jacob was the younger son of Isaac and Rebekah, yet the family line was reckoned through Jacob. Isaac, too, was the younger son of Abraham.  But in honoring his covenant with Abraham, God declared that Isaac was the child of promise, and it was with Isaac that God continued the covenant. Yet when Jacob appeared to prefer Ephraim over Manasseh, Joseph objected.

The point is that it is easy for us to recognize God’s principles and purposes as long as we agree with them, or benefit from them.  It’s a little harder when we don’t like the result!  And even someone like Joseph, who had trusted God and experienced God’s favor and direction, could struggle when it came to his own children.

God’s ways are not our ways.  Trusting God means trusting him even when we don’t understand – even when we don’t like how he’s leading us.  Sometimes, God throws us curveballs – things that we don’t expect, and may not like.  However, God’s track record reminds us that he is worthy of our trust! Joseph knew that God had led him to his position of authority in Egypt.  Now, he needed to trust that God would continue to work in the lives of his family.

Father, thank you for the ways in which you are at work in our lives.  Thank you for the blessings we see, and for the ways in which you lead us.  Help us to trust you even when we don’t understand where you’re taking us, or why.  Help us not to be thrown off by the curveballs that sometimes come at us. Strengthen our faith so we can trust you more.  Amen.

January 23, 2023 The Finger of God
Recent Comments
0 | Leave a Comment
"Larry, I'm certainly not an expert in addiction, but I have worked with a number ..."
Rick Rice “Far From It!”
"I wonder sometimes about the "willful disobedience of a known commandment" in drug addict--and that ..."
Larry “Far From It!”
"As I mentioned before, I quoted the NASB translation, which renders "apodote" as "Pay." The ..."
Rick Rice | Rick Rice
"I am using an on-line Greek text which includes variations in the text. As far ..."
Iain Lovejoy | Rick Rice
Browse Our Archives
Related posts from My Journey

General Christian
The Next Step
My Journey

General Christian
Spared for a Purpose
My Journey 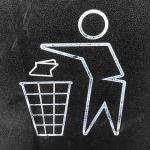