I have this memory from when I was 12 years old of going to a friend’s house for a sleepover and feeling quietly scandalized by something I discovered about her and her family. No, they weren’t heroin addicts or part of an armed militia. They. Were. Catholic. And they weren’t even trying to hide it. Seeing the images of Mary all over their house….well, this Church of Christ girl wouldn’t have been more scandalized if those pictures in their living room were playboy pinups. I knew Catholics existed with their saints and candles and rosaries and all their other exotic ways of being wrong. But now I had met some. And I realized I couldn’t stop staring at their Mary. She seemed luminescent and good and trustworthy and her beauty strong. And I was secretly jealous as all get out.

Because let’s be honest. Protestants don’t really know what in the world to do with Mary. It’s like Roman Catholics already have dibs on her and we just kind of stand by…only dusting her off once a year to be the pretty young girl in the nativity set and then putting her quickly away before she embarrasses anyone.

So after that night of being transfixed by my Catholic friend’s Mary I didn’t pick up my love of her again until my 20s.

Which is sad because there are so many reasons to love Mary.

She has been loved for centuries for being the docile picture of purity and virginity. As a matter of fact church doctrines have been written to say that Mary was perpetually a virgin and born without sin. But that always sounds to me like a way of saying that God could never choose to make God’s home in the womb of an actual woman since we know that actual women are sinful, fleshy, temptresses. So Mary had to of been a special one-off kind of woman that was really really different. And it was her really really differentness from actual women was what earned her God’s favor.

Mary has also been loved by leftests as a sort of first century teenage female che guevarra singing in the Magnificat of the overthrow of the social order where the hungry are fed and the rich sent away empty handed. And I like this image…even while I am sure it’s slightly misguided.

Others still, disturbed by the a-rationality of the whole thing see Mary and especially the Virgin Birth as like, a fairy tale for the gullible. Something ignorant people believe in because they haven’t learned to use human reason or listen to NPR enough.

I just don’t feel satisfied with any of the above. I mean I guess I want a way to view Mary and even the Christmas Story itself without Sentimentality OR Cynicism.

Actually, getting through the Christmas season itself without Sentimentality OR Cynicism would be awesome.

So… here we have a girl, likely between 13 and 15 years of age. She’s a peasant and she’s engaged to a pretty religious guy. An angelic figure visits her saying that she’s found favor with God and is going to conceive a son by the Holy Spirit.

I know people get hung up on believing the virgin birth thing, but for me the harder thing to believe was that the Angel Gabriel actually found someone to say yes! I mean If…and this is a big if mind you, but IF I ever would have said yes to something so bizarre I would only have done so if I knew what was in it for me. Namely how am I going to be blessed by this God who wants to use me.

But Mary, based on very little solid evidence or information, said I am God’s and let it be with me according to God’s Word. She said yes.

I’ve always wondered if there were like a VH1 Behind the music special about Mary if we’d finally learn the whole story. Like, how many girls said no that night before the angel Gabriel found one who would say yes?

And if there were a string of girls saying no that night you really can’t blame them
can you? I mean, a few verses later Elizabeth calls Mary blessed and Mary sings
that for generations to come people will call her blessed but think about how the story played out for Mary-

But I think the prophet Mary of Nazareth had a particular wisdom from God. I’m not convinced that she was perpetually full of nothing but virtue, virginity and pure receptivity. But I am sure she wasn’t just another Joe Schmo who doesn’t deserve any more honor given her than any other character in the Bible. That yes she gave was fierce.
I think Mary deserves our devotion because in her we see what casting our lot with and being blessed by the God of Israel really looks like. Namely that being blessed means seeing God in the world and trusting that God is at work even in things we can’t see, or understand, or imagine.

Mary saying “God, I’m yours. Let’s do this thing” She said yes.

She didn’t say yes because she thought by doing so God was going to shower her with cash and prizes. No. Here’s where this girl had some serious chops. She got something I really struggle to understand: that getting a blessing is not the same as getting a present. She said yes not based on the expectation of things being awesome for her but based on the expectation that God can create something out of nothing. And the thing is: we just never know simply based on how our life feels if it is filled with blessing or not.

To be a people marked by the faith of Mary is to be a people, who say Ok, I don’t understand what’s going on and I know that my life isn’t going to end up looking like one I would choose out of a catalogue but I trust that God is at work in all of it. Blessedness is being used for God’s purpose more than it’s getting what I want or things being easy.

Christmas itself isn’t about getting what you want, or making sure you’re giving others what they want. To experience Christmas is to trust that God can do this thing again. God can again be born in me, in you, in this broken mess of a gorgeous world.

In the 4th century St Gregory of Nyssa wrote, “What was achieved in the body of Mary will happen in the soul of everyone who receives the Word.”

See, God is at work in you in much the same way God was at work in Mary. (Not necessarily in that the Holy Spirit’s going to knock you up.) But I do think that you carry in your body the blessing of God and having faith like Mary means
allowing yourself to trust that.

So, may the God through whom nothing is impossible help you to be Marys….saying a fierce, or timid, or quiet, or confident yes. May it be with you all according to God’s Word. 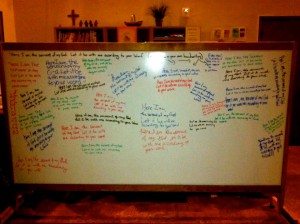 Post Script: Following the sermon, for Open Space (a time of reflection and response) we invited people to write “Here I am, the servant of my Lord. Let it be with me according to your Word” in their own handwriting.

August 4, 2011
Jesus Walking on the Water - A Sermon Sarcastic and Serious
Next Post

December 20, 2011 "So, are you ready for Christmas?"
Recent Comments
15 Comments | Leave a Comment
Browse Our Archives
Related posts from Nadia Bolz-Weber 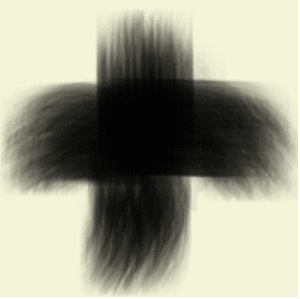 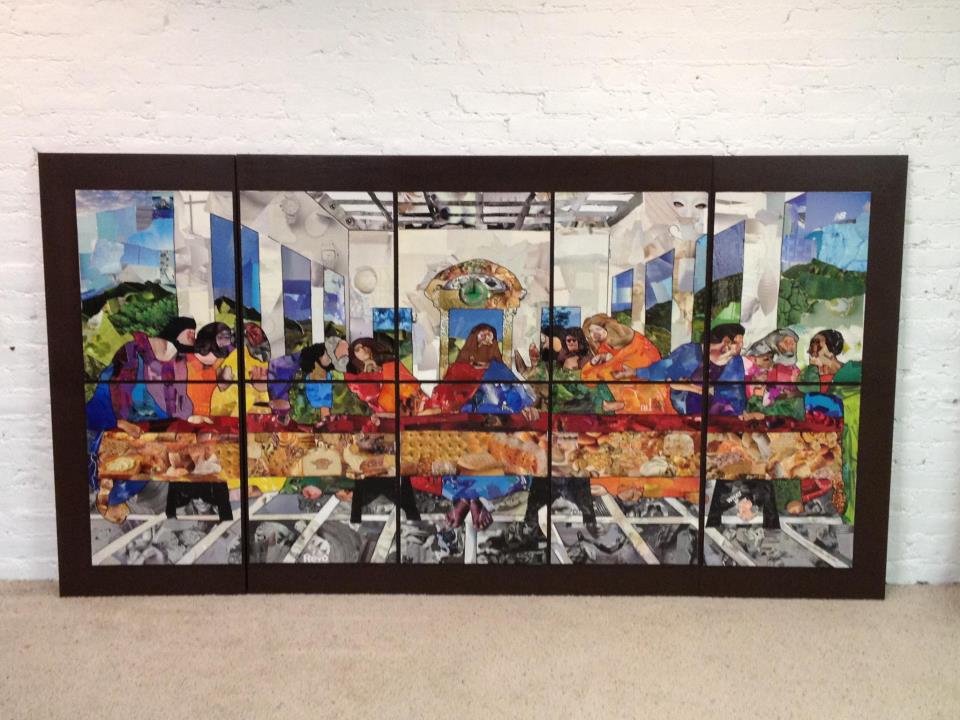 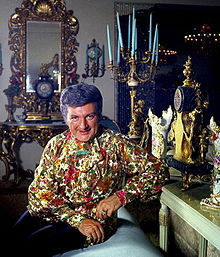