I hope the President just did what I could not do today May 10, 2012 Nadia Bolz Weber 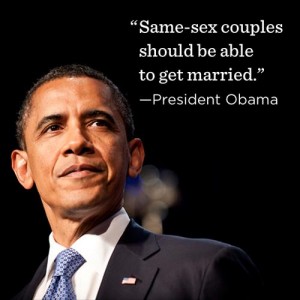 I like to hold “office hours” every week at a local coffee house.  It gives my parishioners an opportunity to connect with me and to meet each other.  This morning Jim came in and sat down with the small House for All Sinners and Saints crowd already around the table.  I’m just so angry and so sad that people can put to a vote whether I’m worthy of the same rights as them. Jim has been, for over 5 years, in a committed monogamous relationship with his partner Stuart and last night the people of North Carolina went so far as to change their constitution to define Jim and Stuart’s relationship as legally not worthy of being validated and the Republican leadership of the Colorado House of Representatives ran out the clock, killing a Civil Unions bill in our state that had enough votes to pass.

People used the legal system to say to Jim and Stuart your love doesn’t count.

My parishioner was angry and sad and I as their pastor had nothing to say that could change that. I tried to imply that the good news is that at least we are closer than we’ve ever been.  But it’s foolish to say something when there’s nothing to say, so the 5 of us sat in a busy hipster coffee house and just stared at the floor. Then later we went to a nearby church and sung morning prayer.

So this afternoon when I saw that President Obama had finally come out publically as supporting gay marriage, my first thought was that I hope Jim saw it.  I hope that in some small way Jim was able to know that the most powerful man in America just said that he and Stuart’s love does indeed count.

May 9, 2012
The Conversion of Phillip by a Gender Transgressive Foreigner
Next Post 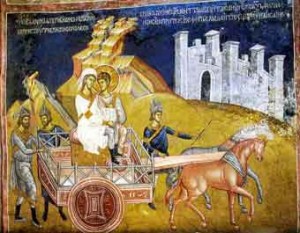 Progressive Christian
The Conversion of Phillip by a Gender Transgressive...
Nadia Bolz-Weber