This might seem weird to you, but I don’t always get what I want. And a year and a half ago, as many of you know, I wanted something really particular. For the 1st 3 years of this church, we were using a hundred year old church building in an edgy hispster neighborhood.  It had hardwood floors and stained glass and no pews and it wasn’t perfect but it was really close and I was certain I mean, I was really certain that we had to stay there. The vitality and life of this community depended on it.  But my attachment to us staying in that building caused me a lot of suffering. And looking back on it I’m sure it caused those of you who were around at that time some suffering too (not the least of which was the fact that there was basically no heat in that building and liturgy during the Winter was like a sub-arctic adventure) but I thought it was worth it because that was nothing compared to the suffering and death the community would face were we not in that “perfect” church building.  I wanted to avoid that, so I kept asking God to help us out.

I mention this because 18 months ago were I in the place of James and John, the disciples in our gospel text who kind of slime up to Jesus on the road to Jerusalem and say Hey Jesus we want you to do whatever we ask…were I in their place and Jesus said what do you want I would have said we have to be able to stay in that cold little church building.  I would have said this because I thought that outcome is what would help us avoid something bad.

And I imagine Jesus would have said to me what he said to James and John and what we might try and hear him say to us pretty much every single day and that’s You do not know what you are asking.

To get a little perspective, we might go back a few verses because our reading last week ends with the rich man going away saddened and Jesus saying the first will be last and the last first and between that and today’s reading there’s a pretty important 3 verses and in defiance of the lectionary Gods I am going to read those to you.

They were on the road, going up to Jerusalem (just a side note here…that’s where he’s going to suffer and die) , and Jesus was walking ahead of them; they were amazed, and those who followed were afraid. He took the twelve aside again and began to tell them what was to happen to him,  (another side note…this is now the 3rd time he says this to them) 33saying, ‘See, we are going up to Jerusalem, and the Son of Man will be handed over to the chief priests and the scribes, and they will condemn him to death; then they will hand him over to the Gentiles; 34they will mock him, and spit upon him, and flog him, and kill him; and after three days he will rise again.’

Sounds a little different in context doesn’t it?

I’m not sure exactly what was behind James and John’s request, but I’m thinking it had something to do with wanting to avoid suffering or death of some kind because, as the text said they were going to Jerusalem and they were afraid and who can blame them?

See, I think that sometimes I want God to do something for me because if I get that thing or that situation comes true then the promise is that I will avoid some kind of suffering.  If God will just let me win the lottery then I would avoid the suffering of not having a Mercedes.  If God can just let that one particular boy fall in love with me then I can avoid the suffering of loneliness.  If God can help us not lose our church building then we can avoid the suffering of being a homeless church who might, God forbid, move into a beautiful historic neighborhood instead. I think that’s what we do.  Our desire to have God do something for us is rooted in our desire to avoid suffering which is, on an existential level, our desire to avoid death. And to all of this Jesus says “you do not know what you are asking”.

Don’t mistake me.  There is nothing wrong with asking things of God. Indeed, part of being a people of faith is to lift our hearts to God in both praise and petition. And if nothing else, this is indeed a praying church. Of course we take the desires of our hearts to God as well we should. We just shouldn’t be overly sure that us getting what we want means that we will be happy and it surely doesn’t mean we get a pass on the hard stuff.

Because when in their fear the disciples say they want him to do whatever they ask he doesn’t shame them for their request. He just starts talking about the ordeal he’s about to go through.  He speaks of us sharing in his cup and his baptism – as if he’s wrapping sacramental language around what awaits him in Jerusalem –

He said the cup I drink is not an avoidance of suffering program and to be clear, it’s not a glorifying of suffering program.  The cup and the baptism that awaited Jesus in Jerusalem, was simply death and resurrection.  And if anything THIS is what the Christian life is about.

To our personal requests of God, to all of our desires that we bring to Jesus saying hey Jesus we want you to do for us whatever we ask Jesus just smiles and says “it doesn’t work like that”  It doesn’t work like that but I did come to bring you life and life abundant and the real truth of that is never found in the avoidance of pain or the manipulation of God or transcending the human experience it always comes from death and resurrection.  Truth and life and all the things God wants to reveal to us in Jesus Christ come from descent into death before rising to new life and we might fight that or think that we have found a work around for it but that road to Jerusalem is where we stay.

It was weird a year and a half ago when we got the eviction letter late in Lent and it said we had to be out by the first Sunday in Easter.  It was our road to Jerusalem and on it I kept making my requests to God and God kept saying “you do not know what you are asking” and in the end nothing could keep my self and this community on so many levels from going through death and resurrection during that Holy Week. And in the end, the resurrection story of us of finding St Thomas and having our community grow and thrive in a way we simply never could have imagined was slightly more than metaphorical.

And that’s what this thing is about.  Which is why this week I starting thinking about how undeterred Jesus was even when his people didn’t know what they were asking.  Because despite that and despite the fact that his disciples never understand anything he says, Jesus still stays on message and knowing what is before him he stays on the road to Jerusalem and with all of it tearing at him he stays on the cross but brothers and sisters he does not stay in the grave. Death, the thing that ultimately we think we are avoiding by getting what we want is destroyed by a God who didn’t avoid it but dived right into it and then kicked it’s ass.

So, by all means faithful people, raise your hearts to God in praise and petition, just know that you do not really know what you are asking and that is a good thing.   Because you will be brought to the empty tomb only through the cross and sometimes no is simply the vehicle for a deeper yes and a newer life and the thing you never saw coming. Amen.

October 12, 2012
A sermon on hacking off our own limbs for Jesus.
Next Post

October 29, 2012 Sermon on Why the Gospel is More Wizard of Oz-y than the Law
Recent Comments
1 Comment | Leave a Comment
"Grief and loss are really tough things to deal with. Sermons on this matter from ..."
Don Davies An All Saints Sermon on Grief ..."
"Ive read the bible. Its the #1 reason I am not Christian. The behavior of ..."
JD The Denver Statement
"To trust in God rather than try to analyze His motives (meaning, sit in judgment ..."
Eric Rachut The Denver Statement
"You tell me."
JD The Denver Statement
Browse Our Archives
Related posts from Nadia Bolz-Weber 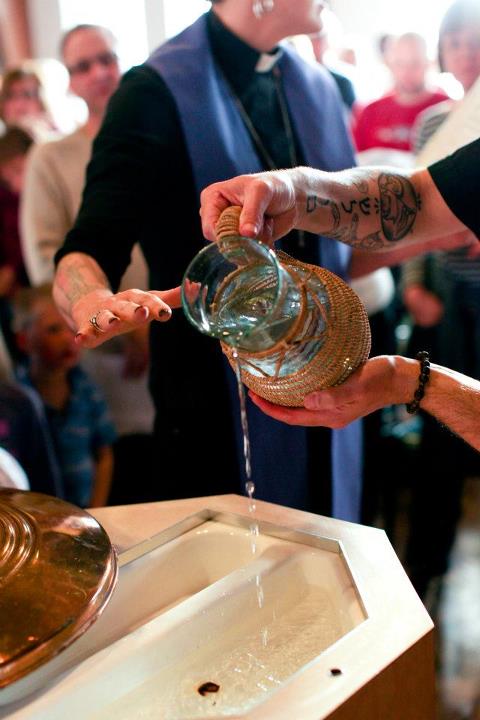 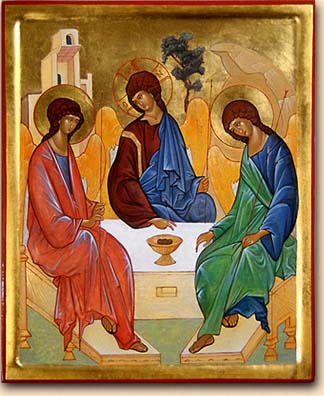