Pregnant old ladies and other signs that God’s story is better than the one we tell ourselves December 11, 2012 Nadia Bolz Weber

A few years ago, when Roxanne was new to this church, I asked her what she thought of worship here.  “oh, It’s great”, she said…”Because I’ve always wanted my life to be like a musical where you never know when people are gonna just start singing…and this church is kinda like that”.

The first couple chapters of Luke’s Gospel are kinda like that too – it’s a part of the Bible which reads like perhaps it was written by Andrew Lloyd Weber because characters just bust out singing all over the place. The church has a long history of acting like a musical….mostly in her practice of daily prayer when the church sings canticles (which are songs from scripture).  Like in Luke Chapter 1 when Elizabeth is visited by Mary she sings a song, now known as the Hail Mary. Then in response Mary sings her own song called the Magnificat which we sang here Wednesday night and which is sung everyday at vespers. Then in the 2nd chapter of Luke Simeon, when holding the 8 day old Christ child in his arms fills the temple with his song Called the Nunc Dimittis, which has been sung by countless centuries of the faithful in Compline; the final prayer before retiring to bed.  But the song we sang today as our Psalm belongs to Zechariah, husband to Elizabeth…father to John the Baptist.  it’s called the Benedictus, and is a song of freedom sung every day at Lauds, or early morning prayer.

And here’s the back-story: Zechariah was an old childless priest doing his priestly duty and burning incense in the temple when the arch angel Gabriel appeared before him.  Which sounds nice…having angels visit you.  But we aren’t talking the little chubby baby angels of bad Hallmark cards…we’re talking a powerful heavenly being who strikes fear in the hearts of everyone he visits.  So anyway, the arch angel Gabriel tells Zechariah the craziest thing: he says that Zechariah’s wife Elizabeth would conceive a son named John who would make ready a people prepared for the Lord.   As in, Zechariah’s old, barren, wife Elizabeth.

And instead of just shutting up and nodding his head deferentially… Zechariah does what I’m pretty sure I would do…he questions the angel’s authority.  Zechariah says Um, are you sure because seriously…my wife is, like, Old?

To which the arch angel says “human, please!” and he then proceeds to made Zechariah mute until all these things had taken place, like he said they would. It was like a 9 month time-out for Zechariah. He couldn’t talk the entire time which is actually kinda awesome.

Because here’s the thing: I wonder if Zechariah was reluctant to believe this good news that Elizabeth would bear a son because he thought he already knew his own story. I mean not that I blame him, I can’t imagine I’d be any more faithful than he was, I mean I’ve said it before that I know I’m a recovering alcoholic but what I feel I really suffer from is a disease called FTW. First Thought Wrong.  So I feel for Zechariah.

But the point is that I wonder if Zechariah had First Thought Wrong because he had became so comfortable with the story he told himself and others had told him about what his life looks like and what it will always look like and so he couldn’t believe another story was even possible.

Maybe he was so used to being the childless old couple that, even as he had prayed for children, he had actually foreclosed on any other story being possible.  So, I think maybe that his enforced period of muteness was actually what allowed him to receive a new story.

Maybe that is an invitation for us as well,  that we too should take opportunities to just shut up, and receive a new story or maybe just a whole new way of understanding the old one.

Because maybe your old story is simply not the final edition. Maybe your old story is one co-dependent relationship after the other and maybe the only reason that’s your story is because that’s what your mom did or that’s what your dad did and it’s all you know.  Or maybe you are so much older than people normally are when they realize they are gay and for decades you’ve tried unsuccessfully to be straight not knowing that anything else was possible.  Or maybe your old story that you think is fixed in stone is that you aren’t someone who has real faith, or who has anything to give or who is so strong they can’t show any vulnerability.

Maybe when our opinions and neurosis and pride and expectations about what we don’t deserve die down…maybe when we just shut the hell up and sit in this quiet of Advent we might begin to see where something else is possible. Something waiting to be born in an unlikely time and place some thing like the conception, birth, life, death and resurrection of Jesus Christ itself.

What was the Christ event if not God telling the world that a different story is possible.  That God was, is and will continue to be redeeming all of creation through means the world will never see, accept or get on board with…means like pregnant old ladies, and messiahs born amongst sheep and straw and loving the enemy and forgiveness of sins and self-giving love and resurrection of wounded bodies.

Things we just can’t perceive until we shut up for awhile and receive a new story.

It was a gift really…this muteness of Zechariah’s.  Perhaps the fact that he had no other choice but to silently watch and listen is what prepared him to burst forth in song when he was finally able to speak.  Because when his tongue was finally loosened he did not use it to justify himself or defend his position or to yammer on about things…having been silent and watchful and receptive to the unexpected story of God when Zechariah finally could speak again he did so in the only way he could at that point: by singing praises to God. And really, what else could he have done?  Perhaps this is the gift of silence, it shuts off our brains enough for us to receive a new story and, like Zechariah, to worship fully.

See, as we join other Christians in this Advent Conspiracy we are seeking to spend less, give more, love all, and worship fully and I think worshipping fully looks like Zechariah after 9 months of silence singing praises to God when he holds his miracle son John who would be the Baptist.

76And you, child, shall be called the prophet of | the Most High,

for you will go before the Lord to pre- | pare the way,

to give God’s people knowledge | of salvation

by the forgiveness | of their sins.

78In the tender compassion | of our God

the dawn from on high shall | break upon us,

79to shine on those who dwell in darkness and the shad- | ow of death,

and to guide our feet into the | way of peace

December 5, 2012
Creating Memories in an Advent Waiting Room
Next Post

December 26, 2012 Sermon on Pirates in the Nativity and How God Incarnates the Impossible Among the Unlikely
Recent Comments
0 | Leave a Comment
Browse Our Archives
get the latest from
Progressive Christian
Sign up for our newsletter
POPULAR AT PATHEOS Progressive Christian
1 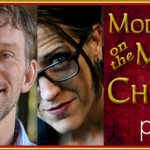 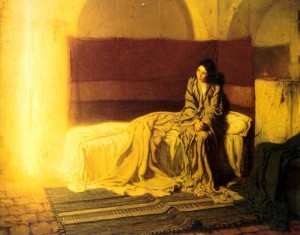 Progressive Christian
And a Soul Felt Its Worth: a Sermon...
Nadia Bolz-Weber 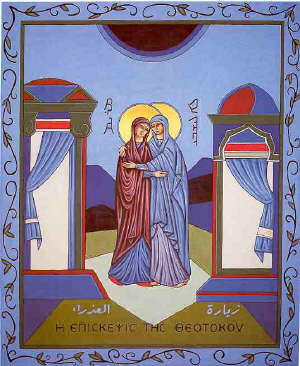 Progressive Christian
Sermon on Pirates in the Nativity and How...
Nadia Bolz-Weber 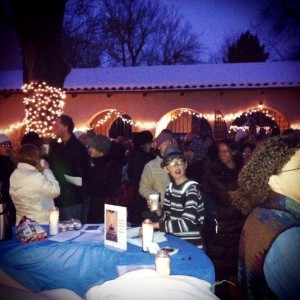