Sermon on Spiritual Gifts (which, unfairly, doesn’t include snarkyness) 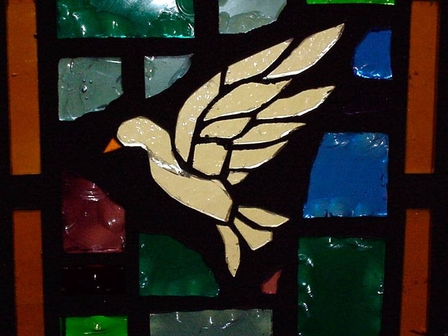 Once when I was in seminary my friends and I were talking about the gifts of the Spirit like the ones we heard about in our epistle reading today: wisdom, knowledge, healing, faith, discernment etc…and trying to decide which gift we might have when I realized how disappointed I have always been that snarkiness and sarcasm are never listed as gifts of the Spirit.  Feels unfair to some of us.

The church hasn’t always done a great job knowing how to understand the gifts of the spirit.  I mean, some of my parishioners were raised in Pentecostal churches where they felt dismissed or ignored for never having been “slain in the Spirit” and so some of them told me they just resorted to pretending to speak in tongues so that they could belong and then that just felt weird.

But I think mainline protestants don’t do any better since we basically try and sweep gifts of the Spirit under the liturgical carpet before they embarrass any one.

But as I was thinking about spiritual gifts I started wondering this week what it means to say someone is gifted. Because when we say someone is gifted at something, like how say, Jamie our cantor is gifted at singing, well, when we say that about someone it usually means that they are naturally better at something –in a way that most people aren’t.  Like, you’d never say “wow, Bob is really gifted at breathing oxygen” because being gifted means having a special ability that not everyone has.

A year ago I had coffee with Kate Cash a parishioner of mine.  She had recently started taking a yoga class and sheepishly mentioned that while she herself was new to yoga she could kind of see herself teaching at some point.  I said I thought that was a great idea and that as a matter of fact she should take a teacher training and teach yoga at House for All Sinners and Saints.  Well, fast forward a year and now Kate has already taught her first 2 yoga classes at church.  She comes in Wednesday evenings, lights some candles, welcomes people, guides them gently through some simple poses, reads a psalm, and gives thanks to God.  Those of us who were blessed by her class can tell you that Kate has been given a gift.

Here’s what would be weird though.  What if we for some reason all thought that having the gift of teaching yoga was the true mark of a Christian.  I mean, that would be absurd,  Like if before joining a church you had to sign a statement of faith and prove that you can teach yoga.

I mention this because Paul says that to each is given a gift the Spirit for the common good.

And the gifts he lists are awesome: wisdom, knowledge, faith, discernment, miracles, prophesy. But the point is this: It all makes sense to me that we need some people who are wise and some who are discerning and some who have knowledge.  But what struck me this week was that included on the list of gifts from the spirit that some have and some don’t but that are given for the good of the whole: is faith.

Faith.  The thing Christians torture themselves about having or not having or having enough of.

And unlike singular gifts of prophesying or knowledge, or teaching yoga, we assume faith is the mark of the Christian.  Weren’t most of us taught that we must, as individual Christians have the right quantity and quality of faith?  Yet faith is listed among all the gifts allotted to some people for the sake of the whole.  In a way, it kind of takes the pressure off.  That is not to say that Faith is not critically important.  It is.  Clearly it is.  It’s just that I think God doesn’t necessarily give faith in sufficient quantity to individuals.  God gives it to in sufficient quantity to communities.

Which is really kind of beautiful. It’s a real hang up to a lot of people…maybe even you…you worry you don’t have faith, because you don’t always intellectually ascent to a certain set of theological ideas.  But what Paul seems to be saying is that maybe faith isn’t everyone’s spiritual gift.  Maybe the Spirit creates more faith is some people than others but that their faith is for the common good of us all.  That feels like a blessed relief to me.

Because sometimes we have to carry the faith for each other.  No one has to do all the heavy lifting all the time.

Because to Paul, all things are held together for the sake of the common good.  And to us Americans who practically had rugged individualism mixed with our mother’s milk …that can be a hard thing to take.  We are raised to believe that to be strong is to be self-sufficient, to have freedom is to be autonomous, and to have faith is to alone believe at all times and never waver.  It’s up to you alone to get ‘er done.  But that couldn’t be farther from what we read today in Paul’s letter to the church at Corinth.  Paul says to each is given the manifestation of the Spirit for the common good. Which I think is why this week my friend Justin called Paul a spiritual socialist.

This week one of my parishioners was having some anxiety about facing the anniversary of some painful events in her life and at the same time she didn’t want to make too big a deal of it.  So I suggested that she choose a couple people she is close to at church and ask them to carry it for her.  Ask them to carry the weight of the anniversary dates on her behalf so that she knows it’s being done but that its not her that has to do it. She can lean into the gifts the Spirit has granted her brothers and sisters which have been allotted for the common good.

Which I believe in and is all so lovely – until the next day when I had to do the worst thing in the world for a preacher and that is take my own advice.

This ended up being one of my more difficult weeks in recent memory and I found myself having no choice but to rely on the prayers and faith and wisdom and compassion of those brothers and sisters in Christ whom God has put in my life – because frankly I was tapped out.  Which is hard because I’d so rather have all the gifts myself and not have to rely on others. But when it feels like a failure on my part that I don’t have the faith or compassion or prayer life or wisdom that I need, I just have to remember that the only real failure is when I fail to recognize that I do actually have all the faith and compassion and prayer and wisdom I need –  it’s just that someone else in my life is holding it for me.

December 26, 2012
Sermon on Pirates in the Nativity and How God Incarnates the Impossible Among the Unlikely
Next Post

January 28, 2013 Sermon on Baptism and the Devil
Recent Comments
0 | Leave a Comment
""
Alex Pekala You Know What Sounds Awesome About ..."
"Grief and loss are really tough things to deal with. Sermons on this matter from ..."
Don Davies An All Saints Sermon on Grief ..."
"Ive read the bible. Its the #1 reason I am not Christian. The behavior of ..."
JD The Denver Statement
"To trust in God rather than try to analyze His motives (meaning, sit in judgment ..."
Eric Rachut The Denver Statement
Browse Our Archives
Related posts from Nadia Bolz-Weber