Bullies, Terrorists and Anxiety: A Sermon on Defiant Hope 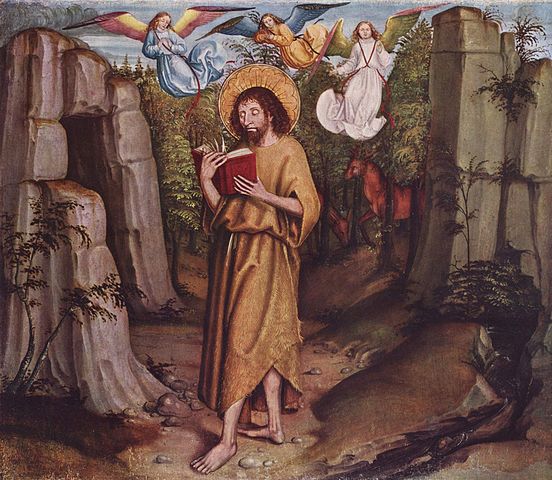 This is a sermon that should be heard if at all possible and not just read. Click above to listen along.

I was speaking somewhere in the Midwest earlier this year when a middle-school kid raised their hand during a Q & A. I called on her and in her anxious bravery she asked “Pastor Nadia, what advice do you have for someone my age who might be bullied and not have many friends and is maybe someone who other kids make fun of”

Usually during a Q and A – regardless of who asks the question I direct my response to the whole group but not this time. This time I looked directly into her eyes and said: “Look kid. I’m so sorry that’s happening and I totally get it because I’ve been there. But as horrible as it is right now…just do whatever you can to get through it because I promise you one thing: grown ups who were bullied in Middle School and survive it, are like, 10 times cooler and more interesting as adults than the ones who were doing the bullying. You get through this and you’re gonna be amazing. I promise you. Those kids will be nothing but a footnote later on. I mean, come on…who wants to peak in middle school?”

Her whole face changed like I just told her some combination of “the cancer is treatable and you’re stunningly beautiful” Her anxiety turned to hope.

I felt for her, because I remember that time in life all too well. I remember the psychological body armor I had to gear up with every single day to endure it. The social Darwinism, the powers and principalities of middle school felt absolute and the anxiety it created, totally inescapable.

I was thinking this week about how, at different times in my life, and in different ways, other forces felt equally powerful and totally in control. My addiction, my unhealthy relationship, my horrible boss, my depression. These were emperors who ruled for a certain number of years. And then they didn’t…but during their reign it felt like nothing else existed.

I was thinking about what the Gospel might have to say to us when we are in the midst anxiety due to the powers around us, because of how today’s reading from Luke starts: In the fifteenth year of the reign of Emperor Tiberius, when Pontius Pilate was governor of Judea, and Herod was ruler of Galilee, and his brother Philip ruler of this other land, during the high priesthood of these dudes who were high priests…. the word of God didn’t come to a damn one of them. The word of God came to this weird and totally insignificant guy John – and not while he was in the capital or the governor’s mansion or the temple…but the word of God came to John while he was in in the wilderness.

I started wondering what it was like for people in those days to hear this. What did it feel like to be ruled by Emperor Tiberius and be under the domination of Herod, to be occupied by military forces? We know little of the internal lives of those under their rule. But I wonder if to the people of Judea the power of the men who were named in these verses felt inescapable.

This week I asked many of you a similar question: who or what in the world seems so powerful that it feels like it’s inescapable, like its in charge? Your answers kind of destroyed me, answers like,

War, violence, money and the power derived from it, depression, not feeling good enough, trans national corporations, body image issues, debt, abuse, corruption, …..also appearing on the list of powerful forces that cannot be overcome were potato chips and oreos. Which I think is fair.

But I was struck by how many of you also mentioned anxiety.

Especially given how anxiety has been ratcheted up for all of us the last couple weeks – not knowing when a legally obtained semi-automatic assault rifle might be in the hands of someone in the doctor’s office or a workplace party or concert or movie theater or classroom.

Several of this congregation’s teens and one of our adults were in a lockdown Friday afternoon at East High because of someone being seen in the building with a gun. My own kids were locked in a room and then escorted by heavily armed SWAT team members down to the cafeteria while myself and all the other parents of these kids had panic attacks waiting at home to hear if they were safe. As a society our anxiety is at a fevered pitch as the powers and principalities rage around us.

And yet…it’s Advent. A time when we are supposed to be finding hope and peace.

So in the cacophony of other messages from the rulers of this world: that all shall bow down to the almighty dollar, that all shall see the power of terror, that all shall see the will of the SUPER PAC, that all shall be ruled by whoever the rich and powerful decide will serve their interest over all others, in the midst of this, I wonder if maybe we are quiet and tilt our heads a certain direction, if we can again hear the word of the Lord – who skips over all that crap and comes instead in the promises from John the Baptist saying ‘Prepare the way of the Lord, make his paths straight. Every valley shall be filled, and every mountain and hill shall be made low, and the crooked shall be made straight, and the rough ways made smooth; and all flesh shall see the salvation of God.’”

I want to claim that promise as our own. But it’s so hard right now.

So I don’t know about you, but kind of like that sweet, brave middle schooler – I find myself in the midst of the powers and principalities of this world that seem so powerful as to be inescapable and I can’t see past them…but in the midst of such anxiety I am desperate for some hope. Real hope. Not platitudes or cheerful sentiment. I need for something to feel more powerful than the forces that rage around us. In the midst of anxiety, I want that promise from John that all shall see the salvation of God.

So if you too are anxious and can not pray maybe we can all take a note from and Advent message from Brother Curtis of the Society of St John the Evangelist: who suggests that maybe what we can do is to pray for the conversion of our anxiety. Because, he says, when anxiety is converted, you know what it becomes? it becomes hope. I couldn’t think of a better thing to preach to such a heavily medicated congregation: If you have anxiety now, you are almost hopeful. You’re like, super close.

So here’s a word from the Lord to an anxious people praying for the conversion of our anxiety: Here is what pushed me that tiny distance between anxiety and hope this week. It was when I realized this:

You know that list of powerful men at the beginning of our reading? You know, the ones whose power at the time must have seemed insurmountable? – the names of these emperors and rulers and governors and power brokers who were so feared and powerful at the time- you know what? The only reason anyone knows their names…the only reason anyone even says their names – the only reason these tiny, pathetic so-called powerful men are even remembered at all 2,000 years later is as a footnote to Jesus of Nazareth. Those who were caught up into the powers and principalities of violence and empire and greed – whose power at the time they were alive felt so absolute– are only a footnote to Jesus. Jesus – the prince of peace, the man of sorrows, the friend of sinners, the forgiver of enemies.

So my prayer this week when I just didn’t know what to pray was simple. I named every single thing and person that seems so powerful right now as to feel inescapable – rulers, tyrants, my own sins, societal forces etc. and I named them and then said “footnote”.

Don’t mistake me – all of these things are very real and the horrible effect they have on us and on the world is also very real. But in the big picture I defiantly believe that God can redeem it. All of it. Our God will be victorious turning swords into plough-shares and anxiety into hope. I will cling to the promise that ALL flesh shall see the salvation of God.

December 1, 2015
Fall on Your Knees: A Sermon for Christ The King Sunday
Next Post

December 30, 2015 You Are Not Alone; A Sermon on Mary, Elizabeth, and Being Given One to Another
Recent Comments
0 | Leave a Comment
"Grief and loss are really tough things to deal with. Sermons on this matter from ..."
Don Davies An All Saints Sermon on Grief ..."
"Ive read the bible. Its the #1 reason I am not Christian. The behavior of ..."
JD The Denver Statement
"To trust in God rather than try to analyze His motives (meaning, sit in judgment ..."
Eric Rachut The Denver Statement
"You tell me."
JD The Denver Statement
Browse Our Archives
Related posts from Nadia Bolz-Weber