If Jesus Was Your Preacher: a Sermon 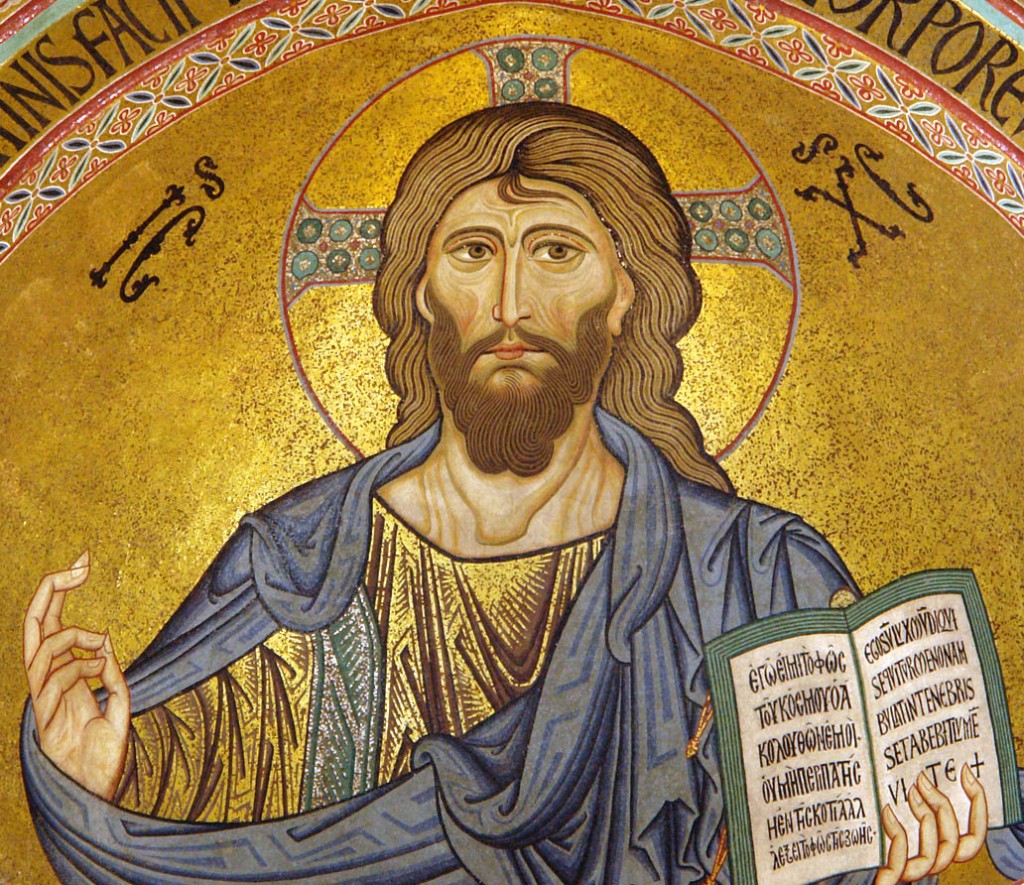 (click above to listen to this sermon being preached)

Ever since then, I’ve joked that on hard weeks I’ve been tempted to mark a worship booklet with the job “sermon” at the top and then just slip it between Prayer of the Day and Communion server and see if anyone picks it up.

The story we just heard from Luke is of Jesus’ first sermon…actually it’s the first thing he says at all in Luke’s Gospel…Jesus had just come back from the Wilderness where he had been tempted by Satan for 40 days – and returning to his home town he entered the temple where he chose to read these words of Isaiah “The Spirit of the Lord is upon me” Jesus preached “because he has anointed me to bring good news to the poor. He has sent me to proclaim release to the captives and recovery of sight to the blind, to let the oppressed go free, to proclaim the year of the Lord’s favor.” And… boom. He rolled up the scroll, gave it back to the attendant, and sat down. Total mic drop. The eyes of all in the synagogue were fixed on him and I’m sure everyone was like, “wait. What just happened?” Then he began to say to them, “Today this scripture has been fulfilled in your hearing.”

Hell of a first sermon.

This week as I reflected on this text, I kept thinking about what it would be like for us were Jesus to come here one Sunday and pick up a booklet that said “sermon”. Maybe he’d walk in from 40 days of battling his demons in the back country, being tempted by Satan. “I’ll give you everything and it will be so easy” said that voice that wouldn’t leave him alone when he was camping solo. “You could have authority and power and Twitter followers and stock options and influence – I’ll give you everything if you just worship me and not God”…..it was obviously the original come to the dark side scene.

But Jesus knew false promises when he heard them.

And after 40 days of fasting and isolation and facing the darkness and kicking at it until it bled daylight[1] Jesus had some things to say.

Our guy was ready to PREACH. So I kept imagining what would it be like, if he came into House for All Sinners & Saints to preach that first sermon, his jeans loose from 6 weeks without eating. Since, you know, right after his baptism in the Jordon when the Spirit led him into the wilderness, he didn’t exactly have time to grab some Cliff Bars. His face thin, but bright. He holds himself without apology, inhabiting his own unique shape in the world so completely that it almost creates a space around him for all of us to relax into un-self-conciousness and we sink out of our heads and into our bodies.

And when he opens his mouth to speak, it’s as though there is something both common and melodic about his voice. A voice that is as familiar as the sound of our own heartbeats. A song we had forgotten and yet still know by heart.

Maybe, just maybe, our Lord would say something like,

The Spirit of the Lord has anointed him to bring good news to the poor.

-The Spirit of the Lord has anointed him to forgive all your student loans.

-to look the Dow Jones in the eyes and laugh

-to dismantle our system of profits at the expense of people

Because the Spirit of the Lord had sent him to bring good news to the poor.

– to remove the feeling of worthlessness from the depressed

-to bring rest to the sleep-deprived parents of babies

And then I imagine me shifting my weight around in my seat – when I realize his sermon is going over 10 minutes and realizing that Jesus might not know how we do things here. And then I imagine him looking at me and giving me the most loving “get over yourself” look ever and I imagine us all laughing including the babies and then I imagine little Avery and Harper walking up to him hand in hand and offering him some animal crackers from the snack table and he gladly taking them before continuing.

and then he says that he has also come to bring recovery of sight to the blind.

–       to forever change the say we see those whose abilities differ from our own.

–       To allow us to see who we really are, to again glimpse the image of God in ourselves and others – to again see that thing that has always been there but is so obscured and made opaque by years of competing messages.

Because the Spirit of the Lord has sent him to bring recovery of sight to the blind.

The Spirit of the Lord has sent him to bring freedom to the oppressed, the over worked, the under-appreciated, the last chosen, the unlovely, the despised and unseen, the overly-proud, the parts of ourselves that are so small.

And maybe that is what our ears might hear were Jesus to stand at this janky music stand and say:

“The Spirit of the Lord is upon me, because he has anointed me to bring good news to the poor. He has sent me to proclaim release to the captives and recovery of sight to the blind, to let the oppressed go free, to proclaim the year of the Lord’s favor.”

And then he sits down. And the eyes of out whole congregation are fixed upon him. No one moves. Not even the kids. And then he says,

“Guys, stop looking at me – you have what you need. It’s all here. Today this scripture has been fulfilled in your hearing.”

December 30, 2015
You Are Not Alone; A Sermon on Mary, Elizabeth, and Being Given One to Another
Next Post

February 9, 2016 a little reading for Fat Tuesday/Ash Wednesday (from Accidental Saints)
Recent Comments
0 | Leave a Comment
"Grief and loss are really tough things to deal with. Sermons on this matter from ..."
Don Davies An All Saints Sermon on Grief ..."
"Ive read the bible. Its the #1 reason I am not Christian. The behavior of ..."
JD The Denver Statement
"To trust in God rather than try to analyze His motives (meaning, sit in judgment ..."
Eric Rachut The Denver Statement
"You tell me."
JD The Denver Statement
Browse Our Archives
Related posts from Nadia Bolz-Weber