“Father, Can I Tell Your Congregation How Resurrection REALLY Feels?” – a Sermon on Conversion 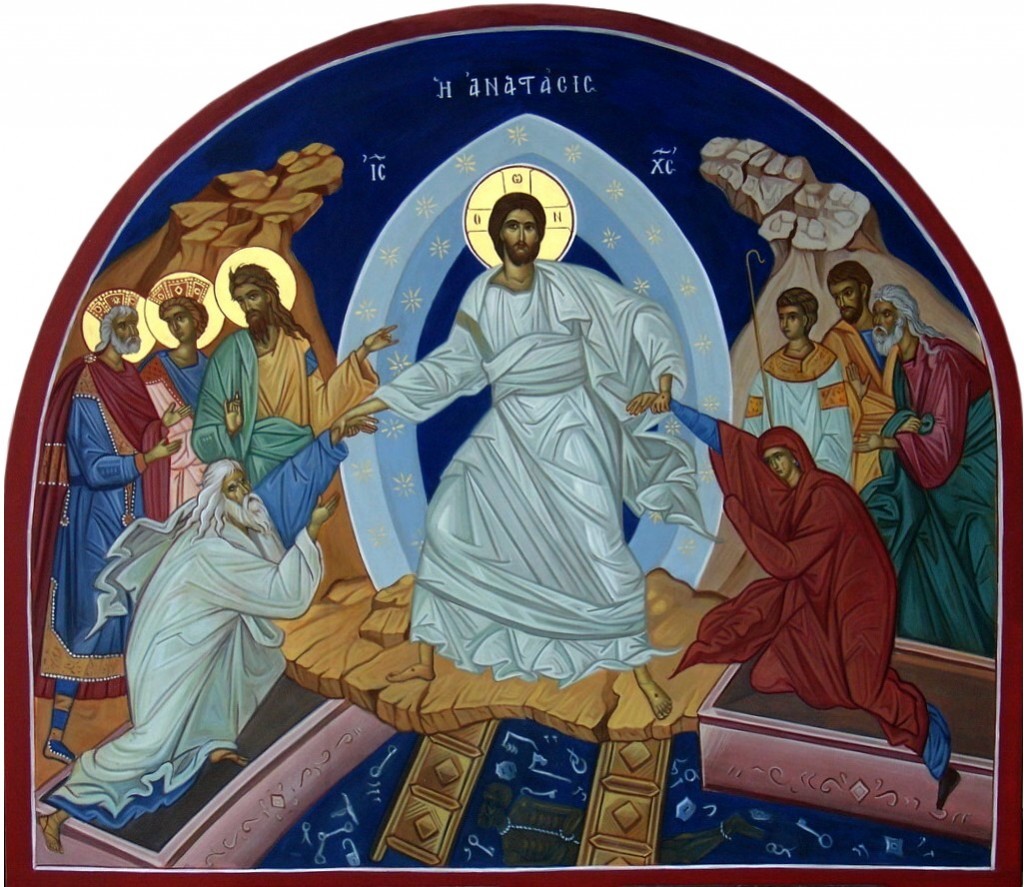 “She crashed into the Easter Mass

with her hair done up in broken glass.

She was limping left on broken heels.

‘Father can I tell your congregation how a resurrection really feels?”

These lyrics from the band The Hold Steady are among my favorite of all time. They’ve rolled through my head all week as I thought about resurrection and conversion. I kept thinking about how sometimes born again Christians will ask me, “when were you saved?” and how I like to reply “gosh, I guess it was over 2,000 years ago now”

I know what they mean though, they want to know what my so-called road to Damascus story is – when did I see the light and change my cheaten’ ways. It’s funny that the term “Road to Damascus” has become short-hand for religious conversion though.

Since I’m not so sure that Saul’s conversion happened on the road to Damascus…sure the pure drama of being blinded by a light and hearing a voice from heaven is great material for a Cecil B Demille movie… but for me the real miracle took place after he arrived at Damascus. Saul (which was his name before it was changed to Paul) well, Saul, we are told, was going town to town arresting his fellow Jews who believed Jesus was the son of God. The young hero of our story was so zealous about persecuting Jesus followers that our text says he was breathing threats and murder. The very air in his lungs was self-righteousness and a drive to purge what was impure out of the religion he excelled at (which of course means he’d of fit right in the current North Carolina State Legislature). Anyhow…earlier in Acts, Saul, our young superstar of religious purity was present at and indeed approved of the stoning of Steven, the first Christian martyr and now Saul had secured the full support of the religious authorities in Jerusalem to hunt down other followers of Jesus, bind them and deport them to Jerusalem where they would stand trial and likely follow their brother Steven in martyrdom.

They had been warned, Ananias and the other Jesus followers in Damascus, that Saul was coming. They were understandably afraid and likely angry that their fellow Jew was hunting them down.

I know I myself would avoid the guy at all cost were I in their situation. So when Ananias heard in a vision that Jesus wanted him to go and actually seek Saul out – the same guy he’s trying to avoid, he had every reason to pull a Jonah and go the exact opposite direction but he didn’t … and the result changed everything. Somehow, Ananias’ conversion allowed for Saul’s conversion – because Ananias’ own fear was converted to love and when he found this Saul, he laid his hands on him and called him brother. This, I believe was Saul’s true moment of conversion and I bet it felt kind of awful.

It’s a fairly crazy-making thing about our faith – that our own salvation is so intrinsically tied up into the salvation of people we don’t even like.

Ananias laid hands on the man who had been breathing threats and murder against him and any who called Jesus the son of God and he called him, brother…and it was perhaps the perfect one-word sermon. Ananias had experienced the risen Christ in their midst and believed that God can raise the dead. Even Saul. This act of forgiveness and reconciliation was so powerful that the scales on Sauls’ eye could not help but fall. Saul’s old dualistic, violent ways of seeing evaporated in the face of such undeserved mercy and reconciliation. We are told he ate and then immediately was in the temple proclaiming Jesus as the Son of God and perhaps saying “Rabbi, can I tell your congregation how resurrection really feels?”

I want that kind of faith. The kind that believes God can raise the dead and convert my fear into love and make a brother of my enemy.

Because honestly I also want to keep all my own ideas, and biases and comforts. I want that kind of faith but I also want to hold on to any justified anger I have brewing and my self-righteous judgments about people who think and live differently than I do.

Sometimes I want to believe that God can raise the dead just like, 1% more than I want to remain unchanged. Which means that resurrection thing – the continual conversion to a life of faith in Jesus Christ is gonna hurt a little.

I mean, I imagine Jesus coming to me in a vision and saying

And I would say “here I am Lord”

and he would say, wake up and go to Highlands Ranch. There you will find a Donald Trump supporter who helped draft the legislation in North Carolina that makes people go into bathroom situations that are not safe, they also are a big proponent of reparative therapy and belong to a church that does not recognize the ordination of women

And I would say “Hell no”

And Jesus would say get over yourself (It’s Jesus’ very favorite thing to say to me) Nadia, this person has seen in a vision that a very large tattooed lady will come and lay hands on them so they can regain their sight

And Jesus would say Look, I’ve decided I’m going to use this unlikely person to spread the Gospel – but don’t worry, it’s not like it’s going to be very comfortable for them either.

In a pleasingly ironic turn of events, 16 chapters later in the book of Acts, after Saul became Paul he himself ends up arrested for his Christian shenanigans and when he is standing in chains before King Agrippa he recalls again his conversion that started on the road to Damascus and there Paul asks “Why is it thought so incredible to any of you that God can raise the dead?”

There is no justice as we understand it in a man seeking out his persecutor laying hands on him and calling him brother. I’m fairly certain that I cannot muster up that kind of reconciliation on my own. But Jesus says we don’t have to. Jesus says “I’ll go first”. Before he is even dead on the cross he asks God to forgive those who put him there. He lays hands on his own deniers. Goes so far as to make a grilled fish breakfast for them. He was among his own persecutors and he was bringing peace. This is what allowed Ananias to lay hands on Saul and call him brother, and what allowed Steven to ask for the forgiveness of Saul and the others who killed him the moment before he was stoned to death.

Lord, We are people of the Damascus road, people of reluctant prophets and hearts of stone turned to flesh and difficult resurrections. Our own lives cry out for the kind of healing that comes from you messing with us. Our country is divided, our families are fractured, our relationship need mending. As you did with Ananias, convert our fear into love. Send our enemies to lay hands on us and call us brother, sister, friend so that we might see again. Scavenge what is dead in us and bring it back to life. We know it might hurt. But as your people we will share that pain and then share also in the joy – until the day in which we gather around your throne next to all the people we never thought should be there.

In your holy and blessed name we pray, Amen.

March 30, 2016
Yoga, Pizza, and the Hubble Telescope: A Maundy Thursday Sermon in 5 Parts
Next Post

April 30, 2016 Dearly Beloved; a Sermon on Shutting Up the Accuser
Recent Comments
0 | Leave a Comment
Browse Our Archives
Related posts from Nadia Bolz-Weber