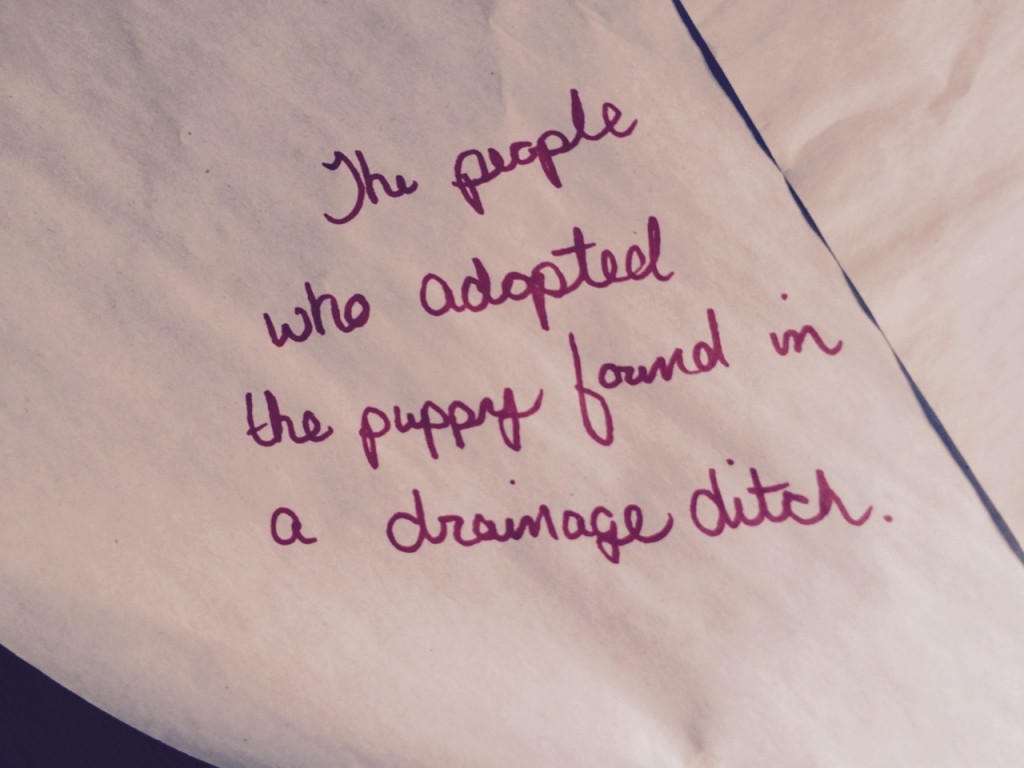 (Sermon are meant to be heard. Please click above to listen along)

A man was traveling on the road from Jerusalem to Jericho….when a group of robbers, or terrorists, or racist cops attacked him by a suicide bomb ….or an AR-15 assault riffle…. or by shooting him as he lay on the ground – and they left the man for dead; outside the airport… or on the floor of the gay night club,… or in his car next to his girlfriend, …or along the route of the protest march.

And the entire assault was captured on a bystander’s cell phone and immediately uploaded to Facebook within seconds.

A Lutheran Pastor walks by and is so absorbed in watching the video of the attack and formulating her perfectly articulated outrage on Twitter that she doesn’t even see the beaten man that is literally right next to her. She wants so badly to be the “good ally” that she misses an opportunity to show compassion to an actual human being right in front of her.

Then a Director of a non-profit walks by and is too burdened by the way in which he himself is complicit in the availability of the weapon, or the bad conditions of the road, or the rigged economic system that contributed to the man traveling alone on an unsafe road, that he chooses to not even look up from his Poetry Almanac app. And he too missed the chance to show mercy.

So now, by the time the Samaritan comes along and sees the man who was robbed and assaulted, gives him water and a cliff bar, dresses his wounds, give him a ride to a hotel, stays the night with him to make sure he is ok, and pays the Marriott bill in full…well by this time, the media has already posted thousands of articles about how often these attacks happen and there is a 24 hour long news cycle that shows the video of his assault over and over and HuffPo and CNN and Slate have all now told the story of the assault from every angle imaginable. It’s all anyone is talking about so it starts to feel like it’s all there is.

I’m not sure about anyone else, but this week it started to feel as though our newfeeds, TVs and radios had been replaced with some sort of an Atrocity-of-the-Day Calendar of terrorist attacks and police shootings and hate crimes.

So I was understandably dreading office hours this week because I just didn’t feel like I had any wisdom. I had nothing insightful or helpful to offer so I was grateful that what I so clearly did not have to offer was (again) offered to me by those who showed up. Meghan was quiet the whole time, as is her way. But when Aram asked what she was thinking she shared what Stepehn Gould wrote in an op-ed soon after the 9-11 terrorist attacks:

“Good and kind people outnumber all others by thousands to one. The tragedy of human history lies in the enormous potential for destruction in rare acts of evil, not in the high frequency of evil people. Complex systems can only be built step by step, whereas destruction requires but an instant. Thus, in what I like to call the Great Asymmetry, every spectacular incident of evil will be balanced by 10,000 acts of kindness, too often unnoted and invisible as the ”ordinary” efforts of a vast majority.

We have a duty, almost a holy responsibility, to record and honor the victorious weight of these innumerable little kindnesses, when an unprecedented act of evil so threatens to distort our perception of ordinary human behavior”

So, church, I stand here to say that as I was despondent about our atrocity-of-the-day world – and as I was at the same time reading this story of the Good Samaritan over and over there was something that was glaring – a simple thing in this story that made all the difference for me this week. It’s a thing called: Column inches.

Look at this story again.

The entire focus of the story of the Good Samaratin, was not on the violence or the idiocy. The focus of the story was mercy and lovingkindness. The robbers get about a dozen words but the Samaratin gets the rest of the story. Because it is not the parable of the Robbers. Amen? It’s the parable of the Merciful Samaritan. And yet this week I was afraid to look away and see any good because to do so felt perilously close to pretending that the violence wasn’t bad.

As Christians we can sit in the suffering, we can name the evil forces of racism and gunviolence, we can confess our own complicity and we can lament and protest. But what we can never do is concede more ground to Satan than he himself has claimed. We will not be deceived into reversing the math and believing that evil has the numbers, because it does not. Omar Mateen, the Orlando nightclub shooter was 1 man. His act of terrorism and murder and hate had a devastating effect on so many lives and the city of Orlando. But you can not tell me that the evil of one man won when in response millions of people all over the world marched in support and love for those effected. It’s not vapid optimism – it’s just math. What Omar Mateen intended for evil, God used for good.

I will not choose nihilism. I won’t do it. Not while I believe in the love of God – a God who defeated sin, death and the devil. Evil rages but it’s also pathetic. So as an act of defiance tonight, we will surround the names of those who died this week with words of lovingkindness. We will write down every act of kindness and generosity that we can remember happening this week. If Stephen Gould’s math is right, we need 10,000 but the good news is that there is more than that out there. Because this world is not a parable of Robbers. This world is a parable of God’s light which scatters darkness.

See, in the same 24 hour news cycle that only can speak of evil – babies were born

and people feel in love

and caseroles were bright to the home-bound

and prayers were said

and flowers were brought to the Dallas police department

and people made up

and when pastor Reagan’s car broke down in the middle of nowhere during his vacation, someone came along at just the right moment and towed it 126 miles all the way to Denver.

and Every second of every day our God arrives unannounced in the merciful and loving kindness of other people and in the midst of single acts of evil I want to be a warrior of that. AMEN.

July 13, 2016 Accidental Saints (Paperback) Book Tour!
Recent Comments
0 | Leave a Comment
"Grief and loss are really tough things to deal with. Sermons on this matter from ..."
Don Davies An All Saints Sermon on Grief ..."
"Ive read the bible. Its the #1 reason I am not Christian. The behavior of ..."
JD The Denver Statement
"To trust in God rather than try to analyze His motives (meaning, sit in judgment ..."
Eric Rachut The Denver Statement
"You tell me."
JD The Denver Statement
Browse Our Archives
Related posts from Nadia Bolz-Weber