I talk a lot in my book (and this blog) about the importance of introducing secular kids to religious concepts, ideas and people. In my view, and maybe yours too, this is the only way kids can build compassion, literacy and genuine tolerance for the religious in their midst.

But the same is true in reverse.

As America becomes more secular — 23 percent of us are Nones, according to the most recent Pew Research figures — it’s becoming increasingly important that religious parents talk to their kids about us. Religious kids need to be introduced to nonreligious concepts, ideas and people so that they, too, can build literacy and tolerance for the nonbelievers in their midst. 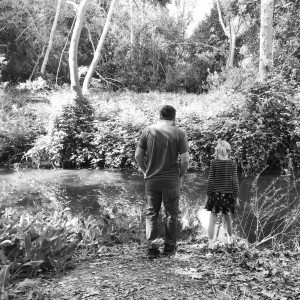 Okay, I realize this may be a hard sell.

Many religious parents will undoubtedly see this line of tolerance-building as opening doors that they want to keep closed. Some have hell to contend with, after all. Some worry about what Grandma will say. Some would rather not open themselves up for tough questions (not to mention doubts).

So here are four simple things you can say to your kids to build a little tolerance for me and my family — and the millions of others like me. (Thank you in advance, by the way. Seriously.)

June 30, 2015
Everything you need to know about Islam (Okay, maybe not everything)
Next Post

July 8, 2015 Death is the One Thing that Makes Me Wish I Believed in God — And the One Thing That Won't Let Me
Recent Comments
0 | Leave a Comment
"God is real and I had a near death experience through a total heart stop ..."
OurSaviorLives Death is the One Thing that ..."
"Of course, where else are they going to be taught how to say the Lord's ..."
a_b704 Do Kids Really Need an Atheist ..."
"Thanks for sharing.Keep it up Indian Festival Powder"
Florida Freedivers Quick! What the Hell is Holi?
"What statistics do you have that shows the rate is "low"? If we're just guessing ..."
Keith Colter Private: ‘My Classmate Told Me I’m ..."
Browse Our Archives
get the latest from
Nonreligious
Sign up for our newsletter
POPULAR AT PATHEOS Nonreligious
1