5 Reasons Not to ‘Fake Religion’ for the Kids

5 Reasons Not to ‘Fake Religion’ for the Kids November 20, 2014 Wendy Thomas Russell 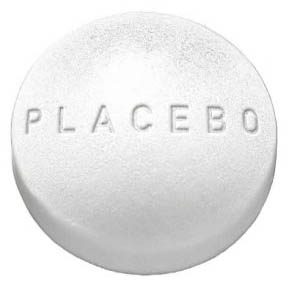 I once read a blog post on mommmish.com under the headline, I’m Not Religious, But I’m Considering Faking It For My Daughter. The writer, Lindsay Cross, explained how she felt guilty about denying her 5-year-old “the chance for faith.” She wrote: “I feel bad thinking that she won’t grow up with the community and the support of a church. Even though I chose not to follow that path as an adult, I want her to be able to make that choice on her own and when she’s ready.”

Cross, a former Presbyterian married to a former Catholic, said she lost her faith but still appreciates the role religious institutions play in her community, particularly for children.

“… churches provide moral outlines and community structure for children,” she wrote. “There are studies showing that children who attend church get better grades. Other research says kids who attend church are better behaved. Still more shows that religious teens are less likely to use drugs.”

I was thrilled to see Cross write so openly about this. I think “faking religion” is far more rampant than people let on. Parents who believe that their children might benefit from the perceived comforts of God, or worry their non-belief will confuse or even harm their children, are more likely to give religion the old Silent Treatment or even take active steps to mislead their little ones — at least in the beginning. I recognize the complexity of the situation and don’t wish to make anyone, least of all Cross, feel bad. We’re all in this together. And each person’s situation is unique.

That said, faking belief is not the answer, and here’s why.

1. We must model the behavior we want to see. Honesty is a basic building block of morality. Lying or intentionally misleading kids about important subjects is not the example we want to set. Eventually, the truth will out, and our kids might get the impression that honesty is negotiable in our eyes. We lie to them now. They lie to us later. We mislead them now. They mislead us later. Trust me, it doesn’t feel good to be on the receiving end of a lie — now or later.

2. Church doesn’t make kids “good.” Period. Sitting in a pew or on a prayer rug for a couple of hours a week has almost no effect on a child’s sense of right or wrong. Did Jesus and Muhammad want people to be good to one another? Yes. Do Jesus and Muhammad have anything on parents in this regard? No. We are the ones showing our kids how to be good people, and why. We are the ones steering them straight, teaching them manners, giving them self-confidence. There may be correlations between church attendance and lower drug use — but studies have found that religious are no more moral than nonreligious people. Don’t give church, or God, the credit that belongs to a strong family unit, and don’t pat others on the back for all the hard work you as parents are doing at home.

3. This is one shot you don’t get to call. You can show your kids how to pray, take them to temple, sign them up for Vacation Bible School. But without heavy-handed indoctrination at home (which nonreligious parents are usually unwilling to employ), most children are unlikely to be “swayed” by any of it. Kids are smart and savvy. Be honest about what you believe and what others believe. Be open about the wonderful things some people get out religion, but then acknowledge that you’re not one of them — and that you’re a perfectly happy, well-balanced person! Encourage kids to explore religious beliefs for themselves. If they want to pray or go to temple or attend Vacation Bible School, great. But let them set their own course. They’ll thank you for it.

4. It’s a copout. Parents who feel compelled to fake belief are usually responding to a fear within themselves — one entirely divorced from the spirituality of their children. Maybe you don’t want to be judged by others in the community. Maybe you are trying to avoid the wrath of your religious relatives. Maybe you want to protect your kids from feeling alone or fearing death or being excluded by their peers. But any goal that requires altering reality is not really a meaningful goal. Better to be driven by love and suffer the consequences than to be ruled by shame and fear — whose consequences promise to be far worse in the long run anyway.

5. Community is everywhere, not just in church. So many of us grew up going to places of worship on a regular basis, seeing the same people over and over again, getting to know them, becoming their close friends. We felt supported by them, loved by them. It’s no wonder that some parents look at their own children and worry that they may be depriving them of something special. But this is a somewhat shortsighted view. A community is just a group of people with something in common. Religious communities have their faith in common — but there are so many more! Community can be found in schools, at soccer practice, in play groups, at the gym, at yoga, at work, in neighborhoods, in clubs and in classes. My personal favorite are plain old friend communities — communities of friends built through a whole variety of connections with one undeniably important thing in common: You! Rather than asking your child to conform to someone’s else’s community, why not find out what sort of community is best suited to your child? Or asking yourself what community is best suited for you? Won’t those be the longer-lasting communities anyway? And, hey, if Sunday services are really your thing, look into a Unitarian Universalist church. There, at least you’ll be accepted without having to lie about who you are.

Have you ever faked religion for the kid’s sake, or known someone who has? How did it go? 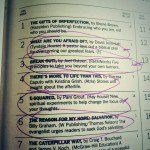 November 25, 2014 It's Not a Contest. But Young, Single, Secular Women Are Winning Anyway
Recent Comments
0 | Leave a Comment
"God is real and I had a near death experience through a total heart stop ..."
OurSaviorLives Death is the One Thing that ..."
"Of course, where else are they going to be taught how to say the Lord's ..."
a_b704 Do Kids Really Need an Atheist ..."
"Thanks for sharing.Keep it up Indian Festival Powder"
Florida Freedivers Quick! What the Hell is Holi?
"What statistics do you have that shows the rate is "low"? If we're just guessing ..."
Keith Colter Private: ‘My Classmate Told Me I’m ..."
Browse Our Archives
get the latest from
Nonreligious
Sign up for our newsletter
POPULAR AT PATHEOS Nonreligious
1