‘Can Kids Be Good Without God?’ Are We Still Really Talking About This?

‘Can Kids Be Good Without God?’ Are We Still Really Talking About This? February 24, 2015 Wendy Thomas Russell 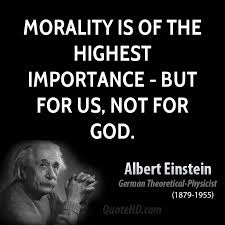 In case you’re interested, the Los Angeles Times will be hosting a live video discussion tomorrow centered on the question: “Can kids be good without God?” Phil Zuckerman, a super-bright secular studies professor who is promoting his book Living the Secular Life: New Answers to Old Questions, will be joining Patt Morrison for the discussion, which will take place at 11 a.m.

Zuckerman recently wrote an op-ed piece for the Times titled “How Secular Family Values Stack Up,” where he revealed the many virtues of raising kids in secular homes. The piece was read and enjoyed by a wide audience (myself included!), but apparently sparked some debate on the site, too, specifically in regard to the fact that secular kids are just as moral (and sometimes more so) than religious kids. So the Times is now exploring the issue a bit more.

That’s all good, I suppose. But I have to say that this whole “morality-isn’t-tied-to-religion” thing is starting to feel like the new “evolution-is-true” debate. And by that I mean: It’s not a fucking debate.

I don’t know anyone personally who believes that godless people are immoral. Why? Because it’s so ridiculously obvious. Examples to the contrary are everywhere — in studies, yes, but also right in front of us. Human history is full of moral atheists.

Take William L. Moore, a postal worker and Congress of Racial Equality (CORE) member who staged lone protests against racial segregation in the 1950s and ’60s. He was murdered on his final protest in 1963. Atheist.

Or Andrew Carnegie, who made a fortune in the steel industry in the late 19th century and then gave 90 percent of it away to charities and foundations — some $350 million. He also called publicly on the wealthy to use their money to improve society, which led to a huge spike in philanthropy. No gods for that guy, either.

So give me a break. This debate is not roaring. It’s over.

I would venture to say that the ONLY people who bother arguing to the contrary are very stubborn, very religious people who refuse to look at facts. It’s creationism all over again — and I see very little point in arguing about people’s emotional reactions to the truth.

Evolution is true. People don’t need religion to be moral. These are facts. Whether these facts make some people feel upset or angry isn’t really my concern. Argue all you want; the facts won’t change.

The only thing I think we should be concerned with, frankly, is whether these very stubborn, very religious people who refuse to look at facts are using their emotional reactions to said facts as an excuse to take away our rights or someone else’s rights, or to commit a crime, or to hurt someone, or to hurt the planet.

But I’m totally not worried about that.

Because that would be immoral.

February 16, 2015
Five Things Worth Knowing About Coptic Christians
Next Post 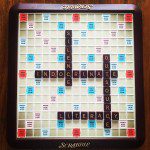 February 27, 2015 6 Types of Secular Parents: Which Are You?
Recent Comments
0 | Leave a Comment
"...Columbus was not a heroic discoverer, but an amoral criminal...Don't forget that he was a ..."
Eberhardt von Hessen In 1492, Columbus Did Things One ..."
"An obvious left wing slant on Catholicism by someone who obviously is not Catholic and ..."
jonny 12 Simple Differences Between Catholics and ..."
"Holi Festival is regarded as a spring festival of India that welcomes spring after seeing ..."
Sonampurohit Quick! What the Hell is Holi?
"Good list! I may be slightly biased but you need to add Willow the Wonderer ..."
Reeta Dhar In Lieu of the Bible: 50 ..."
Browse Our Archives
get the latest from
Nonreligious
Sign up for our newsletter
POPULAR AT PATHEOS Nonreligious
1

'Provocative' critic of Islam stabbed at...
The Freethinker
Related posts from Natural Wonderers