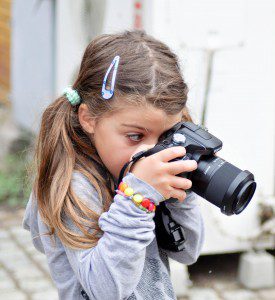 How we talk to our kids about religion is an evolving skill.

It used to be that parents just passed onto their kids what they themselves were taught as children. But as more and more Americans move away from religion — 7.5 million of us in the last two years alone — many are having a tough time broaching the topic with the little ones.

We don’t want to indoctrinate our kids, but we don’t want anyone else to indoctrinate them, either. Too often, parents handle the challenge by saying nothing at all. They simply ignore religion, treating it as something to talk about “later” when kids get “older.”

That’s not necessary – or helpful.

Little kids can handle a lot more than we think they can. At 5, for instance, my daughter was able to easily grasp the differences between fact, fiction and belief. She understood that “belief” was something some people believed to be “fact” and that others believed to be “fiction.” And she wasn’t the least bit unusual in that. Sometimes parents underestimate their kids’ intelligence as a subconscious excuse to get out of uncomfortable situations.

Yep, that’s right. In addition to having brains, children also have ears. You may not talk about religion directly to your young kids, but it doesn’t mean they aren’t hearing what you think. You make occasional comments. You watch TV shows and movies (or have books in your bookshelf) that reference religion in certain ways. You offer up your opinions in the company of friends. Make no mistake: You are sending messages about religion, whether you intend to or not.

3. Religious tolerance is a learned behavior.

Building understanding and compassion between groups of people who oppose each other’s ideology isn’t just some feel-good idea. It’s essential to creating a better, more peaceful, less divisive future. But if kids don’t learn about religious diversity, we can’t lay a foundation for religious tolerance. We wouldn’t ignore the fact that people are different races or ethnicities. Or that people come from different socio-economic backgrounds? Or that people have different political perspectives? So why ignore religion? No matter what someone looks like, where they come from, how much money they have, who they vote for, or what god they worship (or don’t), they are people. And people deserve compassion. The earlier we drill that into our children, the more time they have to live that message – and spread it around.

To a young child, there are few things more interesting to talk about than the existence or nonexistence of God. (God is like the superhero of superheroes, man!) But kids can’t ask questions if they don’t know what questions to ask, and you are the key master for that particular door. Astronomy is easy. All kids have to do is look up on the sky at night and they’ve got a million questions lined up to ask. But if religion isn’t a topic of conversation in your home, kids don’t have any reference point to start conversations. So help them out a bit. Give them some starting points, and watch the questions pour in.

5. What they learn could protect them.

Sad Fact of the Human Condition No. 4,213: Kids aren’t always so nice to each other. It’s possible that, at some point during elementary school, some dickheads will make your kid feel like a freak for being raised in a secular household. It’s good for your kids to have a sense for how to handle these situations if and when they come up. What’s more, and I’ve said this before, but in places where disbelief in God is treated as a bomb, religious literacy can make an effective bomb shelter. Shared knowledge between a religious child and non-religious child may read a lot like shared values – at least on the surface – and that can go a long way toward cooling tension.

6. The sooner, the easier

Trust me on this. I have a nine year old and I’m already beginning to notice a subtle shift in her interest in my wealth of fascinating knowledge. By 12, I’m pretty sure she won’t care what I have to say about Purim or my thoughts on the Buddha. But at ages six, seven and eight, she was like a sponge — reading any picture book I brought home with enthusiasm. Introducing her to the Islamic traditions of Ramadan or the foods of Passover or the Christian nativity story was a piece of cake. Today, because of her own comfort level in talking about religion in our household, hearing her questions and observations about God, religion and faith made it clear: She is the one with the wealth of fascinating knowledge, not me. 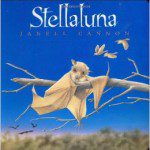 March 27, 2015
12 Best Philosophical Picture Books for Kids — And How to Get the Most Out of Them
Next Post 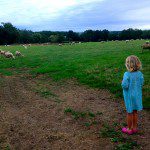 April 1, 2015 Crucifixion Story, As Told By a Freethinking 7-Year-Old
Recent Comments
0 | Leave a Comment
"God is real and I had a near death experience through a total heart stop ..."
OurSaviorLives Death is the One Thing that ..."
"Of course, where else are they going to be taught how to say the Lord's ..."
a_b704 Do Kids Really Need an Atheist ..."
"Thanks for sharing.Keep it up Indian Festival Powder"
Florida Freedivers Quick! What the Hell is Holi?
"What statistics do you have that shows the rate is "low"? If we're just guessing ..."
Keith Colter Private: ‘My Classmate Told Me I’m ..."
Browse Our Archives
get the latest from
Nonreligious
Sign up for our newsletter
POPULAR AT PATHEOS Nonreligious
1