You Know What This World Needs? More Godless Godparents!

Godparenting is kind of an archaic concept.

In the olden days, godparents were appointed to provide children moral guidance by way of spiritual instruction. But over the centuries, the custom has become increasingly secular in nature — in part because religion is not a prerequisite to morality and in part because modern godparents tend to be chosen based on personality and character, not the vastness of their religious knowledge or their dedication to Jesus Christ.

Case in point: Me.

Eight years ago, I was asked to be the godparent of my best friends’s firstborn son, Erik. Fortunately, my friend is Swedish (read: completely non-religious) and the position was one of a general mentor, rather than a religious guidance counselor. I flew to Sweden, and we all planted a tree together. Now, I send Erik gifts on special occasions, and he calls me his Godless Godmother. You know, the standard fare.

HOWEVER: Since I began writing about religion four years ago, I’ve become (as you well know by now) pretty committed to giving my own daughter a broad overview of various religions (including how they developed and why they exist). I do this not only so she will be in a position to choose a worldview that is right for her, but also so that she will learn the value of wisdom, freethinking and tolerance.

Anyway, during the course of all this, I’ve realized that I’m in a position to make one hell of a great godmother — not from an indoctrination standpoint (I’d suck at that), but from an educational standpoint. And, as we recently saw from teacher Jim Morrison, religious education is precisely what more American children need.

Last year, a couple I know, both non-believers, welcomed a baby boy named Kai. In the Spring, during a visit to see them in Washington, DC., I decided to offer myself up as Kai’s godmother. After they got done laughing (who can blame them?), I explained that, when Kai was old enough, I would talk to him about various beliefs from a relatively neutral standpoint. Luckily, I had zero competition in this regard, and they accepted my proposal.

So what about you? Do you have an interest in various religious beliefs? Do you have some knowledge on the subject? Would you be willing to share what you know about faith, religion and God with a child in a way that encourages her to make up her own mind? Then you, my friend, would make an excellent godparent, too. And I would urge you to make the world a slightly better, kinder and more open-minded place by offering yourself up as such.

And, hey, plant a tree while you’re at it. 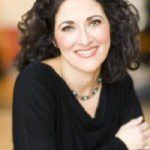 October 17, 2014 5 Ways to Help Kids Embrace Their Religious Differences
Recent Comments
0 | Leave a Comment
Browse Our Archives
get the latest from
Nonreligious
Sign up for our newsletter
POPULAR AT PATHEOS Nonreligious
1