Irish Schools Punish Mom for Not Putting Water on her Kid

Sometimes archaic traditions stand in the way of what’s right.

A story in The Guardian this morning, about an Irish boy named Reuben being rejected from 15 Catholic schools because he hasn’t been baptized has a lot of people shaking their heads.

Instead of starting school last month, Reuben Murphy found himself back in his Dublin nursery for another year as his mother, Nikki, re-embarked on her quest to find a place at a local state primary for her four-year-old son.

She has already applied to 15 schools. But, following rejections from nine last year, Murphy is far from confident that a place will be found for Reuben. In a country where more than 90% of state schools are run by the Catholic church, unbaptised children like him are at the bottom of their admissions lists.

“I’m desperate,” said Murphy. “I’ve met tons of parents who’ve baptised their children just to get a school place. We thought about it, but it goes against our conscience. I feel it would be an abuse of other people’s deeply held religious beliefs.”

First of all, look at that face! Holy mackerel, people. How could you reject that sweet little face?

(Okay, maybe that should have gone down farther on the list. Anyway.)

Second, FIFTEEN schools? Seriously? Not one of those schools thought maybe they could let the baptism rule slide so that Reuben could get an education in his country of origin? So much for doing good and all that. Seriously wonder what Pope Francis would have to say about this one.

Third, aren’t they missing a golden opportunity here? It’s not as though Reuben’s mom is trying to change what the Catholics are teaching her kid; she’s willing to allow her child to be educated by Catholic traditionalists. Seems to me that, considering the dwindling numbers of Irish Catholics going to mass these days, they’d jump at the chance to convert a child who is obviously not being given Catholic instruction at home. (Not that I support that sort of thing! But if you are into conversion, as these particular Catholics obviously are, you’d think, as a practical matter… )

Thankfully, there is hope, according to The Guardian.

A drive to repeal the legislation that allows Irish schools to operate admissions criteria based on faith is gathering momentum. More than 16,000 people have backed a petition to be presented to parliament in the next couple of weeks, and campaigners are determined to raise the issue of unbaptised children in next year’s general election.

I’ve got my fingers crossed.

And in the meantime, I’d love to see a fraction of those 16,000 come together and start a secular school or two — or 15. 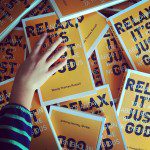 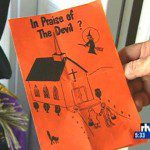 October 27, 2015 Top 10 Religious Halloween Costumes for Kids
Recent Comments
0 | Leave a Comment
"...Columbus was not a heroic discoverer, but an amoral criminal...Don't forget that he was a ..."
Eberhardt von Hessen In 1492, Columbus Did Things One ..."
"An obvious left wing slant on Catholicism by someone who obviously is not Catholic and ..."
jonny 12 Simple Differences Between Catholics and ..."
"Holi Festival is regarded as a spring festival of India that welcomes spring after seeing ..."
Sonampurohit Quick! What the Hell is Holi?
"Good list! I may be slightly biased but you need to add Willow the Wonderer ..."
Reeta Dhar In Lieu of the Bible: 50 ..."
Browse Our Archives
get the latest from
Nonreligious
Sign up for our newsletter
POPULAR AT PATHEOS Nonreligious
1