I was telling my 9-year-old daughter, Maxine, about a series I was doing for this blog — “Mommy, What’s That? — which sets out to give super-simple, age-appropriate ways to explain not-so-simple religious concepts to young children.

Then I told her I wanted to write some more. “What do you think I should I do next?” I asked. “Are there any religious words that you don’t really understand?”

She thought for a minute and then, a bit sheepishly, replied: “Mommy, What’s Religion?”

At which point her whole body seemed to relax and she came up with a few more to throw on the pile: Jewish, Muslim and Catholic.

Judging from the way she said religion, though, I’m pretty certain she was expecting a different reaction from me. Something like:  Seriously, Maxine? You don’t know what religion is? But you use it in sentences all the time!

I admit something like that did cross my mind.

But that’s the thing about childhood, isn’t it? There are so many new words floating around. Asking adults to define all the words kids hear but don’t know would take all damn day. So kids make do with their limited understanding; they piece together meaning from context, or they assume it’s not important. Only occasionally do they actually ask for definitions.

So, remember, don’t wait for them to ask. Give them a break and define religious concepts as they come up. Especially the basics.

Now, what is religion?

Religion is a set of beliefs about how the world came to be, what happens after we die, and how we should behave on Earth. Most religions involve God or gods, but a few don’t. Religion has been around for thousands of years. Many religions have gone away with time, and many others have kept going. Some religions were formed very recently. All religions involve certain activities (like prayer or going to church) and certain holidays (like Passover), and most involve very old books (like the Bible or Qu’ran). 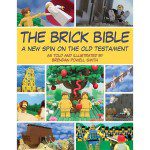 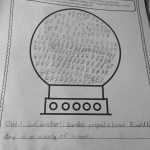 April 24, 2015 Earth Day 'A Waste of Time,' Says Freethinking Third-Grader
Recent Comments
0 | Leave a Comment
Browse Our Archives
get the latest from
Nonreligious
Sign up for our newsletter
POPULAR AT PATHEOS Nonreligious
1