Newsflash: Not All Scientists are Assholes

Newsflash: Not All Scientists are Assholes December 8, 2011 Wendy Thomas Russell

It was with great interest yesterday that I read about a new study revealing that 17 percent of 275 scientists who self-identified as atheist or agnostic had attended religious services at least once during the previous year — and that many had done so for their kids.

Published in the December issue of the Journal for the Scientific Study of Religion, the paper was based on interviews with scientists from 21 leading research universities in the country and co-authored by Elaine Howard Ecklund, a Rice University sociologist and the author of “Science vs. Religion: What Scientists Really Think.”

The research paper cites three reasons that nonreligious scientists accompany their families to religious services. The first, and most obvious: They have religious spouses. The second: They like the sense of community. And the third: They want to expose their children to different types of religions so as not to indoctrinate their children into any one belief system. In these instances, the scientists felt it important for their children to “make their own choices about religious identity.”

In a press release issued Dec. 1 by Rice University — which, incidentally read word-for-word like a Huffington Post column that ran yesterday under Ecklund’s byline (Ariana, honey, where did your standards go?) — a big deal was made about the desire to give children choices, even though the most common reason cited in the study was the presence of religious spouses. (In fairness, they are probably one in the same. People in mixed marriages often opt to let their children choose.)

“We thought that these individuals might be less inclined to introduce their children to religious traditions, but we found the exact opposite to be true,” Ecklund said in the press release and also, ahem, the Huffington Post column. “They want their children to have choices, and it is more consistent with their science identity to expose their children to all sources of knowledge.”

In the video, Ecklund talks about how this means there are sometimes nonbelievers sitting alongside believers in church. And I can see why this might be interesting, especially for those who see atheism as being synonyous with Satanism.

But let’s be clear: Exposing kids to religion, making sure they know what’s going on in the world around them and valuing religious literacy has nothing to do with integrating religion into one’s life, adopting religious beliefs or being open to religious conversion. Celebrating Christmas doesn’t mean Jesus is my savior. Visiting Notre Dame doesn’t mean I’m open to the possibility of a higher power. And  believing that religion is a beautiful fantasy doesn’t mean I want to deprive my child from exporing the meaning of life on her own.

In my opinion, the only people who might deem this study truly newsworthy are those who assume all atheists are — what’s that word again? Oh yeah. Assholes.

I mean, did Ecklund and her co-author, Kristen Schultz Lee of the University at Buffalo, really expect all nonreligious scientists to be rabidly anti-religious? Did she think that these highly educated, intelligent people would rather douse themselves in weird chemical compounds than to talk about the Bible with their kids? Or take them to a mosque? Or celebrate Hanukkah? Did she assume they would simply ignore the huge influence religious faith has in our world?

I’m sorry, but come the heck on.

Add on top of that all the misleading statements, loaded words, and heavy interpretation involved in the study and related stories (But don’t take my word for it — look for yourself!), I can’t help but come away realizing that, as it says in Ecclesiastes 1:9, “there is nothing new under the sun.”

It’s funny to think that in the span of 24 hours, I went from being fascinated by this study to astonished it was ever published at all.

December 12, 2011 When the Godless Pray
Recent Comments
0 | Leave a Comment
Browse Our Archives
get the latest from
Nonreligious
Sign up for our newsletter
POPULAR AT PATHEOS Nonreligious
1 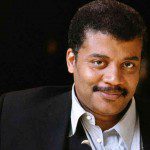