Courting Controversy: Essay on Raising an ‘Only’ Child Kicks Up a Storm (GWEN IFILL SAID MY NAME) 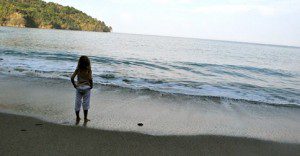 Sometimes you set out to court controversy.

When, four years ago, I decided to write a book about talking to kids about religion in secular households, I knew I’d ruffle some feathers. It’s religion, after all, and it’s children. And if there were ever two subjects open to some passionate f’ing opinions, it’s those two, right?

And yet. And yet! Four years later I’ve rarely seen the kind of seething anger I’ve seen in the last 24 hours, since my largely tongue-in-cheek essay about the benefits of having an only child was published on the PBS NewsHour website. Titled “The case for having only one kid,” the piece recounted the many reasons people have given me over the years to have another child, as well as some reasons of my own to cap the family tree at one.

The essay gained traction almost immediately. By mid-morning, hundreds of people had shared the story, and dozens had commented — not always kindly. A great many
parents were offended, seeing my defense of having one kid as disparaging those with more than one. Others didn’t get my sense of humor (or find my humor at all humorous). Others thought my story amounted to meaningless drivel.

But among all the insults were a great number of thoughtful comments and even some really fascinating debates — all of which helped the story build momentum. Lots and lots of momentum.

By the end of the day, the essay had been shared so many times on Facebook (upwards
of 25,000) and had generated so many comments (more than 300) that it was the No. 1 story on the NewsHour’s website — far above any, you know, actual news. It was also the No. 1 story on all of PBS.org.  (“Even PBS Kids??” my daughter asked, when I told her.)

So popular was the post that it was even promoted on the NewsHour’s television broadcast last night — getting a mention by none other than Gwen Ifill (GWEN FREAKING IFILL, PEOPLE!).

It’s crazy town, I tell you.

This morning the story is still flying high. It has generated more than 150,000 clicks and 10,000 likes from the PBS Facebook page, as well as some 41,000 Facebook shares from the original NewsHour site.

In addition to marveling at the Internet, I’ve truly enjoyed all the discussions and side discussions and side-side discussions. People are sharing their own, personal experiences as only children, or as one of two or three or more; they are sharing their decisions to have one child, or more than one child, or to have no children at all. The sibling question (to give your child a sibling or not to give your child a sibling) is such an interesting one — and so many people feel strongly in favor of one side or another, or feel truly torn over the issue. I had no idea the essay would strike a nerve, but it definitely has.

And I’m damn grateful for it.

Hey, did I mention Gwen Ifill said my name?

(Back to your regularly scheduled programming soon, I promise.) 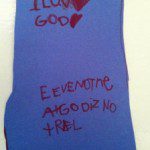 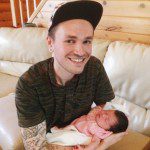 January 16, 2015 Score! Another Point in Favor of Godless God-Parenting
Recent Comments
0 | Leave a Comment
Browse Our Archives
get the latest from
Nonreligious
Sign up for our newsletter
POPULAR AT PATHEOS Nonreligious
1 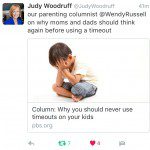 Nonreligious
Calling for an End to 'Timeouts' Rouses a...
Natural Wonderers 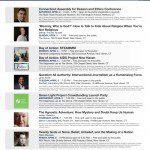 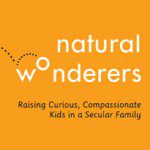