As my legions (read: dozens) of loyal readers will no doubt recall, I recently reviewed a children’s book called Grandmother Fish: A Child’s First Book of Evolution by Jonathan Tweet (illustrated by Karen Lewis). A beautiful and engaging tale told for very young children, the book is, bar none, the best book of its (admittedly kinda limited) genre that I’ve ever seen.

I reached out to Jonathan (who also happens to be an atheist Sunday school teacher in a Unitarian congregation) to answer a few burning questions. Here’s our Q&A.

Where did you come up with the idea for Grandmother Fish, and how did it, um, evolve?

In the late 90s when my daughter was a preschooler, I couldn’t find any good books to teach evolution to preschoolers. Religious people have plenty of books for their little kids, but there wasn’t one for my little atheist. Ever since I was little, I have loved the natural history of life on earth, and I shared that love with her. And I started working on a book about evolution so I could share that love with other little kids.

For years I worked away on the manuscript. Several years into the project, a friend who illustrates children’s books let me know that it wasn’t really ready to submit. I kept toying with it, but I didn’t know how to make it great. Finally in 2013, a month after leaving my last corporate job, the solution hit me. It was a eureka moment, and I was literally in the hot tub when it hit. The insight made me jump because I knew I had finally cracked the problem. The solution was this: The kids listening to the story would mimic the motions and sounds of the “Grandmothers” in the story. They would wiggle like Grandmother Fish and hoot like Grandmother Ape. This breakthrough allowed the book to reach really young kids, and it’s the key feature that makes kids love the story so much.

At first, my plan was simply to release a cheap digital version. I just didn’t want to end up on my deathbed wishing I had published this book. Once I started telling more people about it, however, they liked the idea so much that I decided raise money on Kickstarter for a print version. That’s what I did, and the project funded in three days. 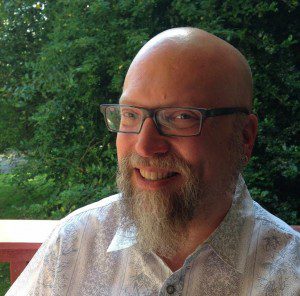 What was the challenge of making evolution kid-friendly?

The human mind evolved to understand stories, which are about people doing things intentionally. But evolution is unintentional, without a direction or a goal. Since I couldn’t hook the child’s imagination with a protagonist, I had to use other tricks. The main trick is getting kids to mimic the “Grandmothers.” Kids love that. The story also plays out in a simple, repetitive pattern, which helps little kids follow the changes from fish, to reptile, mammal, ape, and finally human. Luckily, kids love animals and they love families, and the book is about the great big animal family that we are part of.

Why do you think the book is resonating with so many people?

First of all, most people have never considered how a book might teach evolution to preschoolers. It’s a fresh idea, and one that modern parents instantly recognize as valuable. When I talked to people about my plans to do an evolution book for kids, their eyes would light up, so I knew that adults would love it. And as for children, they love to learn how things go together and what belongs with what. This story shows children where they belong in the great big family tree of life on earth. They often spend lots of time poring over the phylogenetic tree in the back of the book, where they can trace evolutionary lines of descent to all sorts of familiar animals, including dinosaurs and other extinct animals.

Biologist E. O Wilson talks about the power of creation stories around the world, and Grandmother Fish tells the creation story that secular people can get behind.

Were you surprised that the book got picked up by a traditional publisher? Or was that your plan all along?

By the time our deal came through with Macmillan, Grandmother Fish had already been turned down by one agent and by one publisher, so I figured I would be self-publishing indefinitely. But then a post on an NPR blog went viral, the book sold out, and an agent contacted us about it. And that’s how we landed the deal with Macmillan.

What other books or resources on evolution for children would you recommend for secular parents?

As it happens, I have a list of resources written up on the Grandmother Fish website. There’s a lot of good material available, although it’s all for older kids. In addition, from time to time on social media, I point out other resources as I find them. You can find Grandmother Fish on Facebook, Twitter, and Google+. [Jonathan is on there, as well: @GrandmotherFish.] 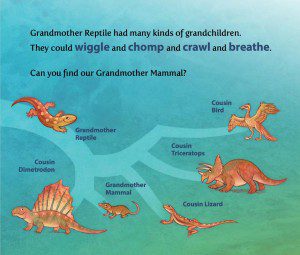 What’s next for you?

Karen and I have created an evolution game for kids called Clades, and we are going to raise money for it on Kickstarter this fall. Games about evolution usually get the science wrong, and I’ve thought for years about how to design an evolution game that would get the science right. Clades is about matching animals, and one of the ways to match them is according to their “clades.” A clade is a complete branch of the evolutionary tree, and it’s a key concept in evolution that I didn’t even know about until I started doing research for Grandmother Fish. The clades concept has changed the way scientists classify animals, and I’m excited to be doing a game about it. Each card has Karen’s delightful animal illustrations, so it’s attractive as well as informative. Follow us on social media to learn about the Kickstarter campaign when it launches. 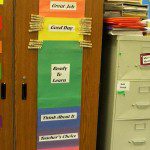 September 21, 2016 'Tolerance is on the Ballot' — and Children Stand to Lose Big
Recent Comments
0 | Leave a Comment
Browse Our Archives
get the latest from
Nonreligious
Sign up for our newsletter
POPULAR AT PATHEOS Nonreligious
1