Thanks so much to my sister for flagging me to some great YouTube videos uploaded yesterday and posted on National Public Radio’s website under the title, 15 Questions About Science And Religion, Answered. Tonia Lombrozo, an NPR contributor and UC Berkeley psychology professor, offered this explanation:

Last April, I joined more than a dozen cognitive scientists at a workshop called “Breaking New Ground in the Science-Religion Dialogue.” The workshop, organized by Cristine Legare at the University of Texas at Austin, aimed to encourage a sophisticated, evidence-based look at the psychology behind science and religion, as well as psychological factors that affect people’s perception of believers, atheists and the relationship between science and religion.

Each of the videos is delightfully short (Let’s hear it for short!), and several touched on child development in regards to the intersection of science and religion. Here are six of my favorite bits.

1. Kelly James Clark talks about why there is so much antagonism in media dialogues between believers and atheists. (I really like his answer!)

3. Will Gervais answers a question about why atheists are distrusted. He says that it comes down to morality. Believers infer that atheists have no “moralizing God monitoring their  behavior,” which makes them, as the put it, “moral wildcards.” I think that’s very true, but I also think there may be a second factor — and that is that we atheists are perceived as threats to religious lifestyles. By failing to join religious groups, we put those groups in long-term jeopardy.

4. Do people become more or less religious with age? This is a question is answered by Jacqueline Woolley, who gives sort of a surprising answer. I’m still chewing on it. What do you guys think?

5. Paul Harris talks about the similarities in the process by which children acquire both science and religion. He points out that, in both learning scenarios, kids have to accept what they’re hearing from adults. Because they cannot observe or test certain facts for themselves, both processes involve belief, acceptance and trust. “I argue that children accept the testimony of other people both with respect to religious ideas and with respect to scientific ideas,” Harris says.

6. Lastly, I really like Tania Lombrozo’s own bit. She talks about whether science and religion are philosophically opposed and focuses her answer on explanatory practices — that is, how science explains things (and revises explanations) versus how religion explains things. In that sense, she says, there is currently a “fundamental incompatibility” between religion and science. As a parent, I found that particularly interesting (and particularly true).

You can see Tania’s longer discussion on this subject, as it appears in a blog post last April, by clicking here. 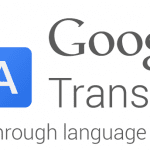 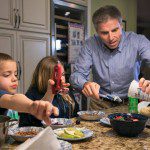 July 29, 2015 9 Things Parents of Successful Kids Have in Common
Recent Comments
0 | Leave a Comment
"God is real and I had a near death experience through a total heart stop ..."
OurSaviorLives Death is the One Thing that ..."
"Of course, where else are they going to be taught how to say the Lord's ..."
a_b704 Do Kids Really Need an Atheist ..."
"Thanks for sharing.Keep it up Indian Festival Powder"
Florida Freedivers Quick! What the Hell is Holi?
"What statistics do you have that shows the rate is "low"? If we're just guessing ..."
Keith Colter Private: ‘My Classmate Told Me I’m ..."
Browse Our Archives
get the latest from
Nonreligious
Sign up for our newsletter
POPULAR AT PATHEOS Nonreligious
1