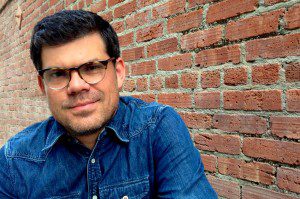 This week, former Seventh-day Adventist pastor (and fellow Pathos blogger) Ryan Bell will finish up his so-called Year Without God — meaning he will officially announce what other news outlets have already reported: After a year of studying the intersection between faith and non-faith, Bell has landed rather solidly on the non-faith side. “I don’t think that God exists,” he told NPR.

In other words, his year without God will soon become his life without God.

So say we all: Welcome, Ryan!

Now, I know quite a lot about what goes into not believing in God (because it’s a whole lot of nothing, frankly), but I didn’t — until very recently — know a single thing about Seventh-day Adventism. And, as it turns out, it’s a pretty interesting little Christian religion they got going on over there.

Here’s some stuff I dug up about it. 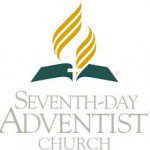 Seventh-day Adventism (and, yes, the “d” is lowercase; don’t ask me why) grew out of Millerism, a movement founded by William Miller in 1833 and based on the belief that Jesus was returning to earth somewhere in the 1843-1844 vicinity. Biblical math being what it is, Miller did have to move the exact date of Jesus’ arrival a couple of times, but EVENTUALLY he settled on Oct. 22, 1844. The problem was — and this is going to shock you guys — when that day came, nothing happened. Millerites called it “The Big Disappointment.” I’ll say! After that, the movement split up. Fast forward to 1863 in the great state of New Jersey: The few folks who stayed the course changed their name to Adventists and found a super-clever way to save face. How?  By telling themselves that shit did, in fact, go down on Oct. 22, 1844 — just not the shit they thought would go down. Instead, they reasoned, Jesus had moved into a certain sanctuary within heaven and began his process of “investigative judgement” — that is, judging human beings and deciding who deserved to go to heaven. Jesus is definitely still planning to come VERY SOON, they say, but this time none of the world’s 17.2 million SDA congregants is banking on a specific date. Smart.

2. The Jews are right: The Sabbath is Saturday.

According to the worlds’ 17 million Adventists, the seventh day of the week — Saturday — is the REAL Sabbath. (Not on Sunday, as other Christians maintain.) It goes back to creation times, when God worked his ass off for six days then rested on the seventh. Secular work and entertainment is discouraged on the Sabbath. If you want to work, people, do it when God did: Days 1 through 6. Also like their Jewish counterparts, the Adventists don’t eat pork or any other “unclean” meats. 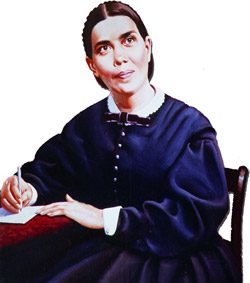 Ellen G. White, co-founder the Adventists, was a prolific writer. But she also claimed to have lots of religious “visions” — which also made her something of an SDA superstar. Today, many of White’s writings are given near-scripture status, and considered second only to the Bible in terms of credibility. Many have noted White’s “spiritual gift of prophecy.”

4. They want you to eat your Wheaties.

The Adventists are a religion very keen on health and diet. And, in a very real sense, they are the reason we have breakfast cereal. Dr. John Harvey Kellogg — who invented cereal along with his brother, William — was an early SDA leader and pushed the church to make health a major tenant. (They even had their own health food company for a while!) Sadly, Kellogg was eventually excommunicated after publishing a book in which he made some pantheistic statements: “God is in everything.” The Adventists, as it turns out, don’t go in for all that hippie crap. There’s only one route to God, and Jesus is the ticket master.

Unlike most other branches of Christianity, Adventists believe that until the Second Coming, all dead people simple enter a deep sleep — a place of complete unconsciousness. As the story goes, upon Jesus’ return, he will bring all those suitable to heaven (where saints will reign), while the rest are simply destroyed for eternity. See? No hell.

Although Seventh-day Adventists could be considered evangelical, they also have a long history (100 years!) of advocating for religious freedom for all people, regardless of faith. In 1893 its leaders founded the International Religious Liberty Association, which is universal and non-sectarian.

Religious freedom is one thing, but something tells me Ryan Bell may have taken things to an extreme in the eye of the church.

December 22, 2014
How to Unravel the Santa Myth Without Breaking Your Kid's Little Ol' Heart
Next Post

January 7, 2015 Paris Shooting: Depressing News Gives Way to Depressing Thoughts
Recent Comments
0 | Leave a Comment
"God is real and I had a near death experience through a total heart stop ..."
OurSaviorLives Death is the One Thing that ..."
"Of course, where else are they going to be taught how to say the Lord's ..."
a_b704 Do Kids Really Need an Atheist ..."
"Thanks for sharing.Keep it up Indian Festival Powder"
Florida Freedivers Quick! What the Hell is Holi?
"What statistics do you have that shows the rate is "low"? If we're just guessing ..."
Keith Colter Private: ‘My Classmate Told Me I’m ..."
Browse Our Archives
get the latest from
Nonreligious
Sign up for our newsletter
POPULAR AT PATHEOS Nonreligious
1