Talking to Kids About Death Need Not Be Depressing

Talking to Kids About Death Need Not Be Depressing January 12, 2012 Wendy Thomas Russell 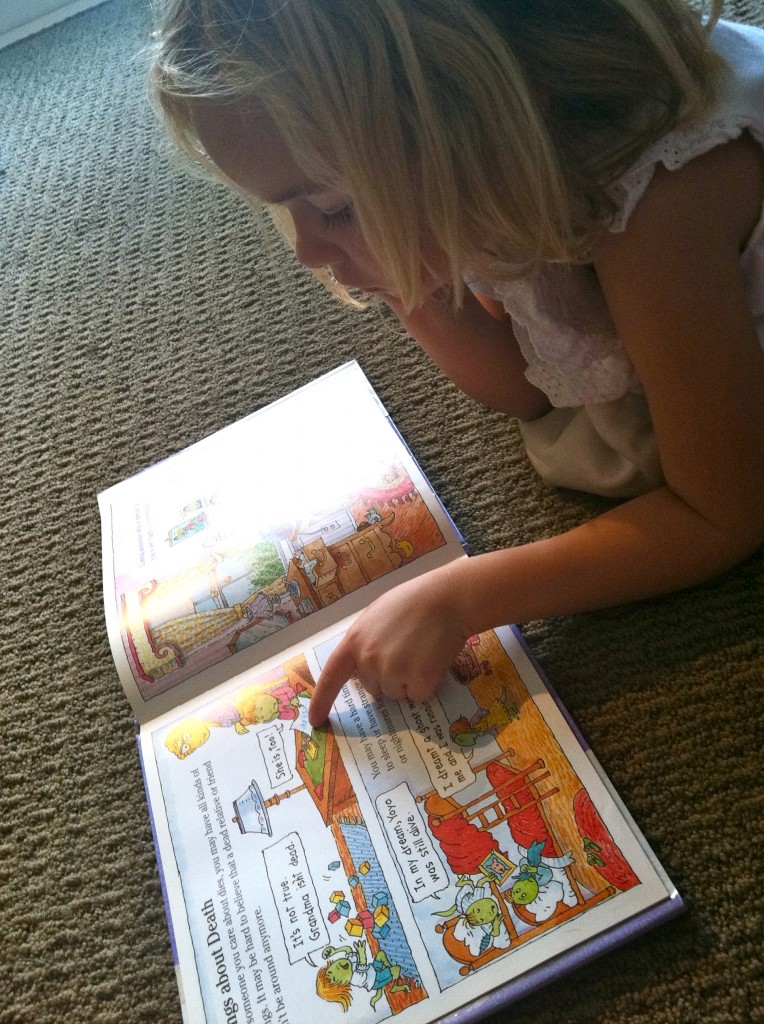 For the last couple of weeks, I’ve been working on a chapter of my book dealing with death. A cheery subject, I know, but an important one —  given that death is a primary reason religion exists at all.

My goal is to make death an easier topic for parents to explore with their kids. What should parents say, and when should they say it? How can they help children cope with the idea of death without the comforting arms of religion.

So far, my research involves reading lots of books with titles about death, dying, mourning and loss. You can see why I put this chapter off for so long. As it turns out, though, the research is not nearly as depressing as it sounds. In fact, it’s felt quite liberating — the way it often does when you confront things that scare you.

I’ve also begun showing kids’ books on the subject to my daughter, Maxine  — who, at 6, seems to be at the perfect age to have these discussions. It’s been fun to gauge how she reacts, what questions she brings up, and how comfortable I am answering them. 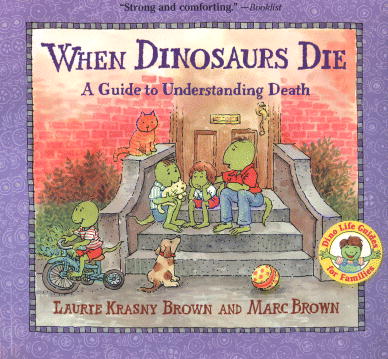 The most successful of the books I’ve found so far is When Dinosaurs Die: A Guide to Understanding Death by Laurie Krasny Brown. It’s a children’s book that explains death in plain, honest terms. Maxine showed an immediate interest in the book, and wanted to read it very slowly so she could carefully consider each picture. She did ask questions, although none were out of the ordinary: 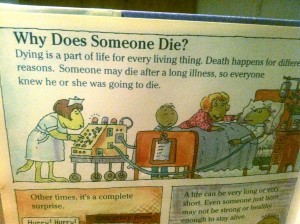 “What’s wrong with him?” she asked, pointing to a man lying in a hospital bed.

“Why is she mad?” she said about a girl who was working through feelings of anger after her grandfather died.

“What is that thing?” she asked when we got to a page featuring a coffin. 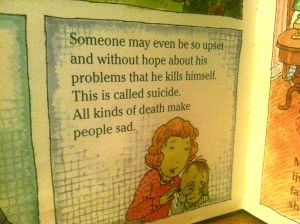 When Dinosaurs Die seems to be aimed at kids who have gone through a recent loss, but it’s also perfectly well-suited as an introduction to death for kids who’ve not yet been struck by personal tragedy. You might think it a bit morbid at first, but it’s actually very refreshing to talk about something so basic to human nature, and to treat it as just another subject.

The book doesn’t pull back in the ways you might think, either. I was impressed, for instance, that the author touches on suicide and murder. I’m not sure I would have thought to mention those especially gritty sorts of deaths. But the fact that she does, and the way she does it, is just excellent.

Other than the title, which sounds a bit too much like a book on dinosaur extinction, the book is great for anyone with kids ages 5 to, let’s say, 9 or 10ish. Okay, now your recommendations. Got any?

January 23, 2012 Help Break New Ground! Participate in Survey of Nonreligious Parents
Recent Comments
0 | Leave a Comment
"...Columbus was not a heroic discoverer, but an amoral criminal...Don't forget that he was a ..."
Eberhardt von Hessen In 1492, Columbus Did Things One ..."
"An obvious left wing slant on Catholicism by someone who obviously is not Catholic and ..."
jonny 12 Simple Differences Between Catholics and ..."
"Holi Festival is regarded as a spring festival of India that welcomes spring after seeing ..."
Sonampurohit Quick! What the Hell is Holi?
"Good list! I may be slightly biased but you need to add Willow the Wonderer ..."
Reeta Dhar In Lieu of the Bible: 50 ..."
Browse Our Archives
get the latest from
Nonreligious
Sign up for our newsletter
POPULAR AT PATHEOS Nonreligious
1

Exposed: the evangelist who was assaulted...
The Freethinker
Related posts from Natural Wonderers 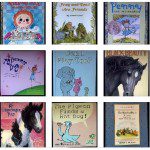 Nonreligious
In Lieu of the Bible: 50 Picture Books...
Natural Wonderers 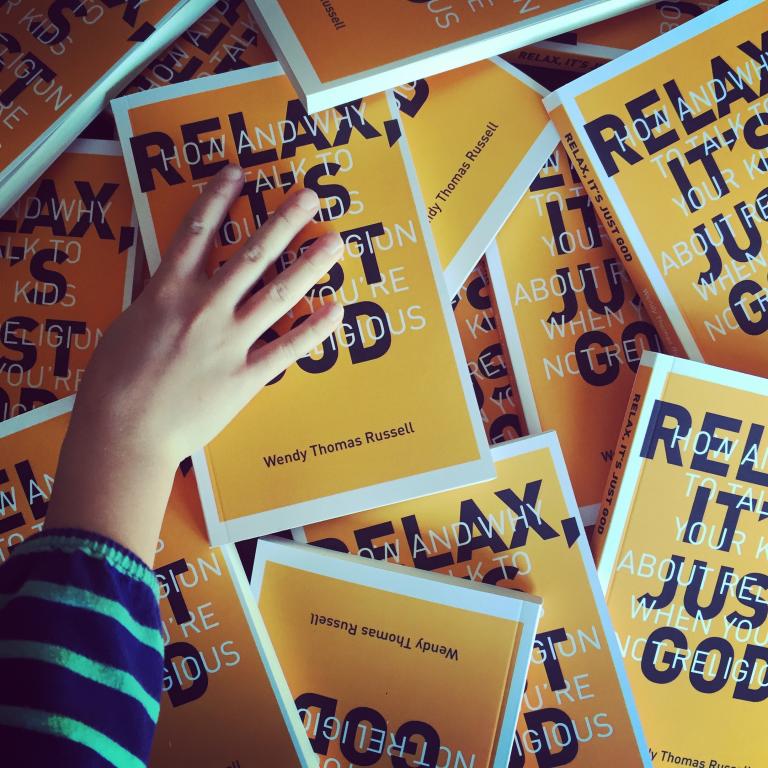