The Fallacy of Raising Kids to Believe Things You Don’t 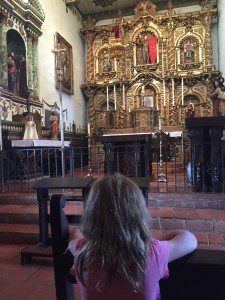 A story written over at Slate a couple of days ago had me doing a double-take. It’s not often you read a first-person account of a parent who has lost religion personally but is raising her kid to believe.

I mean, I’ve always known it happened. My own research has borne that out. (I wrote about the phenomenon here, for instance.) But to glimpse inside the head of one such parents was new for me. The current headline over the Slate story reads: ‘Why Hold a Child Hostage to My Own Doubts’: The confusing, complicated desire of parents with no religion to raise their kids with faith’.

Writer Ruth Graham describes how she was raised evangelical but later turned away from faith. She calls herself “religious but spiritual,” a reference to her reverence for the rituals of church.

The truly interesting part comes at the tail end of the essay, when Graham writes:

For Nones (and None-adjacents like me) who had positive experiences with religion growing up, winding their way back to church, synagogue, or mosque for the sake of the kids has an… obvious appeal. The trouble with children, of course, is that they want to know what’s real and what’s just a story. I dread the day when my daughter asks me if the stories in the Bible are true. My real answer is that some of them are and some of them sort of are and some of them aren’t and that even the ones that aren’t at all are still important because they are our stories. That should work for a 3-year-old, right?

A couple of issues with this.

Second, Graham claims that all Biblical stories, even the ones that aren’t true, are important because “they are our stories.” Where to start…

I know where Dan Arel would start, and that would be somewhere around Sodom and Gommorah. Because THAT’S a story (among so many others) that every kid wants to hear is theirs!

But I’m also interested in this idea that Biblical stories somehow belong to a child, that a child is being asked to take ownership of them somehow — to treat them as important, even if they’re not true, even if they’re nonsensical, even if they’re homophobic or sexist, even they’re mean-spirited. Now, I wouldn’t be talking about this if Graham believed the Bible was the word of God; there would be no point. But coming from a woman who doesn’t personally believe in a great many of these stories — it’s a conundrum, no?

Graham sums up her feelings with this:

In the meantime, I tote my little girl with me to church every Sunday. I hold her in my arms and sing “What a Friend We Have in Jesus,” the Gloria Patri, and the Doxology. She hears the Lord’s Prayer every week, and before I know it she’ll be reciting it herself. I deeply hope it means something to her someday. But I know it might turn out to mean nothing at all.

Okay, I have to say here that I really appreciate Graham’s candor. Not a lot of people would speak so openly about their own confusion on this topic — and I have a feeling that, as a former evangelical, writing at all about her loss of faith is a pretty big deal. So I applaud that, and I don’t wish to turn this into a poop-on-Slate post. Not at all.

But do hope that Graham will rethink her approach.

Loss of faith is not a character flaw. It’s not something to regret or feel guilty about. In fact, I’d be willing to bet that the only reason Graham feels that she needs to apologize for her own views is because her church has taught her to feel that way. Her church — her second “family” — has taught her that her doubts are shameful, that her “truth” might somehow prove toxic to those around her.

Sadly, without intervention, it probably will be the same thing the church will teach her own child.

I do agree with Hemant Mehta when he wrote that, on some level, this is a culture-versus-faith issue. As you guys know already, I have no problem at all with introducing children to a parents’ cultural traditions: religious holidays, religious songs, certain rites of passage — these things are cultural as well as religious.

But even cultural traditions require context.

A parent might say: “Going to church is something my family has always done. Church is a place where people talk about God and Jesus and a lot of other beliefs, too. Unlike facts, beliefs are things that some people think are true and some people think are not true. I, for instance, don’t believe everything I hear at church; and you may not either. But I enjoy going for the routine, the community and the stories, and that’s why I bring you.”

I’m not saying that’s the only way to go about it, but at least it provides information that will balance out what a child may be hearing from the minister. To not say anything about what you believe is to treat your own voice as secondary and your personal conclusions as morally inferior.*

It is entirely possible to enjoy the cultural aspects of Christianity (or any religion) and yet guide our children to understand that each of them has a choice, as well all do. We can be fearlessly honest with our kids while also leaving the door open for them to make up their own minds.

And I believe very strongly that we should.

* All credible research concludes that morality exists independently of religious involvement, but the connection is still made all the time — especially among people who feel they personally have been shaped by their religious involvement. I am good and I went to church = Church must have made me good! (Those who us who weren’t raised to be religious and who consider ourselves to be of decent moral character attribute our goodness to other things.) 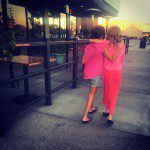