7 Ways to Enjoy a Death-Free Samhain 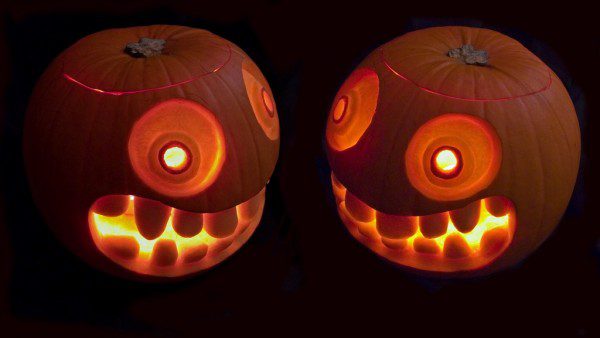 A couple years ago I wrote 7 Ways to Enjoy a Sex-Free Beltane, in honor of all those single and/or disinterested folks out there who were looking to celebrate the reason for the season without necessarily having to “get down,” “jump on it” or “funk it up.” Weirdly, that post did not become the runaway viral sensation I was anticipating.

This year, though, things will be different. If there’s one thing people like more than having sex, it’s avoiding death and thoughts thereof. (Some folks even have the one to avoid the other, although it is generally agreed that this does not work, except among some of the more esoteric religious sects, whose position — or rather, positions — on the matter remain open to debate.)

Plus, if there’s one thing I know about social media, it’s that everybody loves listicles. Listicles are the perfect way to consume fun-sized insights, individually wrapped in brightly-colored ad space for readers-on-the-go who know you only live once and the chill of inevitable death is always lurking just behind you, following you like a shadow and reeking of an eternity of endless night in which all becomes dust… only dust…. — So, what better way to capture the attention of a wider audience than to share a list of ways to celebrate a sanitized, commercialized version of this most holy of Pagan holidays? I can’t think of one.

(They say that on the internet, there’s no reliable way to tell the difference between trolling and satire. For now, dear reader, I’ll leave that distinction up to you.) 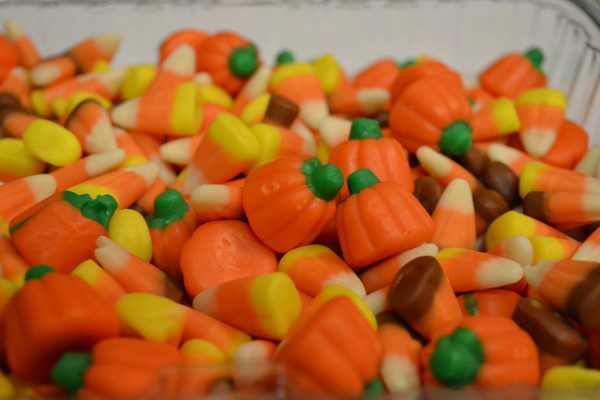 It’s that time of year when the full harvest moon glows eerily through the skeletal trees and the brittle autumn leaves rattle like the voices of the dead — wait! is that a blood-curdling scream you hear on the wind? Nope. It was just the wheezing asthmatic lungs of the neighborhood kids, as they peel themselves off their couches and away from their first-person-shooter video games in order to spend an hour or two outdoors for the first time in months. Here they come, shuffling down the street in their adorable Walking Dead costumes, pillowcases agape, their pale little faces turned upwards in hopes of some sweeties. There was a time when parents harbored irrational worries about strangers hiding razor blades in their child’s Halloween candy, but luckily those days are gone. Now the only thing hidden within those crinkly wrappers is Type 2 diabetes and a lifelong struggle with obesity. (Ooh! This one has a nugety center of government subsidies to the corn industry!) So enjoy! This year, rest easy knowing that the only reason your heart is racing is because of the 600 million pounds of sugar Americans consume every Halloween. Wait! What was that blood-curdling scream?! Oh nevermind — it’s just the kids getting back to their video games.

Obviously, now is not the time to worry about abstaining from foods that might be bad for you. But if you or your child has food allergies, it’s tough to ignore your evolutionary disadvantage and how it will inevitably lead to death by chocolate that was manufactured in a facility adjacent to an apartment complex where the sole surviving descendant of George Washington Carver used to live. But you can put off the inevitable by making it somebody else’s problem, with the help of the Teal Pumpkin Project. Just ask your friends and neighbors to replace all that sugary candy with the cheap plastic toys recommended on their website!

Sure, as an adult you understand that life isn’t fair and the world isn’t always going to treat you to exactly what you want. But ignore that harsh reality, and focus instead on the warm-fuzzy nostalgia you feel whenever you think about those Halloweens when you were young — the costumes, the candy, the foggy nights, the time you egged that house because they were handing out lame Power Ranger pencils instead of Jolly Ranchers… Wasn’t trick-or-treating more fun when it was just about unchecked greed and mindless revenge? Shouldn’t we try to recapture that feeling of empty, thoughtless consumerism for our own kids? Because that’s what this holiday is really about: fun. (Not the factories in China that produce this plastic crap, or this eerie fog which is actually smog pollution from those factories, or the landfills where all those fake vampire teeth and glowsticks will end up by the first week of November. That’s somebody else’s problem.) See? So fun. So stock up on holiday-themed epipens and get in on the teal pumpkin craze. Because nothing says “you probably shouldn’t eat that” like a pumpkin the color of mold. 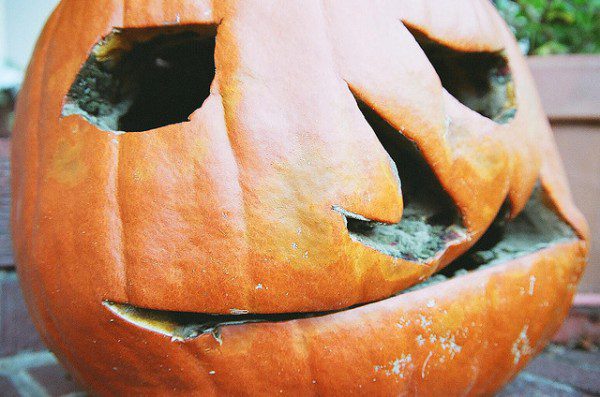 3. Plaster It with Plastic.

Speaking of plastic, who doesn’t love seasonal decorations? Nobody doesn’t. And we all know it’s a pain to have to carve a new pumpkin every year, only to have it slowly rot on your front stoop in a matter of weeks and return naturally to nourish the soil from which it first grew as part of the never-ending sacred cycle of life and death that sustains this amazing planet we all call home. What a bummer, amiright? When you’re super busy, you don’t want to take time out to contemplate the unstoppable decay of your consumerist lifestyle and the ultimate fragility and impermanence of everything you hold dear — besides, there’s this cool new decorating technique that you saw on Pinterest that involves spray paint and stencils. So break out the plastic pumpkins and fake autumn leaves (their colors won’t ever fade, because of the harsh chemical dyes)… Dust off the real cobwebs from those boxes of fake cobwebs that you keep in the basement, and never mind that lurking sense of irony you see hiding behind your plastic evergreen Yule decorations. Their time will come.

4. Spice It Up with Some Spite.

Time passes quickly enough as it is, but we all know stores make it worse when they start rolling out the holiday-themed merchandise months in advance. You were only just starting to enjoy the summer — it took you till August to lose last year’s holiday pounds, after all — and now here they come with their turtleneck sweaters and pumpkin spiced everything to remind you that, yes, the nights are getting longer, the days are growing chill (in theory, anyway, although between El Niño and global warming, it’s hard to tell) and, despite how crisp and snappy your Twitter profile is, you are still alone… so very alone. Now’s the time to rage, rage against the dying of the light, and while you’re at it, spare some of that rage for your status updates. 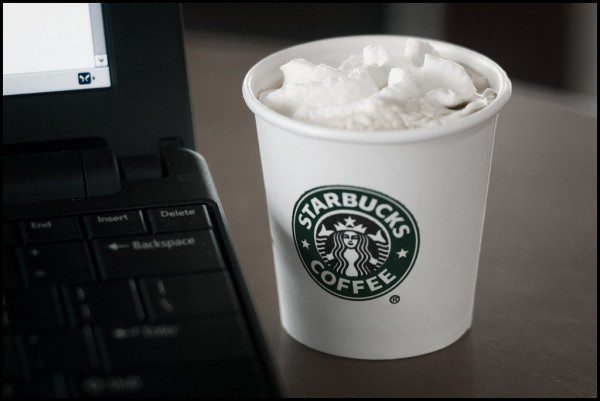 Flaunt your care-free, living-life-to-the-fullest, no-time-like-the-present, dwell-in-the-moment lifestyle for all your “friends,” fans and followers to see: by sitting in front of your computer for hours time-policing those spice girls (and guys) who dare to enjoy dried herbal blends out of season! It’ll be obvious to everyone how in touch you are with the natural world. (So what if you’re up till 3 AM leading your noble shame-campaign? Remember, you can always sneak out to the Starbucks drive-thru for a venti to keep you going. Nobody will ever know. Or care.)

If you had a sex-free Beltane, well, it’s been awhile — since Beltane, I mean — and you’ve probably been looking forward to indulging in another round of Pagan revelry. It’s true that this holiday was originally about warding off demons and guarding yourself

against angry ancestors, but times change. These days, you can bet that even the ancestors are bored with America’s puritan legacy of a repressed sexuality. So this year, distract yourself from morbid thoughts of inevitable death with coy references to, as those footloose Victorians used to call it, the little death. Prove to the world just how empowered and invulnerable you really are, all the while fooling those pesky zombies and goblins by hiding in plain site — preferably while wearing a sexy ketchup bottle costume. Because demons might haunt the living, but you know what they rarely pay any attention to? Condiments. Dressing up as a sex object is a great way to hide the fact that you’re an actual human being with a functioning brain and a sense of self-respect.

If sexy condiments aren’t your style, this time of year is perfect for gathering with friends on chilly nights, sharing spooky ghost stories around a crackling campfire as a full harvest moon glows eerily through the skeletal trees and the brittle autumn leaves rattle like the– no wait, we did that one already.

Anyway, whispering scary stories into the howling winds of a wild Samhain eve is all well and good for a bunch of silly twenty-somethings just looking for an excuse to drink beer, scare easily and surreptitiously snuggle up to their latest crush on the pretext of being startled by the dramatic use of a flashlight. But us wisened thirty- and forty-somethings don’t go in for such embarrassing nonsense anymore; we know that campfires are smoky and sitting on logs is sappy and uncomfortable. Besides, all those stories about escaped convicts with hooks for hands and ghoulish figures whose fingers are slowly sliding down your dewy windowpane are just so many phallic symbols that reinforce a heteronormative morality about the dangers of delicate feminine sexuality in a male-dominated society. Anybody who knows anything about urban legends knows that!

(And that story in the news recently about the airplane passenger who died mid-flight after biting a fellow passenger — that was just a rumor, right?) 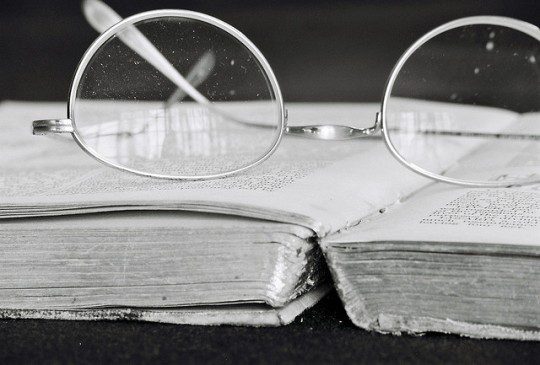 You’ll have nothing to fear if you arm yourself with knowledge! So read up on the collected works of Jan Harold Brunvand — it’ll probably take you all night, locked safely in your study with all the lights on and no one’s fingers sliding down your fogged-up windows. Hell, if you finish all that reading, maybe you’ll even have time to write a snarky blog post mocking all those folks who are having more fun than you are tonight… (Anything to shut up that treacherous little voice in your head that says maybe your crush will be so impressed by how smart and witty you are that he’ll want to play footsies with you next year… Shut up, your poor romantic fool! Did you learn nothing from Scream?)

7. Start Getting Ready For Yule Already

October 29, 2015 Circles Within Circles – UU Paganism, Community and World
Recent Comments
4 Comments | Leave a Comment
Browse Our Archives
get the latest from
Nature's Sacred Journey
Sign up for our newsletter
POPULAR AT PATHEOS Pagan
1