A story for Yule in these times.

The story is told that in the beginning, there were two gods who were brothers. And like many brothers, they struggled with each other for ascendance and power. One brother was the King of the forces of life, light, and warmth. He wore a crown made of green oak branches and brought with him all growth and vitality, fertility and abundance. He was called the Oak King.

His brother was the King of the forces of death, cold, and darkness. He wore a crown made of the prickly holly branches and brought with him all withering and decay, stillness and hibernation. He was called the Holly King.

The brothers were identical in strength, and so year after year the same pattern was repeated. Each year, the Oak King would grow strong and mighty and during his time of dominance, the light would gradually increase, bringing with it warmth and abundance. But each year, at the height of his power, he would be thrown down by the Holly King. In the wake of the Holly King’s victory, the light would gradually wane, and as it did, cold would come and the land would go dormant. But at the height of the Holly King’s power, he would be challenged again by the Oak King and would fall. And the cycle would repeat again and again and again.

Alone, the brothers were equals, but soon there came a race of beings known as people. The people watched this cycle, and pretty soon, they began to take sides. The people loved light and warmth, and they feared darkness and cold. And so, each year, they would celebrate the victory of the Oak King, but they would mourn the victory of the Holly King. When the two struggled with each other, the people would lend the strength of their voices and their bodies, their minds and their spirits to the Oak King, but the Holly King was without their support. And so time went by.

Over time, the people’s adoration of warmth and light only grew, and so they began to invent ever new ways to find light in the darkness and warmth in the cold. And finally, if they wished it, they could spend all of their time in the light they had created, and they could be warm all year long. But their efforts to stay always in the light and the warmth were not without consequences.

Generations passed and generations again and the people did not at first notice the shifts in the balance. But finally, they could ignore it no longer. The people began to notice that darkness was disappearing from the land, driven out by millions of lights the people had created. Animals, birds, plants, even people began to suffer the effects of light unbalanced by darkness.

But it was not just darkness that was disappearing. Cold began to flee, too. The whole world began to get warmer. Summer began sooner and lasted longer. Ice that had been frozen far longer than the longest memory of the oldest person in the land began to melt. Migrating birds and animals began to be confused about when to begin the migration. Plants found themselves rooted in climates that no longer supplied their needs. The air was changing, and the winds that had brought rain and taken it away again began to flow in unexpected directions, causing drought here and flood there.

The people began to see that their support of warmth and light over cold and darkness had altered the balance of the whole world. They began, slowly, one at a time, to realize that the Holly King was dying. And for the first time, this thought filled them with fear. What would happen if the balance continued to be destroyed? Could they even survive in a world without the Holly King?

And in the world of the gods, the Oak King realized it, too. And though they had been competitors all these many centuries, he also realized that he loved his brother deeply, and could not live without him. The longest night came, and the Oak King and the Holly King met again, but this time, the Oak King had no heart for the fight. He lay down his sword and spear. He came, open-handed to his brother, who was struggling just to stay on his feet. The Oak King wrapped the Holly King in a tight embrace. And he promised to set aside their enmity and to help his brother heal. On the night when he usually claimed ascendance, he realized that the world was already too warm and too light. And so, he laid the great Oak crown on the head of his brother, took his hand, and each supporting the other, they went out into the world to see what could be done to restore balance. 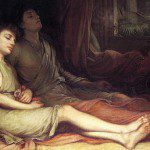 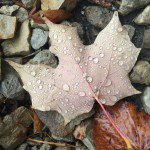 December 6, 2016 Marcus Aurelius: You Are Part of How the Universe Works
Recent Comments
10 Comments | Leave a Comment
"Sorry, posted accidentally before finishing."
Rylin Mariel Spring Magick: Prayers on the Wing
"You might want to listen to "Birdnote", which is available on public radio stations. They ..."
Gordon Cooper Spring Magick: Prayers on the Wing
"the Most Sacred Space in all the worlds is the pause between fits of Laughter..."
Jay Mann The Spirituality of Play: Divine Silliness ..."
"The Big Box of Crayola Crayons is part of a balanced Druid ritual practice. Use ..."
Gordon Cooper The Spirituality of Play: Divine Silliness ..."
Browse Our Archives
get the latest from
Nature's Sacred Journey
Sign up for our newsletter
POPULAR AT PATHEOS Pagan
1