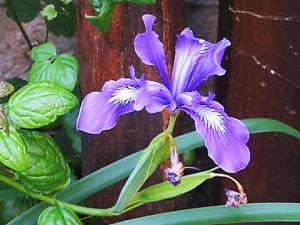 April is the month when our attention is drawn to Earth, both the element and the diverse organic system which inspires numerous spiritual practices. Wildflowers sprout each year of their own accord, reaffirming the power of renewal is still vibrant in nature. Trees re-leaf and evergreens bud new growth, announcing a promising future.

The holiday Earth Day is in its forty-seventh year. In 1970, the first Earth Day celebrations took place in hundreds of communities across the United States. 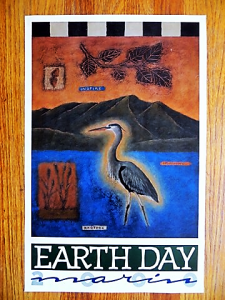 The idea for a national day to focus on the environment came to Gaylord Nelson, then a U.S. Senator from Wisconsin, after he took a trip to Santa Barbara following a devastating oil spill off the coast of California. Nelson later introduced a bill designating April 22 as a national day to celebrate the Earth. The date was chosen to help commemorate the birth of California naturalist and conservationist John Muir, born April 21, 1838. This movement was responsible for the establishment of the Environmental Protection Agency (EPA) and the passage of environmental laws that make our earth a more livable place.

We have come far since the Santa Barbara oil spill. Today, more than one billion people worldwide participate in Earth Day activities each year, making it the largest civic observance. A combination of education, public policy, and consumer campaigns compliment direct cleanup efforts. There are local activities listed on-line that invite participation. I have found gathering with others who feel passionate about the Earth is both fun and enriching.

Environmentalism as a Value

I remember that first Earth Day which called me, as young person, to add an ethical perspective toward the Earth to my core spiritual tenets. When I became a Unitarian Universalist in the early 1980s the principles of the UUA were quite different than they are today.

Through a participatory process in the mid-1980s, the current principles were crafted and adopted. But it wasn’t until the early 1990s that this Sixth Source was added to the Sources of our Principles: It reads; “Spiritual teachings of Earth-centered traditions which celebrate the sacred circle of life and instruct us to live in harmony with the rhythms of nature.”

CUUPS had a lot to do with this change. I took part in these conversations and remember how important they were to the future direction of our community spiritual life at all levels. Earth Day, though a secular outpouring, highlights the importance of exploring what is encapsulated in our Sixth Source. 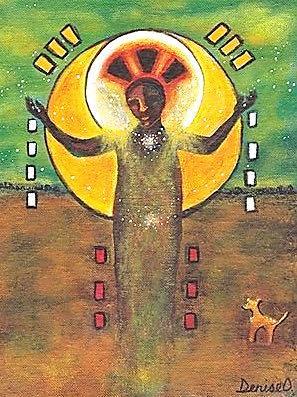 What does the element Earth teach us? The magic of creativity springs from soil. The combination of seed and water fed by nutrients that make up the element Earth has birthed overwhelming biological diversity and interconnection. Trees and plants are the living outcomes of this process; and they support our very existence by producing the oxygen that we breathe.

Trees that are associated with the element Earth are the Yew, Elder, Oak and Elm. The Yew tree is able to live for thousands of years. The yew spirit is a witness to the passage of our immortal souls through many lifetimes. It offers a glimpse of eternity, a reminder of our direct contact with the past, present and future.

Being mindful of our individual well-being is also a time honored spiritual principle pagans share with Zen Buddhists. Taking care of ourselves as we advocate for the entire interconnected web enhances our ability to stay with this work for the long haul. Here are some interesting personal qualities attributed to the element Earth.

Trees can act as doorways to the wisdom of the elemental powers and renew our faith in the value of our life’s work. These tree spirits help us with generosity, valuing mutual aid, artistic creation, caring and sharing. Other qualities these trees bring are: strength, endurance, courage, and inner nourishment.

Earth in its older form also contains sacred crystalline geometry in gems and semi-precious stones. The healing nature of these is explored by many of us. Appreciating the colors, shapes and fascinating veins of these is a powerful focusing meditation. 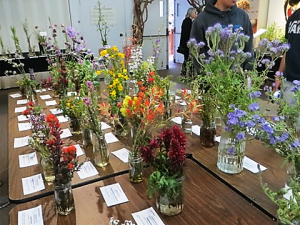 The Earth gives us many gifts which I had a chance to experience recently at a stunning wildflower show. Organized by the California Native Plant Society and the Pacific Grove Natural History Museum, this annual show is the largest in the northern and western hemispheres. It takes place each April, and is a veritable feast of natural miracles.

In 1965, a group of native plant enthusiasts banded together to save a native plant botanic garden from being sacrificed to development. Their victory taught them that a few people armed with knowledge and commitment could save natural areas from destruction. 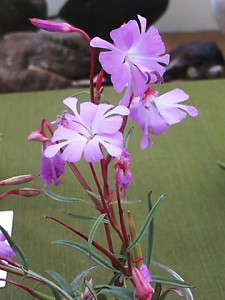 For me this is where the sacred and secular blend even if this is not formally acknowledged. Thanks to the awareness and dedication of so many volunteers, we can experience these delicate creatures. Look for similar groups in your area. They exist all over the country. 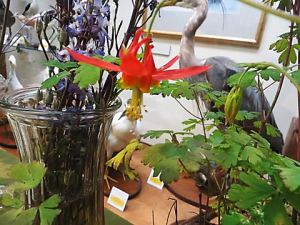 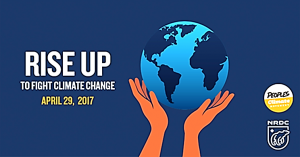 Public demonstrations have practical implications, making them a major centerpiece of my spiritual practice. This year we have a second chance in April to express our love of nature and our understanding that the health of the ecosystem is vital to our own welfare. On April 29th the Peoples Climate March in Washington D.C. will be the boldest climate mobilization in U.S. history. Related marches and actions around the country and the world are planned. 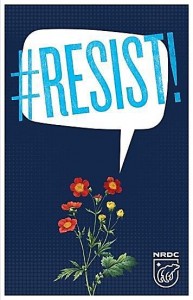 In the current era of threatened environmental protections it is doubly important to fight cynicism. The call to speak out has never been so urgent. Our country’s climate-denying president and EPA chief are rolling back key environmental safeguards and prioritizing profits over Americans’ health.

For the many of us who cannot attend a march in person, we can still pay attention. Petitioning the government on behalf of the Earth can make a major impact. Legislators tell us it is really important for citizens to set goals, not the fossil fuel industries. If the people set the goals we often meet them and can even exceed them.

Our sacred duty, then, as expressed in our seventh principle “Respect for the interdependent web of all existence of which we are a part” beckons us to find our voices and honor the elements, with the element Earth being one of the four keystones.

All wildflower photos by Bob Fisher. Used by permission. 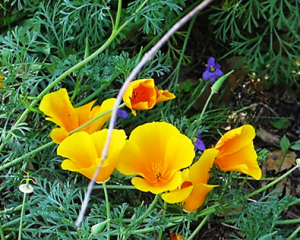 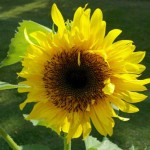