The Spirituality of the Eclipse

A total solar eclipse is one of the most stunning things to see on Earth – an especially sacred time for those of us with an Earth-Centered Pagan Spirituality.   For many of us, it’s a sacred event worthy of pilgrimage, and on August 21st, it’s right here in the US. Until recently, I didn’t realize how stunning a total solar eclipse was. Photos and videos fail to convey the experience, but descriptions, as shown by this video, start to come close.

To experience totality, you have to be in the path of totality. As shown in the map below, it stretches across the United States, from Oregon to South Carolina. With an eclipse path dozens of miles wide (the best viewing is in the middle ~70% or so of the path, which is still ~50 miles wide), one can likely find a place to see it from, if you start planning now. 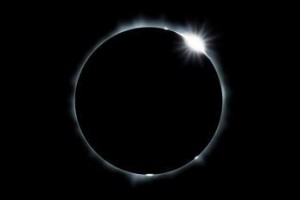 Simple precautions are all that are needed to guarantee safety.  The biggest uncontrollable concern is probably the chance of clouds on the day of the eclipse, August 21, 2017.  The cloud cover chart here shows that the odds of clouds are low – especially for the brown shaded area.  Experiencing the eclipse is easy – just be outside, in the path of totality, for the time of the eclipse.  The Moon will start covering up the edge of the Sun (if you aren’t looking for this, you won’t notice it happening).  From there, it will take around an hour and a half as the Moon covers more and more of the Sun.  Then, it will get darker outside, as the Moon fully blocks the Sun.  This total coverage will only last for a minute or two.  Then, the Sun will emerge from behind the Moon, exposing more and more of the Sun over the next hour and a half.  The moment of totality is around 10 am in Oregon, ranging to nearly 3 pm in South Carolina.  Look up the exact times for wherever you will be watching from.  This will hold millions of people in awe (including both Americans and eclipse chasers), and will be the most photographed, selfied, live streamed, and documented moment in the history of the Universe up to now, as far as we know.  Will the next Carl Sagan or Neil Degrasse-Tyson will be one of those millions of kids who stare in awe at the fiery ring in the sky this August?  Maybe she or he is a child you know, who you will bring to the path of totality? 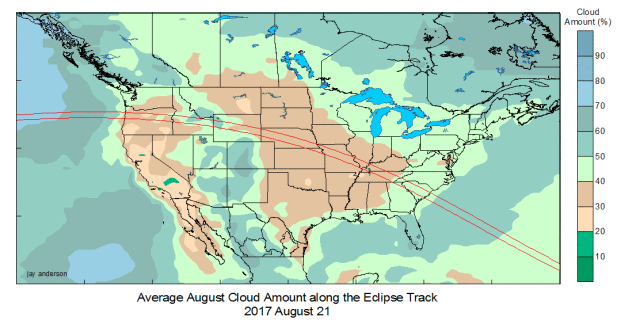 What will I do during those 100 or so sacred seconds?  Will I hold a ritual?  Just revel in it?  Hug my kids? Allison Ehrman suggests some ideas here.  I have no idea yet, aside from infusing my Cosmala with the shadow of our Moon, Luna.

Or would the descent into darkness (and then the return of the light) be better times for ritual activity?  After all, those times are ~90 minutes long each, and that would make the whole time of totality part of my ritual if I started before totality and ended after it.  Pagans who can’t make it (including those on other continents than North America), might want to hold a ritual at a chosen moment during the eclipse.  All religions have sacred times and sacred places.  For those of us with a pagan spirituality (as well as for many others), reality itself – and especially our Earth, Moon and Sun – often show us those sacred times.  For many of us (and certainly me), this August 21st will be one of those most sacred times.  What will those 90 seconds be like for you?  I don’t think that can be predicted – we can’t decide when the sacred will touch us.

Dr. Jon Cleland Host is a scientist who earned his PhD in materials science at Northwestern University & has conducted research at Hemlock Semiconductor and Dow Corning since 1997.  He holds eight patents and has authored over three dozen internal scientific papers and eleven papers for peer-reviewed scientific journals, including the journal Nature.  He has taught classes on biology, math, chemistry, physics and general science at Delta College and Saginaw Valley State University.  Jon grew up near Pontiac, and has been building a reality-based spirituality for over 30 years, first as a Catholic and now as a Unitarian Universalist, including collaborating with Michael Dowd and Connie Barlow to spread the awe and wonder of the Great Story of our Universe (see www.thegreatstory.org, and the blog at evolutionarytimes.org).  Jon and his wife have four sons, whom they embrace within a Universe-centered, Pagan, family spirituality.  He currently moderates the yahoo group Naturalistic Paganism. 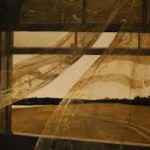 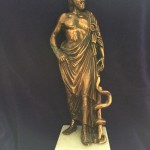 Irish-American Witchcraft: Do I Believe In...
Agora
Related posts from Nature's Sacred Journey 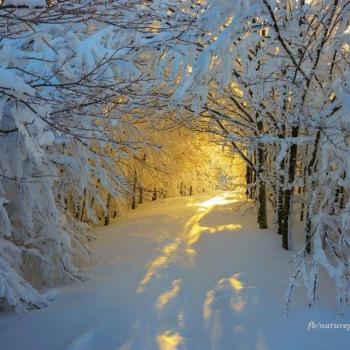 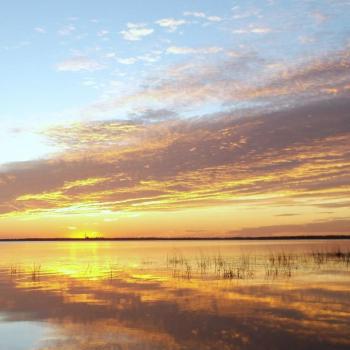 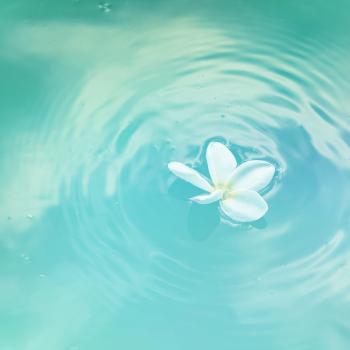 The new dark moon is for infinity, not...
When the moon is new and dark, you can't see it. How...
view all Pagan blogs
What Are Your Thoughts?leave a comment
Copyright 2008-2017, Patheos. All rights reserved.