Aren't We All Dreamers?

Later this week one of the four most important shifts in the cosmos takes place, the Fall Equinox, the continuation of preparation for harvest that began last month and will continue through the next six weeks. It is one of two times during the year when the days and nights are equal, bringing focus to the issue of Balance.

We have witnessed recently the destruction wrought by hurricanes that blew in from the ocean near Texas, Florida and many Caribbean islands. A headline caught my attention that relates to our current situation: “Pope Francis blasts climate change doubters and cites moral duty to act.”  My thealogy is quite different from his, but my moral beliefs are surprisingly similar on this issue.

In order to find Balance, we have to get deeply involved in the emotional underpinnings of what is happening on this planet. Water is the element that has often been tied to human emotion. These events have brought quite a bit of shock and given many of us perspective on what we truly value, as well as a call to mourn. I certainly felt that way. 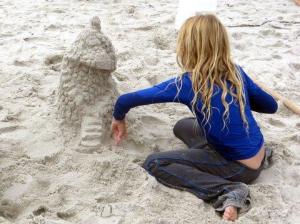 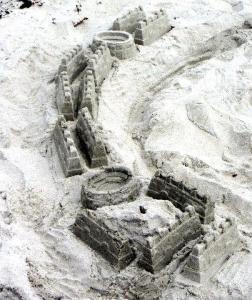 To gain Balance, this weekend I went to the beach for quite a different purpose. Experiencing this event helped me keep my positive relationship to the ocean. It was called the Great Sandcastle Competition. All were invited to participate. The poster announcing this event read: “Calling everyone who has ever built – or dreamed of building – a sandcastle or sand sculpture. Skill level is not important – judging takes place in many categories. Artistic expression is encouraged – in a family friendly fashion. No power tools. Use only items found on the beach.” Bribery of officials was “condoned and encouraged,” meaning offering snacks to judges is permitted.

These creations, like sacred sand paintings of Native Americans, Tibetans and others are formed with considerable love and then, following their invention and appreciation, are returned to their natural state. I highly recommend a bit of community levity in these seemingly dire times.

The Rescinding of DACA 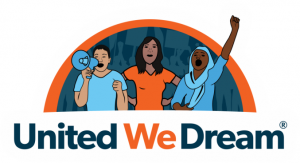 To challenge our sense of Balance again, we have been dealing with the national crisis of the cancellation by President Trump of the Deferred Action for Childhood Arrivals program (DACA). This act was established during the Obama administration to protect more than 800,000 young, undocumented immigrants who were brought to the United States as children. It allows them to go to school, work, and join the armed forces which they have. 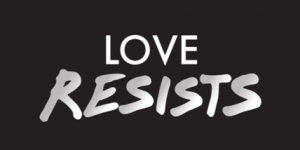 I believe, as do many of us, that cancelling this program is an injustice. Respecting the worth and dignity of each person as our UU Principles call us to do, requires a different action which centers around welcoming and a path to citizenship. I have also relearned recently how trade agreements such as NAFTA forced increased migration from Mexico to the U.S. in the 1990s. (More about this in my next column.)

The United We Dream art, the Love Resists banner, and the Sanctuary poster are part of a UU program to support DACA Dreamers. Click this link to find this art as well as important information about what is going on: Homecoming Call: Love Resists—Protect Our Communities NOW!

When I think of my own heritage, my ancestors come to mind who immigrated to this continent from Eastern Europe and the Mediterranean as well as Scotland and Germany. They were seeking economic possibilities and social mobility. Sound familiar?  Even at my age, I dream of fulfilling my destiny and experiencing joy in my life. How about you? How about these young people? Aren’t we all dreamers? 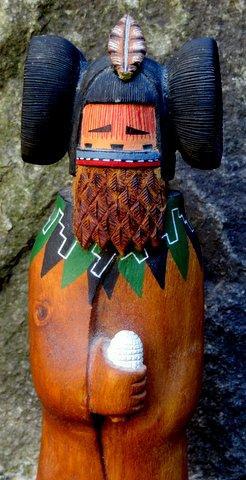 Corn is an important component of the diet of most people living in Mexico and elsewhere in Mesoamerica as well as North America. This plant also has metaphysical meaning.

Paula Gunn Allen, a fine writer and academic, who contributed to Rise Up & Call Her Name, tells us that corn connects the people to Corn Mother. The power embodied in Corn Mother is the power of the dream, for dreams play an important part in the ceremonial life of the indigenous people.

The power that moves between the material and the non-material worlds often does so in dreams. Here is a Hopi Kachina depicting Corn Mother holding white corn which is the most sacred of all, bestowing special blessings.

In agricultural societies, the best corn is saved for growing the next year’s crop. This is called “Seed Corn.” In this way the continuation of enough food is made more possible. These DACA individuals seem to me to be the seed corn this country has nurtured. Why wouldn’t we want them to stay and contribute to our collective future?

The Sanctuary Movement, its origins and its current scope

In other developments, California lawmakers approved a “Sanctuary State” bill this weekend that puts new restrictions on interactions between local law enforcement and federal immigration authorities. It was welcomed by those defending immigrant rights. It will most likely be signed by Governor Brown and put California at odds with Federal authorities.

In an upcoming column dealing with the issues raised by immigration policies in the United States, I will tell about my experiences in the 1980s in the Sanctuary Movement, and what the New Sanctuary Movement encompasses today. I will include a bit about the Farmworkers Movement of the 1960s and 1970s and how it was supported by UUs. It is still going strong.

In closing, I share these two additional images created this weekend which for me offer needed perspective and reinforce the Earth-based spiritual perspective. 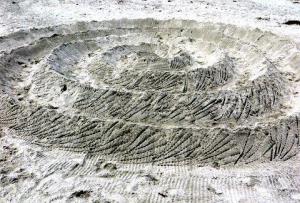 Kachina, entitled Kachin’ Mana, from the collection of Liz and Bob Fisher. Photo by Bob Fisher. This image created by Yvonne Duwyenie of Hutevilla, Third Mesa, Sun Clan, also appears in the Rise Up & Call Her Name DVD video © 1994, 2007 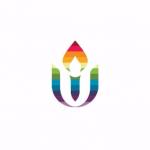 September 15, 2017
Lighting the Chalice and Turning the Wheel
Next Post 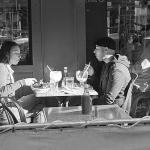