The Story of the Labyrinth

The Story of the Labyrinth April 5, 2019 Erica Baron 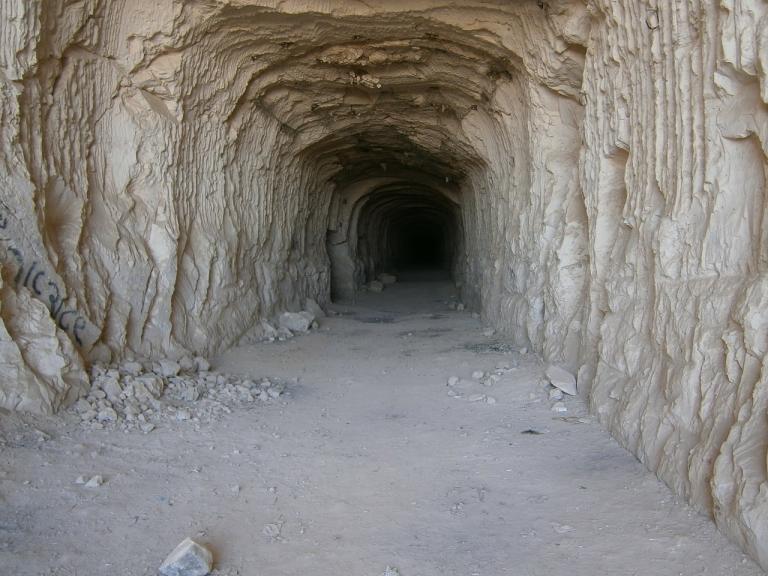 You have heard the stories. There was a monster born in Crete, a monster with the body of a person but the head of a bull. The son of King Minos, the bull of Minos: the Minotaur. The Minotaur, it was said, would only eat human flesh, and needed to be contained. So the king called Daedalus, the craftsman, and ordered him to build an unnavigable maze, one that no one could find their way through, which would hold the monster. Monster that he was, though the Minotaur was still a prince, so people were sent into the maze to feed the monster, never to be heard from again.

You have heard that the Minotaur’s victims were paid in tribute by conquered city-states to the dominant Knossos on Crete, that they were chosen by lot or simply ordered onto ships. But this is a lie. No one was ever forced into the Labyrinth. No one needed to be forced. The story was enough.

There is an unnavigable maze. In the center is a monster. No one who enters the Labyrinth returns unchanged. Tell that story in every port city in the Aegean, and every curious, thrill-seeking, adventure hungry young adult eager to prove themselves finds a way to get a ship and heads straight for the harbor of Knossos.

I was one such adventure-hungry youth, and I had no sooner heard this story than I commandeered a ship and a crew and set sail for Knossos. When I arrived, I was greeted by a finely honed system, set up to receive the Labyrinth walkers. I was asked to turn over everything I had brought with me: clothes, pack, weapons, food, shoes, even. I was given fresh, very simple clothing and basic sandals. Someone took my name, and ushered me into very basic living quarters. I was given a simple meal and told that I would be fetched when it was my turn. I asked how long I would have to wait. I was told that it all depended, that there was no way to know how long each adventurer would take in the Labyrinth, that the list of those waiting to test their mettle fluctuated, that I would simply have to wait.

So, wait I did. In my case, for three days. At the end of the third day, less than an hour before sunset, an attendant arrived in my small room. “Your turn,” the attendant said simply. “It’s almost dark. You’ll be the last one today. Unless you want to wait for tomorrow?”

I was led through the palace to the entrance of the labyrinth. Strong stone walls rose up around me, covered by a strong stone roof. A simple opening in the wall was all there was to the entrance. Peering inside, I saw a short corridor, with a left turn at the end. The attendant handed me a lit torch, and a ball of thread. I must have looked puzzled, because the attendant said, “The string is a gift from Ariadne, princess and priestess of the Goddess of the Labyrinth. Use it as you will, or not. The choice is yours.”

Finally I understood that the thread would help me to find the way back out, if I unrolled it as I walked. I had no idea if I had enough for the whole maze, though, so I held onto it, deciding to unspool it only when I came to a decision point in the maze. I took the torch, and stepped inside.

I walked to that first turn, made the left, and could no longer see the entrance. I was suddenly filled with terror. I almost turned back. But the thought of returning to my old life, my friends and companions, and admitting that I had not made it even to the first fork in the road filled me with embarrassment, and so I resolutely continued on.

And on and on. It very quickly became impossible to tell where I had been or what direction I was going. The path turned and turned again, seeming to double back on itself, but I never saw the entrance again, so I decided I must not have actually turned all the way around. I was lost in confusion and doubt. And what was most confusing was this: there were no decision points. No forks in the road, no places where I had to make a choice. There was just the one path, circuitous and baffling and infuriating as it was, there was just the one path.

I began to feel that I was being drawn inexorably toward some moment of encounter. The Minotaur was here, waiting in the center. And if the path did not branch or fork or divide at all, I would meet the Minotaur. It was not just likely. It was inevitable. Once again, I thought about turning around, I even tried to turn around. But my feet would not obey me. They remined stubbornly pointed further into the Labyrinth, and all I could do was follow them to my doom.

I have no idea how long my journey to the center of the Labyrinth took. You could have tell me it was five minutes, or five days, or five years, and I would have equally believed you. But all journeys, even the strangest, eventually come to an end.

Suddenly, I came around one last corner, and the path ended, in a small circular room made of stone. In the center of the room, there was a shape, draped in black cloth. It was taller than me, bulky and huge and still. The only thing I could think, standing there before it, was that it was a cage, holding the monster I had come so far to confront. Now was the time. My heart was pounding in my chest. I was so afraid. I realized that I would have to remove the cloth, that I was being made the agent of my own confrontation with the beast. And that is the first time it occurred to me that the tools I had been given were the tools to get me here – the torch to light the way, and the thread as a guide. But I had no tools for what to do now, nothing with which to fight a monster. No sword, no spear, no knife. Just the torch, which was not even that big or heavy.

My own foolishness came crashing down on me. What was I thinking? I am no hero, just a foolhardy idiot, who went in search of adventure, and was about to die. And yet, what could I do? I had come all this way. There was nothing else to be done. I reached out and, in one quick motion, yanked the cloth off the shape.

No cage lay beneath the cloth. Instead, it was a mirror. The monster I faced in the center of the Labyrinth was myself. Reading this, you must think that this was a relief, but nothing could be farther from the truth. How can I possibly convey in mere words the experience of that encounter with my own face? With my own eyes? You reading this live in a time when mirrors are ubiquitous, but I had never seen one before. I had never seen myself before, never had to confront myself in this way.

And to meet myself here, in the cave of a monster. How could I not immediately start thinking of all the monstrous parts of myself? Yes, I thought, I am a monster. All the greed, all the petty cruelty, all the harm I had ever caused anyone came crashing into my consciousness. Everything I hated about myself I saw in that mirror. It was agony. I gazed into my own hated eyes, and once again, all sense of time dropped away. I have no idea how long I stood before that mirror hating the monster that was me.

But finally, the tide of self-loathing began to ebb, just the tiniest bit, enough for me to finally look more closely at the frame of the mirror. In the wood, beneath the glass that held my image up to me was written this inscription: “Asterion: The Star.” I read it and remembered a piece of the story that had always puzzled me. The Minotaur was the monster’s title, but his name? His name was Asterion, the star. Why name something so horrible after something so beautiful? Why give something so low such a lofty name?

I looked again at my image. And this time, I saw the star. Everything brave and loving and compassionate I had ever done. All the potential for courage and love and compassion I still held within me. All that I had learned from this encounter with my worst. All that I had left to offer to the world. I gazed at my own eyes again, and saw strength and beauty, the star within.

And then I draped the cloth back over the mirror, and turned and walked the one path back out of the Labyrinth. When I emerged, dawn was just breaking. I had been in the Labyrinth all night. That had a feeling of rightness to it, and I was glad.

Here is the truth: the people who went into the Labyrinth were never the people who came out. The person I was when I came out of the Labyrinth is not the same person who had entered. After emerging, most people became citizens of Knossos. Having confronted the worst and accepted the best about themselves, they made the city and the nation strong and wise and just. This, of course, was the real reason the Labyrinth was constructed, to give us a chance to become the people we were meant to be, stars every one.

But some, like me, went home, went back to beloved people and cities and nations. We continued the story, told to make others jump on ships to follow in our footsteps, to return remade. 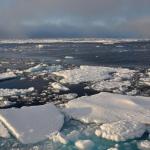 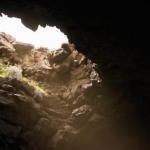 April 10, 2019 Devotional Practices for Living with Limits
Recent Comments
2 Comments | Leave a Comment
"I tried to use 5G to include Zoom participants at midsummer, but found that Zoom ..."
Mx. David Dashifen Kees After the pandemic: Adapting to both ..."
"Thank you, Irene, for hitting that proverbial nailhead. Labyrinths are magickal for me, as are ..."
Lorelei Greenwood-Jones Four Ways To Get Unstuck
"This article was the perfect read at the perfect time. So well written. The suggestions ..."
Badgergrl Four Ways To Get Unstuck
"I just moved back to Maryland after 36 yrs in New Mexico and have been ..."
Brenda Polacca Spring Magick: Prayers on the Wing
Browse Our Archives
get the latest from
Nature's Sacred Journey
Sign up for our newsletter
POPULAR AT PATHEOS Pagan
1