Mystical Paganism: The Experience of a Barely Believer

The new millennium is becoming the millennium for new discoveries or the bending and reshaping of that which is old.  This process takes us back to the origins of various beliefs and practices that have been forgotten. I think that CUUPS (Covenant of Unitarian Universalist Pagans), as a group focused on Paganism and Earth Centered Spirituality, is one of the vehicles necessary for a return to the ancient.  The mystical connection that some people attain with the gods through ritual, as well as the mystical connection that the inventors of the rituals had that caused them to create the rituals, are what we are seeking now.

Many of the most important beliefs have been codified.  They have been put into formats that allow the newcomer to tap into the traditions, thoughts and ideas that they encompass, which in  many instances are very good. The aim, however, of many traditions that has been forgotten, is to move one beyond the tradition to realize that one is greater than the tradition and that they, and that which they seek, are various aspects of the One.

In my case as a seeker for many years I had many experiences that got me in touch with many Pagan entities.  Sitting and meditating, exercising and studying led me to experience connections with various entities through prayer, meditation, and dreams that turned out to be archetypal entities celebrated by many people in the Pagan community.  At the time I had no idea. I had an entity who I just knew of as a large Green presence teaching me meditation techniques. I had a beautiful golden being come to me in a dream who called herself Diana after years of doing those meditations.  Later I found that Diana was a Goddess that many pagans focused on today, and that the large Green entity may have been the Green Man. I only discovered this as a Unitarian Universalist Pagan speaking with many who were part of CUUPS and the Pagan Community.

The main benefit of CUUPS is that the organization is not locked into one tradition or one way of seeing the world.  It is not orthodix. The culture is a Unitarian Universalist (UU) Culture, meaning that we draw on the principles and purposes upheld in UU Congregations.  We are not exclusive. We do not force people to do things a certain way. We are democratic and open to those who want to participate. Our objective is to help people in their free and responsible search for truth and meaning.

After my strange experience, I went to a UU Congregation hoping to find out what all my experiences meant..  Luckily the ministers knew a great deal about paganism and what it meant to be a mystical naturalist. One suggested books for me to read by Margot Adler and Starhawk.  I also had a chance to study using rituals that I had developed myself, until I became a part of CUUPS. My experience of the Goddess went deeper and deeper as I drew on many spiritual practices with the aim of becoming awake and seeing the truth.  This could only be done in a UU atmosphere that allowed me the freedom to continually seek the truth in a way that was comfortable to me and those around me. It was only later that I discovered that many doors would have been closed to me, had I tried to explore my ideas following more traditional paths.

CUUPS Chapters are a great place to explore your spirituality whether you are a Mystical Naturalist, a Pagan, or one who follows a path of Earth Based Spirituality.  They are a place that can lead you into ritual and beyond ritual, to the one ritual of which we all partake, for the whole thing, all of life in actuality, is a ritual pointing us to something greater.  From the point of view of the mystic, we are our gods and goddesses and they are us. They exist as we exist. We are all engaged in this great spiral dance with the universe awakening to new thoughts and new possibilities, and all  of the rituals we do in life, if we choose to see them that way and act on them that way, lead to oness, unity, and personal growth.

This is the path of the mystic and what I call, Mystical Paganism, which is a path readily available for anyone who wants to partake of it in your nearby CUUPS Chapter.   As a UU I am well aware that many people may not agree with me. The good thing about being a UU is that they really don’t have to agree with me. We are all seekers. The strange thing, the ironic thing, is that it is only after we find that we don’t really need everyone to agree with us because we know that we know, and that everyone must follow the path with heart that is set before them.

About Rev. Dr. Om Prakesh Gilmore
Rev., Dr. John Gilmore (Om Prakash) was a UU Minister for more than fifteen years and is a retired UU Minister now doing a community based ministry in Health, Wellness, and Healing He served as a Parish Minister for many years, and a Wellness and Social Justice Community Minister at UU Church of Bedford, MA as working as the Director of the MA Chapter of the UUJEC and later the Co-Director and Director of the UUJEC National. Om Prakash was also a JUUST UU Consultant, and Director of Racial and Social Justice for the Joseph Priestley District. He has been a CUUPS member for several years and is now serving on the CUUPS Board in the Ministerial and Right Relations position. You can read more about the author here.
Previous Post 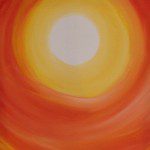 July 11, 2019
Of Sun and Shadow – A Recentering Reading for Summer
Next Post 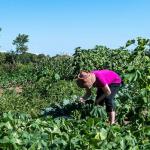