A clear concise intention is vital for spells and life 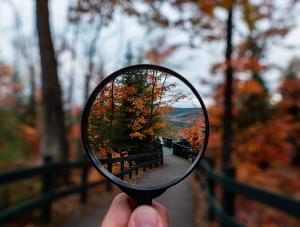 This month the Unitarian Universalist Congregation at Montclair, New Jersey’s focus is on the meaning of intention. This is part of the January Soul Matters’ theme of “Living with Intention.”

Intention is essentially your goal, what you want to happen. When Pagans prepare spells, we put our intent into them. I try to explain this to the mundane people by comparing spell work to ‘enhanced’ prayer. When people pray, they ask for the deity’s assistance but they have an intention in mind. It reminds me of that old joke – the person prays every day for money but does nothing to help themselves. When you set a goal but don’t strive for it, nothing will happen.

It was sometime around 1998, before I knew I was Pagan, that I first learned about this and spell work and I will never forget those words. I was in my favorite television show’s chatroom when I met a witch for the first time. I didn’t even know Paganism existed back then.

This was a bad year for my allergies/asthma. The summer was extremely humid, the fall very rainy, and the bone chilling cold winter led to no relief. I was having asthma attacks almost every other day. Furthermore, when I wasn’t winded, I felt like an elephant was sitting on my chest. That was when my friend told me who she was and could help me. She said however, I had to believe it completely without a doubt for a positive outcome. Therefore, we both had to put intent into it for her healing to work…and it did every time.

A few years later in another chatroom, I met the co-founders of Three Fires Grove, a Druidic Learning Community. The Rev. Foxxy (Sher) Pullen and her late husband Hermotimus “Herm” asked me to join their teaching grove. Now, almost 22 years later, I am assisting Foxxy to pass on this knowledge. The first thing they taught me was very similar to my friend’s lesson when I was having those frequent asthma attacks. You need to have a clear concise intention for it to work, whether it is a spell or something ordinary.

Herm taught what he called Hermetics, training us to change our way of thinking from “I can’t” to “I can” among other things. If we said in class, “I can’t do that,” they would add the word “yet.” We would have to repeat what we said adding “yet.” Without adding this keyword, we are both telling ourselves, and putting the intent out there that it will never happen. When you add that one word it changes the meaning, it puts in the possibility that it could take place. 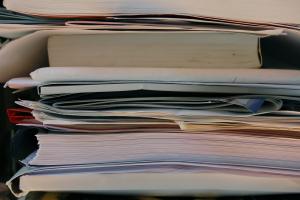 This works for when you are stressing out because of a hefty workload as well. One example he gave was if you have a pile of papers to do, not to focus on the entire load.  Sure, you intend to finish it all, but by looking at the whole stack, you will stress out. So instead, he said focus on one task at a time; before you know it, the pile will be gone.

When we shield ourselves or ward our stuff, we put an intent behind them. We intend to protect and without this clear concise thought, the shield or ward will not hold up.

Herm taught us that everything we do needs that clear, concise thought. It is the clear, concise thought that becomes a direct order to both your brain and the universe, making the intent understandable. Whatever energy we put out reflects on us. If you say, it is a bad day from the get go, guess what… This goes for colds, as well. If you say you are going to get sick, you are putting out that intention. Recently I sabotaged myself when I said I would pass out again when I got my booster shot. Sure enough, I did. This is why it is not good to fake an illness because you are telling your subconscious that you want to be sick. You may not realize it but your mind takes what you say literally.

Intent is important for not just Pagans, but everyone. If you hear someone say, “I can’t” tell them yet. Explain why you did this. If you hear anything negative, correct it, say it out loud if possible, or firmly inside your own head.

This has helped me with my self-confidence, which I have been working on building for a long time. However, within the past few years, it really began to sink in. I just started taking on tasks that only four years ago I would have said, “You are crazy, I can’t do that!” I was the person who always said, “I can’t.” It took my elders a long time to get me out of that bad habit. Now I don’t even have to catch myself before I automatically add the word yet.

So, make sure your intention is clear and concise. Trust me this method works, I am living proof.

Also see: Celebrating Yule while living in a Christian home

About Ann Trip
I am an UU Pagan and leader of the UUCM Sacred Wheel CUUPS chapter at the Unitarian Universalist Congregation at Montclair in New Jersey. I have been following the Pagan path for over 20 years and Druid for the last 12. Additionally, I am a journalist and a photographer covering local town news. You can read more about the author here.
Previous Post 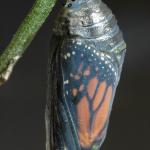 February 21, 2022 Spring is coming!  Emerge from your shell and transform
Recent Comments
0 | Leave a Comment
"I love this! I've been in such a funk lately, feeling off-kilter. Thank you."
Keri Strahler The Yule Tree ~ A Holiday ..."
"Planning for Yule 2021. This helps"
Wisdom Seeker Wheel of the Year: Yule
"Thank you to share about your thoughts.It just happened today many of the old covenant ..."
Herrnhut The three aspects of Samhain – ..."
"I'm glad I'm not the only one who experiences a summer slump. I used to ..."
Hannah The Autumn Awakening ~ Returning to ..."
Browse Our Archives
Related posts from Nature's Sacred Journey