Pope Francis Needs to Take a Leap of Logic

Last year Rush Limbaugh said that President Obama was having an orgasm over Pope Francis and his seemingly liberal worldview. It’s certainly a welcome sign when the leader of the largest Christian denomination in the United States weighs in on some of the pernicious effects of modern capitalism—income inequality being Public Enemy Number One—because his pronouncements may sway the hearts and minds of a huge electorate.

Pope Francis has even recently put his pontifical weight behind modern science, decrying humanity’s desecration of the planet we humans were charged by God to “dress and keep.” In addition to warning of the dangers of anthropogenic climate change, Francis has just come out in support of two foundational scientific theories: the Big Bang and Evolution. He said that the Big Bang “does not contradict the intervention of the divine creator but, rather, requires it,” and that God “created human beings and let them develop according to the internal laws that he gave to each one so they would reach their fulfilment.” 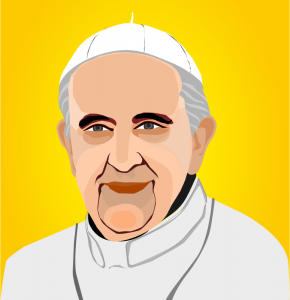 But the time for orgasms has not yet come—Pope Francis needs to take one more cognitive leap, a leap of logic.

If the theory of evolution is true—if it is a fact that humans have evolved from other primates in a continuously branching line over millions of years—then there never was an Adam and Eve in a garden of innocent delights. In other words, there never was an “original sin.”

The Catechism of the Catholic Church says that Adam “as the first man, lost the original holiness and justice he had received from God, not only for himself but for all humans.” The protracted genealogies of the Old Testament and the apostle Paul’s epistles in the New Testament both refer to Adam as being a real individual. I’ll spare you the list of lineages, but in Paul’s epistle to the Christians in Rome, he wrote that “death reigned from the time of Adam to the time of Moses, even over those who did not sin by breaking a command, as did Adam.”

If you believe, as many Christians do, that the Bible is the Word of God—and, if not dictated by Him then at least inspired by Him—then there’s not much room for debate on this topic. Adam is the guy who screwed it up for all of us. Unfortunately there is some debate on this topic, and many other topics within the faith. Consider the fact that 41,000 different Christian denominations have cropped up since Christ’s time. These denominations didn’t split off over minor squabbles like which brand of wine to use for communion. They split over some major doctrinal differences.

Nevertheless, a solid 40% of Americans believe the story of the “fall of man.” Unfortunately, it’s not true. And Ken Ham, fundamentalist Christian and the proprietor of the controversial Ark Encounter in Kentucky, realizes all too well what evolution means for the Christian faith and its values:

“When we deny the existence of Adam and Eve, then how do we explain the origin of sin and death in the world? And if we cannot explain how sin and death came into the world, or if we believe that it was always here, then what was the purpose of Christ’s death and Resurrection? Why was the atonement even necessary?”

But it also means no original sin, and we know all too well that the concept of original sin has itself fostered a multitude of sins.

Original sin implies that human beings are inherently evil—selfish, envious, covetous, murderous. And what’s more, it teaches that there is only one remedy for this; namely, the Christian faith. Both of these teachings engender pessimism and tribalism as we try to shepherd our global society toward a better future.

Original sin also implies that women are inherently inferior, a second-class creation. After all, Eve was created from Adam’s flesh, and the one who tempted him into the First Offense. For that, God made her “pains in childbearing very severe,” and commanded that her husband will rule over her. History has shown us that men don’t need much justification to subjugate women.

For LGBT individuals and non-believers, it’s even worse. “”If a man lies with a male as with a woman, both of them have committed an abomination; they shall surely be put to death.” The Bible ends with a nice flourish for LGBT people and atheists, saying that “the cowardly, the unbelieving, the vile, the murderers, the sexually immoral, those who practice magic arts, the idolaters and all liars—they will be consigned to the fiery lake of burning sulfur.”

So let’s hope that the Pope can take this last leap of logic, because it would be the true remedy for the original sin of original sin, opening up a much needed window of opportunity for the cause of social justice. If that ever happens, then we’ll all be perfectly justified in having an orgasm. 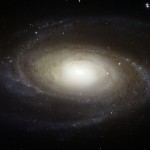 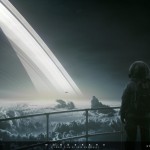 December 1, 2014 Be a Religious Explorer, Watch the Short Film "Wanderers"
Recent Comments
0 | Leave a Comment
Browse Our Archives
Follow Us!

Nonreligious
Atheists' Approach to the Religious: Firebrands and Diplomats
Notes Toward a New Chimera 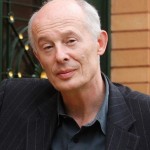