A Couple Anecdotes Against Firebrand Atheism

Last week I expressed my doubt about the efficacy of American Atheists’ billboard campaign, specifically it’s firebrand atheism. This week I read two news stories that only bolster my skepticism.

The first is a report about an atheist in Florida who “plans to read a prayer invoking Satan before a public meeting of the city commission.” Predictably, some residents object to this move. Others, including city leaders, say he should be allowed to read the prayer, citing freedom of speech and of religion.

This comes on the heels of another atheist, Preston Smith, who recently gave a “prayer” at a town commission meeting. Here’s part of his prayer:

“May Zeus, the great God of justice, grant us strength tonight. Jesus might forgive our shortcomings while Buddha enlightens us through His divine affection,” he continued. “We praise you, Krishna, for the sanguine sacrifice that freed us all. After all, if Almighty Thor is with us, who can ever be against us?”

The disingenuous and condescension in this prayer is obvious. Smith is a self-described atheist, so his appeal to deities is just a slap in the face of everyone else.

The other piece I read was a blog post at the Washington Post about American Atheists president David Silverman. Silverman was on the O’Reilly Factor debating the manufactured “War on Christmas.”

It got a lot more heated, with the two bashing each other over the winter solstice and whether O’Reilly would approve of the governor of New York state placing a “Winter Solstice sign” on his door. “I have got no problem with it. Okay?” O’Reilly insisted.

To be fair to Silverman, this is a pretty mild exchange; and O’Reilly’s claim that Christianity is a philosophy instead of religion is self-evidently wrong. I don’t have a problem with that. But then Silverman said “They’re afraid of me. In the past several times I’ve been on Fox News I have hammered them and driven it home and made them look bad.”

My problem with his response is that it makes atheists look like jerks, no better than people like O’Reilly himself. I don’t believe anything good can come from atheists debating Bill O’Reilly on his own show. It’s like being cast into the lion’s den, so to speak. It’s a battle you can’t win—O’Reilly controls the entire exchange; he owns the bully pulpit.

In the WaPo piece, Silverman says “What we’re doing is obviously newsworthy for us to talk about, but our position is so strong that they’re afraid to bring us on to explain ourselves.”

Yes, it’s definitely newsworthy—but it’s not praiseworthy. While we may not have hard data (yet) on the adverse effects of firebrand atheism, I think an appeal to basic human psychology, backed by a significant amount of anecdotal evidence, should guide our strategy for the time being.

I’d prefer atheist movement leadership to appear less like the flip side of the Bill O’Reilly coin. 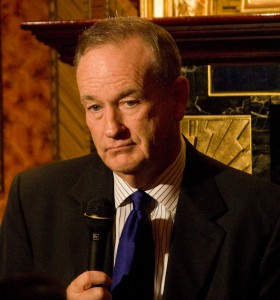 December 12, 2014
Why I Read the Drudge Report Every Day
Next Post 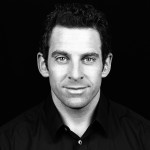 December 18, 2014 How Christians Find Themselves in the Same Moral Landscape as Sam Harris
Recent Comments
0 | Leave a Comment
Browse Our Archives
Follow Us!