Yesterday Christianity Today published an article with a selection of evangelical Christians speaking out about the Eric Garner case. The article states:

Not all evangelicals believed that Darren Wilson, a Ferguson, Missouri, police officer who killed unarmed teenager Michael Brown in August, should have been indicted in a recent grand jury hearing. Others were silent on the issue. But Wednesday’s events brought a more forceful, and more united response that justice had not been served. 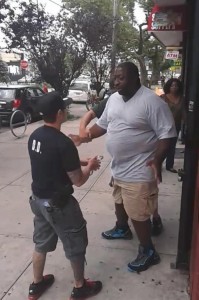 I have mixed feelings about Christianity Today. I read it regularly in college when I was going through my first real crisis of faith, and I continue to read it somewhat less regularly these days in order to keep myself abreast of mainstream evangelical opinion on social, political, and cultural developments. I’ve seen glimmers of reasonableness from it, but overall it toes the standard evangelical line.

However, when I see something like this current article, I feel compelled to share it because I think it’s important to note when Religious Right values align with secular progressive ones. I’m an atheist, and if I had my druthers I’d prefer that the Abrahamic religions ceased to have any influence in society, but I realize that’s not a feasible goal—at least not in my lifetime.

So I’ve come to realize that the only way forward is together. I take my cue from the Oracle in The Matrix: Reloaded, when she explains to Neo why she, a computer program and the “enemy,” is helping Neo and the humans:

I’ve become a firm believer, so to speak, in working together toward a common goal—in this case social justice–because realistically that’s the only way forward. Christianity Today has a print circulation of 600,000 and 2,700,000 unique online monthly visitors, so I’m happy that messages like this are reaching that many people.

Go check it out and spread the word. 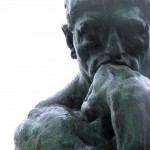 December 4, 2014
University's Center for Ethics and Education is a Great Idea
Next Post 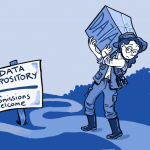 December 6, 2014 Let's Get a Formal Study on the Effects of Firebrand Atheism
Recent Comments
0 | Leave a Comment
"Religious charities are religious. Not only Christians. For Atheists and Seculars that feel charitable, there ..."
EllyR Do Christians Only Want to Help ..."
"Christian "charities" only helping their own (or using their aid as a recruiting tool) isn't ..."
Margaret Whitestone Do Christians Only Want to Help ..."
"You, sir, are quite eloquent and self aware in your writing. Well thought out and ..."
skyhawk Why I Read the Drudge Report ..."
""Since 9/11." Yes, let's not count the 2,606 who died in the Twin Towers or ..."
rick_w55 While Franklin Graham Rants, American Muslims ..."
Browse Our Archives
Follow Us!