Salon has an excerpt of Phil Zuckerman’s book Living the Secular Life. In it, Zuckerman lists several reasons why American society has become more secular:

Notably absent from this list is the effect of firebrand atheism. That’s not to say that the firebrand atheism of people like David Silverman, Richard Dawkins, and Sam Harris hasn’t contributed to it—just that it’s not a major factor, and certainly not THE major factor. But let’s take a look at each of these forces Zuckerman cites.

The Religious Right rose to prominence in the 1980s. Remember the arrogant term “Moral Majority”? That kind of arrogance itself is enough to turn people off of religion. I also realize that it is enough to create a firebrand atheist backlash against it. While firebrand atheists may have stoked the flames of this backlash, they are not the cause of it.

Same goes for the pedophile priest scandal. You don’t need firebrand atheists to tell you that that scandal is abhorrent, or to degrade your respect for or trust in religion and religious figures.

The increase of women in the labor force as a contributing factor to the rise of secularity is an interesting one and not something I even considered. But again, if true, it doesn’t require firebrand atheism.

The commingling of Christianity and politics since at least the 1970s is something I’ve cited as a cause of increased secularity in America. We’ve all seen the polls—Millennials especially are increasingly turned off by the politicization of religion (or vice versa). Again, firebrand atheism may contribute by highlighting it, but the politicization of religion is something that plays out on the news every single day. It literally speaks for itself.

The Internet has been considered both a democratizing and secularizing influence. Religious fence-sitters and others obviously have more access to firebrand atheism because of the Internet, but just as important, they have access to knowledge in general. They have access to the pernicious influence of religion in politics (and vice versa), to scandals and atrocities committed by religious figures, to knowledge of other religions and ways of living and being, and to both science and philosophy. All these factors can contribute to a crisis of faith.

As Zuckerman puts it in this excerpt from his book:

The best-sellers written by Richard Dawkins, Christopher Hitchens, and Sam Harris—as well as the irreverent impiety and flagrant mockery of religion by the likes of Jon Stewart, Stephen Colbert, Bill Maher, House, South Park, and Family Guy—have had some impact on American culture. As we have seen, a steady, incremental uptick of philosophical atheism and agnosticism is discernible in America in recent years. But the larger reality is that for the many millions of Americans who have joined the ranks of the nonreligious, the causes are most likely to be political and sociological in nature. 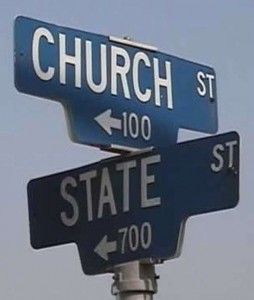 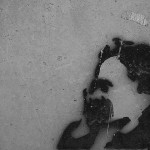 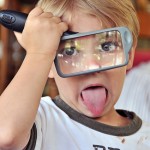 December 27, 2014 Criticism of a Christian by a Non-Firebrand Atheist, Part I
Recent Comments
0 | Leave a Comment
Browse Our Archives
Follow Us!