A Response to Adam Lee at Daylight Atheism 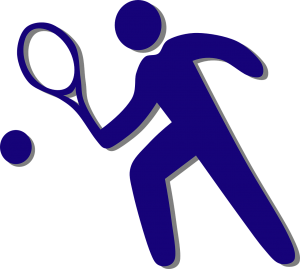 My Patheos colleague Adam Lee has a post up responding to my recent piece in The Daily Beast that argues against firebrand atheism. I appreciate his critique, and I think it’s a good thing to discuss the issue in public because hopefully it will get us closer to the truth of the matter. As I’ve said before, I don’t have anything against firebrand atheism per se—I do believe that it’s counterproductive to the goal of atheism becoming socially and politically acceptable, but if it turns out that I’m wrong, then I will support it.

unapologetically arguing that religion is false and harmful, including elements of polemic and ridicule, even if it causes some believers to take offense.

As Lee notes, that actually is pretty close to how I would define it. If you take out the word “ridicule,” then I would no longer call it firebrand atheism. And if we do that, then that’s exactly what I do advocate. I have said before in my posts and replies to reader comments that I do not advocate “keeping silent altogether” as Lee says.

Lee rightly says I don’t offer any examples of how to criticize without triggering an emotional defensive reaction in my post that supplements my Daily Beast piece, but I have offered examples in previous posts. I gave my own critique of NIH director Francis Collins’s reasons for his religious beliefs, the goal of which was to show how you can criticize without any overt ridicule—which is what I’m arguing against when I criticize firebrand atheism. Another example I gave was when I advocated the approach of philosopher Daniel Dennett.

Yes, I realize that some believers will take offense no matter what we atheists say or how we say it—and yes, some even take offense at our very existence—but I believe they are in the minority. Lee offers somewhat of a reductio ad absurdum when he writes:

For example, many evangelical Christians have convinced themselves that climate change is a “spiritual deception” whose aim is “killing Jesus”. To buy into preventing it, in their minds, would be an act of heresy and apostasy. Do the people who say that sound like they’ll be amenable to persuasion?”

I’ll answer his rhetorical question with an actual question: Do you really think those people make up the majority of Christians? We can’t really say that many Christians believe this, only that some do. By using an extreme example of irrationality, that suggestion that some won’t be amenable to persuasion, Lee is trying to give the impression that persuasion is futile. But that conclusion doesn’t follow.

Lee cites the civil rights movement as an example of where both firebrands and diplomats came together to achieve the goal of the social and political acceptability of black Americans. He claims that both were necessary for that achievement. I actually disagree, but more on that in a minute. For now I just want to point out that there were people in the 1960s who took offense at the mere existence of a black American, regardless of someone like Martin Luther King, Jr., who I think Lee would agree was not a firebrand in the sense he defines it. If there had been a majority of people in the 1960s who couldn’t even accept the idea of equal rights for black Americans, then the civil rights movement would likely have failed. There wouldn’t have been enough pressure on politicians from their constituents to move the Overton Window.

With regard to the comparison of movement atheism to the civil rights movement, I believe there is a key difference between the two that puts us in somewhat of an apples-and-oranges situation. That comparison requires a more detailed argument, but for now I’ll say that the main difference between the two comes down to the concept of “choice.” Race and sexual orientation aren’t something someone chooses. This is obvious with regard to the color of one’s skin, and less obvious with regard to sexual orientation, but completely obvious with atheism. I would argue that it’s easier for people to be accepting of something when it’s not the result of a conscious choice. The bottom line, for me, is that we can’t compare movement atheism with the civil rights movement—but I’ll argue for that separately.

Lee and other firebrand atheists believe that both radicals and diplomats are needed to move the Overton Window of public opinion and policy. Lee writes:

That’s precisely why any successful social movement ought to have a diversity of approaches. When it comes to organized atheism, there’s room for both diplomats and firebrands.

I also say in my Daily Beast piece that

Who is the most prominent atheist voice? Richard Dawkins? Bill Maher? David Silverman? Is there a recognizable, prominent non-firebrand atheist voice in the media? That’s not a rhetorical question—if anyone can name one, then please let me know in the comments. I know there are some—hell, even I’m doing my own little part—but I submit that they don’t receive near the media attention the firebrands do. I don’t think there is a Martin Luther King, Jr. of movement atheism—all we have is a Malcolm X.

In some cases, it may be that sharp criticism and ridicule cause individual believers to dig in their heels. But this has to be balanced against the cumulative effect of the firebrand strategy on everyone who might witness it from the sidelines. A suitably strong critique undermines the legitimacy of beliefs whose holders view them as sacred and above criticism, and in the long run, brings about a society where it’s more normal and accepted to not hold those beliefs.

I would submit that we don’t know what the cumulative effect of the firebrand strategy is. We don’t know that the firebrands of the civil rights movement are what made those movements succeed. It may very well be a relationship of concomitance and not causation, a success “in spite of” and not “because of.” I agree that “suitably strong critique undermines the legitimacy of beliefs whose holders view them as sacred and above criticism,” but I believe it can and should be done without overt ridicule.

I believe atheism will succeed, but I believe our case will be an “in spite of” situation if firebrand atheism persists. This belief is based on the numbers we do have—younger generations are leaving the church because of the teachings and personalities of modern Christianity itself—this is what they say in the polls. Ultimately this suggests that they don’t need advocates of either the lovable fool or the competent jerk variety—contemporary Christianity literally speaks for itself, and the message that’s being conveyed is viewed as unacceptable in a pluralistic society.

If that’s the case, I think it’s reasonable to conclude that between the two, the competent jerk is the one that is going to hinder that progress of movement atheism. The lovable fool may not advance it, but at least he won’t hinder it. 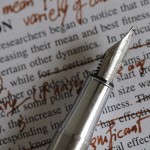 January 4, 2015
A Supplement To My Daily Beast Article On Firebrand Atheism
Next Post 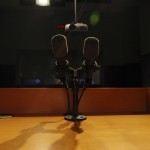 January 7, 2015 How to Give an Atheist Invocation
Recent Comments
0 | Leave a Comment
"Religious charities are religious. Not only Christians. For Atheists and Seculars that feel charitable, there ..."
EllyR Do Christians Only Want to Help ..."
"Christian "charities" only helping their own (or using their aid as a recruiting tool) isn't ..."
Margaret Whitestone Do Christians Only Want to Help ..."
"You, sir, are quite eloquent and self aware in your writing. Well thought out and ..."
skyhawk Why I Read the Drudge Report ..."
""Since 9/11." Yes, let's not count the 2,606 who died in the Twin Towers or ..."
rick_w55 While Franklin Graham Rants, American Muslims ..."
Browse Our Archives
Follow Us!