Why Christians Should Support Secularism

I’d like every Christian who calls for America to be recognized as a Christian nation to put themselves in the shoes of India’s Christians. Recently, India’s version of America’s Religious Right, the Shiva Sena, called for a significant change to India’s Constitution:

The Shiv Sena Wednesday demanded that the words “secular” and “socialist” be “permanently removed” from the Constitution’s preamble. The party said that the demand is justified as India is a “Hindu nation.”

If you live in America, that kind of rhetoric should sound familiar to you—just substitute “Christian” for “Hindu.” Here’s an article from last year in Christianity Today:

In vast and diverse India, Christians often live freely. Yet India ranks among the 50 countries where life as a Christian is most difficult, according to Open Doors International, a global ministry that serves Christians who are pressured because of their faith. The country is No. 31 on Open Doors’ 2013 World Watch List, largely because of a streak of Hindu nationalism, or Hindutva, that envisions India as a purely Hindu state.

While I recently argued that atheists in America haven’t experienced the kind of oppression that other minorities have, we have experienced, and continue to experience, a significant amount of pressure from the Christian majority. The histrionic denunciations of atheism and secularism by many federal, state, and local politicians as well as the ubiquitous propaganda machine that is FoxNews is in addition to God on our money, in our courts, our sports, and our schools. America is saturated with Christianity.

I imagine India’s Christians feel much the same way as America’s atheists. Fortunately for us, though, we’re not subject to the same violations of our rights here as they are there:

Can you imagine living in that kind of fear, all because of what you believe—or don’t believe? It seems to me that most of the Christians who are most vocal about Christian nationalism here in America are Baby Boomers or older, so they won’t ever experience anywhere near that level of persecution. I don’t think my Generation X or even the Millennials will have to deal with it. But 100 years down the road, 200 years? Who knows? As we know all too well, a lot can happen in a century or two.

I also don’t think Christians will ever have to fear an atheist takeover of the government—we secular atheist just aren’t very prolific breeders, so I doubt we’ll ever have the numbers. But what about Muslims? A Pew study from 2011 claims that

I certainly don’t want to add to the Christian Right’s Islamophobia, but today’s Christians should worry about future Christian generations. It’s not inconceivable that a hundred or so years from now there will be a significant portion of the American population that is Muslim—certainly larger than the atheist population will be.

I should immediately point out that, just like Christians, most future American Muslims will likely support the same democratic ideals as most Christians do. But what if America’s Muslim population someday rivals the Christian one? Would Christians be OK with American currency that bore a cross as well as a star and crescent, for example? I doubt it.

the Shiv Sena Wednesday demanded that the words “secular” and “socialist” be “permanently removed” from the Constitution’s Preamble. The party said that its demand is justified as India is a “Hindu nation”. – See more at: http://indianexpress.com/article/india/politics/shiv-sena-demands-removal-of-secular-from-constitution/#sthash.DmBwBrH6.dpuf
Previous Post 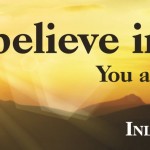 January 28, 2015
Now Here's An Atheist Billboard I Can Support
Next Post 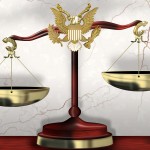 February 1, 2015 One Small Step for Atheists in Madison, Wisconsin
Recent Comments
0 | Leave a Comment
Browse Our Archives
Follow Us!