One Small Step for Atheists in Madison, Wisconsin 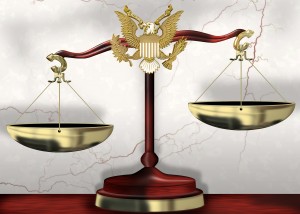 The city of Madison, Wisconsin, will soon be considering changes to its Equal Opportunity Ordinance:

Ald. Anita Weier, 18th District, the City Council’s representative on the Equal Opportunities Commission, on Tuesday will propose prohibiting discrimination against the homeless in the areas of employment and housing, and against atheists in employment, housing and public places, the latter including civic space and places of business and recreation.

This would be a more formal recognition, at the local level, of the value of a secular government. As Weier notes:

She said she’s seeking protections for atheism because religion is already a protected class and believes lack of religion should have the same protection.

I’ve said before that I don’t think atheists face the same kind of persecution or oppression as other minorities have, but I still think it’s a good idea to get acknowledgements like this on the books. After all, there are still places in America where atheists can’t technically hold a public office. As Openly Secular chairman Todd Stiefel appropriately put it last month:

“If it was on the books that Jews couldn’t hold public office, or that African-Americans or women couldn’t vote, that would be a no-brainer, ” Stiefel said. “You’d have politicians falling all over themselves to try to get it repealed. Even if it was still unenforceable, it would still be disgraceful and be removed. So why are we different?” 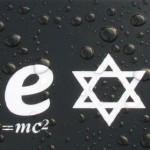 February 7, 2015 A Crusade By Any Other Name Is Still Tribalism
Recent Comments
0 | Leave a Comment
"Religious charities are religious. Not only Christians. For Atheists and Seculars that feel charitable, there ..."
EllyR Do Christians Only Want to Help ..."
"Christian "charities" only helping their own (or using their aid as a recruiting tool) isn't ..."
Margaret Whitestone Do Christians Only Want to Help ..."
"You, sir, are quite eloquent and self aware in your writing. Well thought out and ..."
skyhawk Why I Read the Drudge Report ..."
""Since 9/11." Yes, let's not count the 2,606 who died in the Twin Towers or ..."
rick_w55 While Franklin Graham Rants, American Muslims ..."
Browse Our Archives
Follow Us!