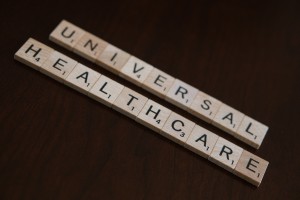 When I first read about the plaintiffs in King vs. Burwell, I was immediately reminded of former Texas governor Rick Perry’s claim that “Biblically, the poor are always going to be with us in some form or fashion.” As Mother Jones writes: “David King, the lead plaintiff, held extreme anti-Obama views and believed that all the people who would lose health insurance if he won his case were probably on welfare and ‘not paying for it.’”

Those of us on the left see this type of attitude as callous. Yes, we realize that there will be some people who attempt to get a free ride off the backs of others, but we also realize that there are many more who are poor and unable to afford things like health care through no fault of their own. But the appeal to the the fatalistic biblical principle that there will always be poor people among us is on the same level as a classic line from Inigo Montoya in the movie Princess Bride. To paraphrase: you keep quoting that verse but I don’t think it means what you think it does.

When you take the time to consider the context in which that verse is uttered by Jesus in the Bible, you see that it bolsters the argument for universal health care, it doesn’t undermine it. Furthermore, there is a good pragmatic case to be made for it. Both of these reasons taken together should make conservatives, especially religious conservatives, disposed toward universal health care of some sort.

Though I’m now an atheist, I was raised in an Evangelical Christian household and church, and still have an excellent familiarity with the Bible. In addition to reading the Bible all the way through with my mother during the summers when I was little, our church had weekly “sword drills” that drummed into us an abiding knowledge of the Good Book. Each week during Sunday School, the youth would stand up in the middle of the congregation, our Bibles—our “swords”—raised in the air, waiting for the word from one of the elders. “Deuteronomy 15:11,” he would say, “Go!” And then we’d rifle through the pages of scripture until we found the verse. The one who found it first got to read it aloud.

Deuteronomy 15:11 happens to be a key verse for understanding the context of Jesus’s famous admonition about the poor. When Jesus was in a home in Bethany, a woman there poured some expensive perfume all over his head. One of his disciples complained about this, saying that it was a waste, and that they could have sold the oil and given the money to the poor. But Jesus rebuked him, saying “Why are you bothering her? She has done a beautiful thing to me. The poor you will always have with you, and you can help them any time you want. But you will not always have me.  She did what she could. She poured perfume on my body beforehand to prepare for my burial.”

Jesus’s words echoed that of Deuteronomy 15:11, which says “For the poor will never cease to be in the land; therefore I command you, saying, ‘You shall freely open your hand to your brother, to your needy and poor in your land.’” Here God admits that there will always be poor people (people who need healthcare the most, by the way), but He actually commands us to help them because of that fact. Jesus’s death—the most important event in the history of the universe (at least to Christians)—is the ultimate, but temporary, exception to God’s command to help the poor and needy. So if the Son of God needs some pre-burial anointment, you do it; otherwise, help the poor and needy! God commands it.

The reason why conservatives tend to cherry pick the “poor will always be with you” part of the Bible is because of their political, not their spiritual, ideology. It’s that unholy alliance of Christianity and politics that manifested itself as the Religious Right and Moral Majority back in the late 1970s and early 1980s. Conservatives focus on the inevitability of the poor because of their idiosyncratic notion of fairness—people reap what they sow. Or, as social psychologist Jonathan Haidt puts it in his recent book The Righteous Mind, “On the left, fairness often implies equality, but on the right it mean proportionality—people should be rewarded in proportion to what they contribute, even if that guarantees unequal outcomes.”

But imagine for a moment that you suffered from a peculiar type of temporary amnesia where you didn’t know what your gender, economic status, race, or political affiliation was, but you were physically healthy and your emotional life and your reasoning ability were normal. If you were asked to set up your ideal society, what kind of social contract would you draw up? What would your attitude toward the poor in society be?

That’s basically what the late philosopher John Rawls asked us in his thought experiment about the “veil of ignorance,” demonstrates the necessary conditions for a just society. It encourages us to detach from our current ideology and look at the world with equal care and concern. Rawls argued that, under such a veil, rational people would choose to maximize the lot of the least well-off since they may very well turn out to be one of them. In other words, there but for the grace of God go I.

Though Rawls didn’t mention healthcare specifically, philosopher Norman Daniels argues that healthcare is of special moral importance because it also helps to preserve our status as fully functioning citizens. As Daniels writes: “By keeping people close to normal functioning, health care preserves for people the ability to participate in the political, social, and economic life of their society.” This is the essence of democracy—this is the essence of opportunity.

Conservatives have long promoted the idea of “equality of opportunity” in opposition to what they perceived as liberal’s overreaching, and unfair, “equality of outcomes.” Universal healthcare, as defended by Daniels’s use of Rawls’s theory, can be seen as an essential component of equality of opportunity. Access to healthcare plays a foundational role in people’s ability to have an equal shot at acquiring the knowledge, skills, and experience necessary for the American dream of the “pursuit of happiness.”

While conservatives (who are largely Christian) might object to being taxed to pay for universal healthcare, they should take into account the full context of the Bible’s teaching about what our attitude toward the poor and needy should be—which implies an adoption of an equality of opportunity ethic because it’s our divinely commanded responsibility. And even if Obamacare isn’t the best-devised plan to achieve universal healthcare, the Affordable Care Act does at least seem to be affordable. 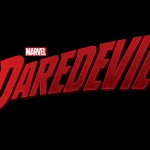 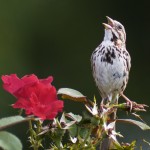 May 11, 2015 Remembering the Songbird Symphony
Recent Comments
0 | Leave a Comment
Browse Our Archives
get the latest from
Nonreligious
Sign up for our newsletter
POPULAR AT PATHEOS Nonreligious
1

How Hell Developed in Early Christian...
Roll to Disbelieve
Related posts from Notes Toward a New Chimera