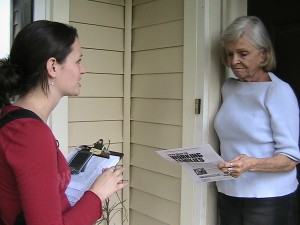 My fellow Patheos blogger Vlad Chituc has an article up at The Daily Beast about the retraction of a paper in Science that claimed a mere 20-minute talk with a gay canvasser could change peoples’ minds about marriage equality. Chituc writes:

The LGBT canvassing operation really does exist, but it seems like the follow-ups purporting to show a sustained change in their views never happened. According to a report they released yesterday, two graduate students, David Broockman at Stanford and Joshua Kalla at U.C. Berkeley, were intrigued by LaCour and Green’s results and wanted to build on it with their own research. As they began their pilot research, they noticed discrepancies between what they saw and what LaCour and Green reported. As they tugged at these discrepancies, LaCour’s story quickly unraveled.

When I first listened to a podcast about this study, I was incredibly hopeful, not just for the LGBTQ community but for movement atheism as well. As the podcast’s creator, David McRaney writes:

You’ll meet a man in Los Angeles who conducted 12,000 conversations in a quest to perfect the most powerful version of contact possible. According to the scientists who’ve studied his methods, he may have finally advanced the contact hypothesis – because the evidence suggests that in one, 22-minute chat, Dave Fleischer can change people’s minds on issues they’ve felt strongly about for decades, and change them forever.

I reasoned that if movement atheism were to conduct a study like this, then there might be hope in changing our country’s views on atheists, too. Maybe people would stop believing, mistakenly, that you can’t be good without God. Maybe we’d even vote for an atheist presidential candidate someday.

Chituc writes that now that the research has been discredited, “the only studies we’re left with suggest we’re so insensitive to corrective information that we’ll just keep believing these findings are real, anyway.” I don’t believe that the findings are real because I had no problem believing beforehand that it’s incredibly difficult to change minds on divisive social and political issues.

But I’m not sure where I stand with regard to the possibility of changing religious believers’ attitudes toward atheism and atheists. I’ve written before about how an aggressive or rude approach to engaging with religious believers is counterproductive, but I still thought minds could be changed nonetheless.

May 26, 2015
How Philosophy For Children Can Supplement the Common Core
Next Post 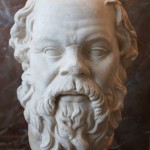 May 30, 2015 Cajon High School's Socratic Seminar Shows The Power of Philosophy For Children
Recent Comments
0 | Leave a Comment
Browse Our Archives
Follow Us!

Satanist's Open Letter Reply to Trump's...
For Infernal Use Only
Related posts from Notes Toward a New Chimera