Forget the Benedict Option, Christians Should Take the Matrix Option 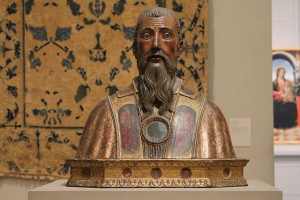 The Supreme Court’s historic same-sex marriage ruling has some conservative Christians considering what they call the “Benedict Option.” This is the idea of “choosing to step back from the now-futile political projects and ambitions of the past four decades to cultivate and preserve a robustly Christian subculture within an increasingly hostile common culture,” as Damon Linker puts it in The Week. It’s a self-imposed cultural exile.

Rod Dreher, the most vocal proponent of the Benedict Option, writes in The American Conservative that “The name comes from the final paragraph of Alasdair MacIntyre’s 1981 classic of moral philosophy, After Virtue, in which he described the state of contemporary moral discourse as irresolvably chaotic….because we have no common source of moral behavior anymore, and have decided, as a culture, that moral truth is something one arrives at by feeling.” I’ll come back to Dreher’s assertion about moral truth in a moment, but for now I’d like to suggest the “Matrix Option,” named after The Matrix film trilogy.

In the movie’s alternate universe, the Artificial Intelligence created by humans has rebelled and ends up winning a global war that results in the enslavement of the entire human race. The Machines, as they’re referred to by the humans, construct a virtual reality called the Matrix that keeps most humans blissfully unaware of their actual existence as batteries in pods of goo. However, there remains a small contingent of free humans living deep underground in a city named Zion, waging a war against the Machines while trying to free as many people from the Matrix as possible. Keanu Reeves’ character, Neo, is believed to be the savior of the human race who has been prophesied to ultimately win the war.

But that prophecy turns out to have been created by the Machines themselves, just another means of keeping the humans placated while the Machines continue to exploit them. And it also turns out that this prophecy has been in play for generations — there have been six Neos before the events of the movie. All five of the previous ones have capitulated to the demands of the Machine’s Architect to “reboot” the Matrix program, starting the prophecy anew with a fresh batch of freed humans.

In the movie, Neo — with the encouragement and guidance of a sympathetic Machine program named the Oracle — decides not to follow in the footsteps of the ones before him. This unexpected choice creates havoc for the Machines, and has the unpredictable side effect of creating a new program in the Matrix, named Agent Smith, who attempts to cancel out Neo’s character (the mathematics of the Matrix require that the equation that keeps it functioning remain in balance). But the effect of this cancellation threatens to destroy the Matrix itself, which would result in both the end of the Machines and the human race. It’s a zero-sum game.

In the movie, Neo ultimately realizes that to retreat back to Zion and continue to wage a limited war against the Machines would only delay the inevitable, so he decides to visit the Machine City and negotiate. Once there, he confronts the Machine’s leader, Deus Ex Machina:

Deus Ex Machina: We don’t need you! We need nothing!

Neo: If that’s true, then I’ve made a mistake, and you should kill me now.

Deus Ex Machina: What do you want?

After an epic battle, Neo defeats the program Smith by sacrificing his own life, and the humans and Machines enjoy their first-ever détente. At the end of the movie, the Architect confronts the Oracle, who had been helping Neo and the humans because she also believed in the need for a better way for the Machines and the humans to coexist:

Architect: Just how long do you think this peace is going to last?

Oracle: As long as it can.

The Benedict Option is akin to Neo choosing to stay in Zion and maintain an uncompromising, Us-versus-Them mentality. Dreher’s option doesn’t countenance a literal Zion, though, and seems to be in an inchoate stage at the moment anyway. As he says: “The ultimate goal, though, is developing communities that can be islands of stability, sanity, and goodness in a fast-moving and chaotic culture that works against all of those things.” Here we have to consider the claims made by Dreher and others for why the Benedict Option is necessary. In addition to the above quote, I quoted him earlier as saying that there is “no common source of moral behavior anymore,” and that “moral truth is something one arrives at by feeling.” Do these claims reflect reality?

I think we can admit that there’s no stability — our culture is definitely in a state of flux — but the fact that our culture lacks rock-solid stability certainly doesn’t mean that there’s no sanity or goodness. And though it’s true that Christians and seculars don’t share a common foundation for morality, they do agree on most moral values. As sociologist and author of “Living the Secular Life,” Phil Zuckerman notes: “For secular people, morality is predicated on one simple principle: empathetic reciprocity, widely known as the Golden Rule. Treating other people as you would like to be treated.”

So both Christians and seculars believe in the rule of law and justice, as a broad example, and in virtues like honesty, integrity, compassion, and altruism. We agree in general and differ only in a few particulars. Dreher’s reasons for taking the Benedict Option simply don’t hold up under scrutiny. As another example, he says that “the only way to stand firm against the ‘barbarians’ — people who live by feeling, driven by the passions, not right reason, and with no sense of restraint or obligation beyond satisfying their momentary demands — of our dominant culture is to form stronger, thicker communities based on a commitment to virtue.”

But secular culture isn’t just driven by passion and feelings, though they are surely part of it — politics and passion go hand in hand. Christian culture is driven by these things, too, let’s not forget — just watch FoxNews for five minutes. And there is plenty of evidence that secular people are largely driven by “right reason,” restraint, and a sense of obligation. Listen to Phil Zuckerman again:

“My own ongoing research among secular Americans — as well as that of a handful of other social scientists who have only recently turned their gaze on secular culture — confirms that nonreligious family life is replete with its own sustaining moral values and enriching ethical precepts. Chief among those: rational problem solving, personal autonomy, independence of thought, avoidance of corporal punishment, a spirit of ‘questioning everything’ and, far above all, empathy.”

So I’d actually implore Christians to reject the Benedict Option and embrace something like the Matrix Option instead. It seems to me that working together is better than a war of attrition. Yes, compromise involves giving up something, but Christians aren’t being forced to give up their beliefs, or their right to voice those beliefs. To paraphrase a popular social media meme: you’re not being oppressed when another group gains rights you’ve always had. A good compromise calls for both sides to give up something valuable without giving away everything that’s valuable. Society itself is a compromise.

In The Matrix, humans and Machines evolved together to make their world a better place. Can’t we live in a world where Christian culture and secular culture do the same, to the benefit of us all? There are many secular people who are willing to reach a common ground and work toward shared societal goals, people like Greg Epstein, James Croft, Chris Stedman, and Sarah Jones are already working with interfaith groups to achieve those goals. And there are many more ready to accept an olive branch.

July 4, 2015
Atheists' Approach to the Religious: Firebrands and Diplomats
Next Post

July 19, 2015 While Franklin Graham Rants, American Muslims Plant Seeds of Peace
Recent Comments
0 | Leave a Comment
"Religious charities are religious. Not only Christians. For Atheists and Seculars that feel charitable, there ..."
EllyR Do Christians Only Want to Help ..."
"Christian "charities" only helping their own (or using their aid as a recruiting tool) isn't ..."
Margaret Whitestone Do Christians Only Want to Help ..."
"You, sir, are quite eloquent and self aware in your writing. Well thought out and ..."
skyhawk Why I Read the Drudge Report ..."
""Since 9/11." Yes, let's not count the 2,606 who died in the Twin Towers or ..."
rick_w55 While Franklin Graham Rants, American Muslims ..."
Browse Our Archives
Follow Us!