In the Wake of the Chattanooga Killings, An Interfaith Prayer Vigil in Tennessee 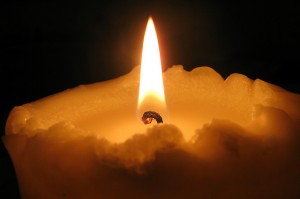 Every time a Republican or a member of the Religious Right (like Franklin Graham) slanders an entire ethnic group, it’s important to present evidence that mitigates the damage done by such invectives. A case in point is the prayer vigil in honor of the marines killed in Chattanooga held yesterday by Muslims in Nashville.

One of the attendees made a comment that highlights the double standard of those like Franklin Graham:

In Charleston, a white racist killed 9 innocent black people; in Chattanooga, a Muslim killed 4 innocent marines. But listen to what Graham had to say about the killings in Charleston:

“We are all Americans, and we need unity today more than ever,” Graham said. “Through faith in Christ we can have love and reconciliation with one another — regardless of race.”

“Jesus Christ can change the human heart and take away the prejudice, racism, and hatred that lies within,” Graham emphasized.

Why can’t we have unity regardless of religion, too? And why can’t Jesus take away your “prejudice, racism, and hatred”?

Another attendee of the Nashville interfaith prayer vigil highlighted the real danger of racist, xenophobic vitriol like that spewed by the likes of Franklin Graham:

Koyoke said that as a Muslim she could fear that people are connecting Abdulazeez’s actions to Muslims everywhere, but that she felt it was necessary to come out and offer condolences and prayer for the victims’ families.

As I’m writing this, over 165,000 people liked Franklin Graham’s bigoted rant on Facebook. Let’s hope none of them get inspired to kill American Muslims like Robert Doggart wanted to:

Doggart spoke of his willingness to sacrifice his life to prove his “commitment to our God.” He also exalted his followers to be “cruel” to these Muslims, to burn down their mosque, kill them, and even cut them to shreds with a machete.

July 24, 2015 Do Christians Only Want to Help Christian Immigrants?
Recent Comments
0 | Leave a Comment
Browse Our Archives
Follow Us! 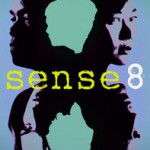