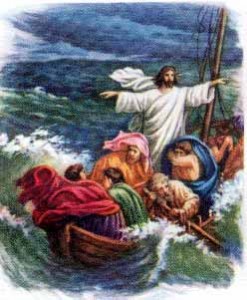 Twelve of Nineteen Reasons to Conclude that Nazareth is Geographical Fiction.

René Salm’s new book NazarethGate: Quack Archeology, Holy Hoaxes, and the Invented Town of Jesus is finally available on Amazon.com and the American Atheist Website (www.atheists.org). A Kindle edition will be available in early December, 2015. As I have already mentioned, this new book firmly drives the last nails into the coffin of the New Testament fiction that long ago was christened “Nazareth.” As promised in my previous posting, I shall share nineteen reasons to conclude that the town in which Jesus is supposed to have grown up—the town which both The Roman Catholic Church and the Greek Orthodox Church concur corresponds to real estate they now own—never existed at the turn of the era, when Mary and Joseph are supposed to have set up housekeeping there.

1. The venerated sites at present-day Nazareth do not fit the description of the city in the Gospel of Luke. It is well to remind readers that even many apologists and scholars who argue in favor of turn-of-the-era habitation of present-day Nazareth agree: it cannot be the site described in Luke 4:16–30, a city (polis) built with a synagogue atop a hill with a cliff from which the congregation of the synagogue tried to cast Jesus down to his death. They prefer to admit that “Luke” was incorrect in his description of the “city” (the New Testament scholar Bart Ehrman terms it “a one-dog town”) rather than accept the fact that the Christian-tourist mecca was not inhabited when Jesus and the Holy Family should have been living in it.

2. There is not today—nor for geological reasons could there ever have been—any cliff near the top of the hill now grown over by the modern city. There has never been any Lukan “brow of the hill” from which Jesus could have been launched into orbit.

4. Nazareth is unknown to the Old Testament, although the neighboring village of Japhia (Yaffia or Yaf‘a) is mentioned in Josh. 19:12.

5. Neither Babylonian nor Jerusalem Talmud knows anything of any place called Nazareth—even though some 63 Galilean towns are mentioned in them. Think about this! While it is unclear what the ancient boundaries were for the roughly circular area called Galilee (the word derives from a Hebrew word meaning “circle”), counting the squares in a grid map of modern Israel would indicate a land area of around 1,200 square miles. Dividing that area by 63, we see that on average the Talmuds record the existence of one settlement for every 19 square miles—an area equivalent to a square about 4.4 miles on each side. With that level of coverage, what is the probability that “Nazareth” would have been overlooked?

Amazingly, the implications of such a calculation are even more stunning when one realizes that at least two-thirds of the surface of Galilee would have been unsuitable for placement of villages and cities, due to the hilly or even mountainous nature of the terrain. (Contrary to “Luke,” very few towns were placed on mountainsides in ancient times!) If—as the composers of the Talmuds surely did—we exclude all the land completely unsuited for anything other than agriculture and mortuary sepulture, we are left with an area of a mere 400 square miles, with coverage of one settlement for every square of land about 2.5 miles long on each side. Such coverage comes reasonably close to exhaustive for anyone without a religious ax to grind. (It is worth remembering that the ancient town of Japhia mentioned in the Bible was only a little over two miles away from present-day downtown Nazareth.)

6. Josephus, although he waged war within two miles of present-day Nazareth and fortified the nearby town of Japhia, does not list Nazareth among the 45 cities and towns of Galilee in his experience.

7. No geographer or historian before the fourth century mentions Nazareth.

8. There is no isnad (continuous, traditional chain of attestation) to tie the modern city to the biblical “city.” There are at least several centuries separating the gospel habitation from the first verifiable and datable attestations of its location at the present site. (With the exception of Jerusalem, Jericho, Tiberias, and several other places, this is true also for nearly all the gospel towns and places.)

9. The church father Origen (c. 184–c. 254), although he lived at Caesarea just thirty miles from Nazareth, did not know where it was located—even though he had made serious efforts to study the biblical sites: “We have visited the places to learn by inquiry of the footsteps of Jesus and of his disciples and of the prophets.”

11. Nazareth is never mentioned in the Apocalypse (Book of Revelation), and is unknown to most of the apocryphal gospels and Gnostic works.

12. Tellingly, Acts of the Apostles records no apostolic activities occurring at Nazareth. This is very strange if it actually was so important not only in the life of Jesus but in the lives of his supposed disciples as well.

I think these twelve reasons are enough for this post. I’ll discuss seven more in my next posting. 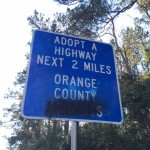 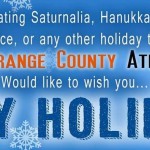