The secular movement needs you more than ever…

The secular movement needs you more than ever… February 16, 2016 Kathleen Johnson 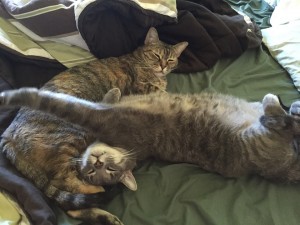 The following was inspired by Facebook commentary by Rick Wingrove, Virginia State Director for American Atheists, as a counterpoint to the idea, expressed in recent articles and on social media, that the atheist movement is beset by sexism and that women are being systematically driven out of the movement.

“The assertion that the atheist movement is essentially misogynistic reflects a profound misunderstanding of the nature of the movement. Where atheist conventions were formerly attended mainly by a few old white guys, there is now a near even mix of men and women of all ages who are happy to be there. Fully half of the speakers at American Atheists annual conventions are women. Indeed, it is worth pointing out that AA was founded by a woman. Women hold leadership positions in every major atheist organization. People come and go from the movement, but the notion that there is a mass exodus of women from the movement, and blaming it on the alleged boorish behavior of a few (?) or all (?) men is both untrue and unfair. And the notion that only the men in the movement behave badly and the implication that atheist men are worse offenders than men outside the movement is exactly the kind of gross generalization that rational thinkers should take with a little healthy skepticism.”

And now comments from the editor:

I am a feminist. While I am a huge fan and obviously a contributor to the atheist channel at Patheos, I also read and enjoy the other blog networks in the atheist/skeptical community and I support intersecting the atheist movement with social justice. I think anti-feminists advocate for a pointless and destructive position and that any valid points and issues they may have are buried in unreasoning hatred and blame-gaming. I’ve been appalled at the casual cruelty displayed on the boards and forums associated with (or known to support) anti-feminist causes and people. I have observed female and minority members and former members of our community get treated horribly online for relatively harmless statements and I am deeply disappointed in a prominent person’s statements and activities on Twitter. I condemn any position that equates feminism with anything other than advocacy for equal rights and full inclusion for everyone. I support anti-harassment policies and efforts for conferences to be as inclusive as possible. For those who think that perhaps I don’t understand what it is like to be on the receiving end of bad treatment, a few years ago, I was sexually harassed and physically groped by a drunken former leader in our community and while I’m not going to go into what actions I did or didn’t take, I mention it so that our readers understand that I do understand the problems first hand at very close range. There is absolutely no doubt that there are women and people of color within our movement who have been treated appallingly by other members of the movement and that there are so-called “leaders” in our movement who say and do things that perpetuate this mistreatment.

However, having said all that, since I joined the movement as a local activist in 1997 when I joined American Atheists and founded the Military Association of Atheists and Freethinkers, I have worked with amazing people of all genders and ethnic backgrounds. I have seen our movement work hard to ensure diversity and inclusion are priorities and have seen numerous talented female and people of color become activists by becoming active in existing organization or founding their own. I was recruited into the movement by an organization that was founded by a woman and was run by a woman at the time, and later I helmed the organization I founded. I still serve the movement as VP of American Atheists under a president of Jewish ethnicity who has been on the receiving end of horrific anti-Jewish sentiment from inside and outside our movement for the two decades he has been my friend. I have been attending conferences for those two decades and have never felt unwelcome or marginalized as a women and except for the specific incident I related, which did not occur at a conference, I have always felt welcome and safe and so have many others who I have discussed this with.

In summary, from my seat, the problem may not be the movement. It is true our movement has members that express the misogyny and racism that infests our culture and that awful things have been said and done. However, I opine that the majority of our community has neither perpetrated or received mistreatment and that the movement may be the solution to the problem, not the mechanism.

Our movement has to be more than its talking heads. The real work of the movement is taking place in communities, city councils, and state legislative offices, not in blogs or on Twitter, and that work is being done across the race and gender spectrum.  I would hope that instead of giving up on the “movement”, our potential activists would seek out their fellow activists,  join their organizations, go to their conferences, and offer their support so we can keep our country from being turned into a theocratic nightmare.   It is going to take all of us to prevent the installation of a government system that values the unjust imprisonment and killing of minorities, the subjection of women, and a papers-please view toward immigrants and anyone who looks like an immigrant.  Just as importantly, it’s going to take all of us within the movement who value working against these religiously motivated positions to stay and work from within to grow and develop diverse leadership we can be proud of. 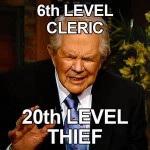 February 17, 2016 Editor is Taking a Brief Break
Recent Comments
0 | Leave a Comment
Browse Our Archives
get the latest from
Nonreligious
Sign up for our newsletter
POPULAR AT PATHEOS Nonreligious
1

Russell Moore and the Leaked Letters:...
Roll to Disbelieve
Related posts from NoGodBlog