An Open Letter to Mitch McConnell 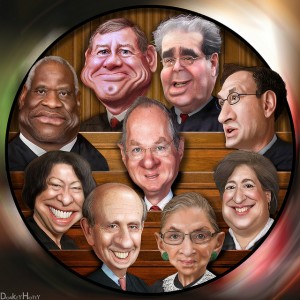 An open letter from Ed Buckner to Mitch McConnell:

So, Mitch McConnell, this has nought to do with me being an atheist, but I have some real questions about your opposition to holding hearings or even considering a nomination for Associate Justice of the Court by Barack Obama. (As I write this, no nomination has been made, but my questions would not be different if one had been.) Please note than none of these questions imply that the Senate should automatically approve of Obama’s choice (advise and consent necessarily carries with it the power to disapprove):

1. Why is that the American people would not have a voice if you hold hearings and vote to confirm or deny Obama’s nominee? He is the sitting, duly elected, President with explicit constitutional authority to nominate–and he won the last two prez elections, the last less than four years ago and by five million votes.

2. How would it be different next January? Whichever party wins the presidency and whichever controls the Senate, can the Senators then reasonably claim that they then want to defer until the results of the 2018 election, or are they bound to act then (in some way different from now)? Why couldn’t they?

3. If you’re concerned with the people having a voice in this, why is it unreasonable to carry out the process in a year when people are considering prez and Senate candidates, when the citizens might even be more involved and paying more attention?

4. Your proposed lack of action is quite unprecedented–assuming Obama nominates within the next month or two, the Senate will have more time to consider the nominee, hold hearings, and vote during the remainder of Obama’s second term than the process has ever taken, for any Supreme Court nominee in American history. How is this nomination so different as to justify not carrying out the Senate’s constitutional duties?

5. You declared, in 2005, that “Any President’s judicial nominees should receive careful consideration. But after that debate, they deserve a simple up-or-down vote. . . . It’s time to move away from advise and obstruct and get back to advise and consent. The stakes are high . . . . The Constitution of the United States is at stake. Article II, Section 2 clearly provides that the President, and the President alone, nominates judges. The Senate is empowered to give advice and consent. But my Democratic colleagues want to change the rules. They want to reinterpret the Constitution to require a supermajority for confirmation. In effect, they would take away the power to nominate from the President and grant it to a minority of 41 Senators.” (States News Service, May 19, 2005) – See more at: http://www.patheos.com/blogs/dispatches/2016/02/17… It’s 2016, not 2005, Senator–but what has changed?

6. I’m certainly aware, as are most politically interested Americans, that there has been an almost ping-pong predictability and hypocrisy to the different parties loudly proclaiming, based on whether they’re “in” or “out” in the Senate and White House, that the other party is being obstructionist, unconstitutional, etc. Are you comfortable with the conclusion that I–and, I suspect, most Americans–think your pronouncements on this would be quite likely to be the exact opposite if the prez were a Republican and the other party controlled the Senate? Are you motivated, in other words, by anything at all except for blind, vituperative partisan rage? 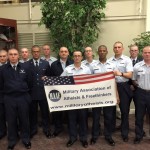 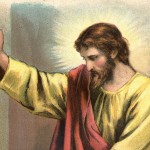 March 4, 2016 Paradigm Shift: There Is No Jesus (and There Never Was)
Recent Comments
0 | Leave a Comment
Browse Our Archives
Follow Us!