“Is the Atheist My Neighbor?”: A Review by Ed Buckner

Is the Atheist My Neighbor? Rethinking Christian Attitudes toward Atheism

A Review by Ed Buckner 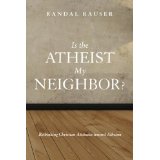 I’ve read quite a few books by Christians on atheism or related matters, but I don’t seek out such books any longer—they’re generally too predictable about Christianity and too maliciously misguided about atheism. When Jeff Lowder, a well-known atheist activist, writer, and debater, recommended Is the Atheist My Neighbor? Rethinking Christian Attitudes toward Atheism by Randal Rauser, I knew that Jeff had cooperated in some way with the author and I bought the book mostly because I respect Jeff. But my expectations were not all that high. I halfway expected something positive but not very substantive, maybe one of those “can’t we all just get along?”/kumbaya essays. I should have known that Jeff wouldn’t be interested in that. Rauser is a Christian apologist, but one who does not have, as the lame joke has it, nearly as much to apologize for. He defends his faith, but not only does he not engage in the misguided attacks on atheism that most Christians do, he treats our disagreements with him quite logically and reasonably. He seems to honestly understand atheism, treats it as an honorable position, even as he disagrees with us. And, remarkably, he provides specific, detailed, philosophically developed and expressed, arguments against the tendency among many (most?) modern American Christians to misunderstand atheism. And he names names of Christians, historical and contemporary figures, who’re guilty not merely of being insufficiently charitable but of being illogical and misinformed about atheism.

Like most atheists I know, I’ve had biblical verses like Psalm 14:1 (or the nearly identical Psalm 53:1) or Romans 1:18-21 thrown up to me as “proof” that the Bible damns me as a worthless “fool” for not accepting belief in God. I’ve also tired of Christians, in informal conversation or structured public debate, who tell me that others (me, but also other Christians) have misinterpreted Bible verses or Bible-based Christian teachings. Usually this means, as far as I can tell, that a Christian dislikes the obvious meaning found in a Bible passage and reinterprets it to suit some more modern, kinder, preferred meaning. Frequently this involves claims of improper translation from Aramaic, Greek, or Hebrew—and I know none of those languages, so I can never be sure of any conclusions drawn. The focus of the most common set of these ex post facto rationalizations that I’ve encountered was human slavery, with apologists twisting and turning in attempts to deny that Leviticus 25 shows that God approved of slavery—one of the oft-cited passages by preachers in the American South in the early to mid 1800s as they defended slavery. Surprisingly, at least to me, Rauser does something similar when he declares that passages like Psalms 14:1 have been mistranslated and misused by anti-atheist Christians. But far more unusual, in my experience, is that he doesn’t just make his case based on biblical interpretation—he also makes a clear, logical/philosophical case for his claim, and he hews to logic with clarity throughout the book.

The primary purpose of the book is, as Rauser states (p. 90):

As for my fellow Christians, this entire book has been a call for them to empty the noxious brew that so often fills their cups. The Rebellion Thesis has prejudiced countless conversations and poisoned innumerable relationships. It has bred suspicion, condescension, and hostility. The time is long overdue for Christians to empty that cup and get to know atheists as individuals.

The “Rebellion Thesis” mentioned here is the old idea, heard often by every atheist I know, that we atheists somehow, in our heart of hearts, do know there is a God, but we’re angry with “Him” and in rebellion so that we won’t have to be limited by “His” edicts. I have no doubt that there really are people who’re angry at God—but they cannot be atheists if they accept that there’s a god to be angry with. And I know that there are plenty of atheists—including me at times—who’re angry with theists and organizations claiming that we’re immoral or “fools.” I’ve read and greatly appreciated what Greta Christina has written about pissed off atheists.

Rauser starts his book by recasting the parable of the good Samaritan as a modern parable of a good atheist—and reminds his readers that biblical Samaritans, parallel to modern atheists, were despised outsiders, not fellow believers, and that the lesson of the story is to urge believers to be more like the outsider who renders aid selflessly.

Jeff Lowder is indeed mentioned in the book—quoted at some length, in fact, and with approval. Among the many other atheists mentioned (none of them attacked; some of them praised) are Dan Barker, Richard Dawkins, Christopher Hitchens, Hemant Mehta, and President of Uruguay Jose Mujica. Rauser is a guy who disagrees with us—but not someone who is irrational about us—a welcome change from the usual.

I have some minor criticisms of the book: every nonfiction book should have, in my never humble opinion, an index. It’s less crucial for a short book like this, but I still wish it had one. Some of his analogies work better than others—for example, his illustration (pp. 78-79—hard to find again without an index!) of “Ollie, a ten-year-old boy living in an orphanage in Victorian England” is a bit muddled. There’s just a hint, in a very few places, of a lingering sense of inherent moral superiority of Christians over atheists—but it is not the predominant view he presents at all. In short, I recommend this book, to atheists and, if my recommendation carries any weight with any of them, to Christians.

My recommendation is based on Rauser’s clear style and mostly, his sound logic, but also because Rauser carefully examines the case against the Rebellion Thesis from every angle I can think of, and he rejects it completely and convincingly. Is his case finally persuasive? I’m not in his target audience, so I cannot be sure of their response. But I can think of nothing I’d add.

And I think Randal Rauser would not just be an interesting fellow to share a beer or a cup of coffee with—he’d actually be someone I’d be pleased to have as a neighbor. 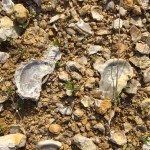 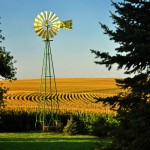 March 22, 2016 Democrats in an Iowa County vote to protect non-religion.
Recent Comments
0 | Leave a Comment
Browse Our Archives
get the latest from
Nonreligious
Sign up for our newsletter
POPULAR AT PATHEOS Nonreligious
1