This is a picture of fossilized oyster shells which are among thousands of similar shells located in a fossil bed in central Texas which is obviously a long way from any current coastline: 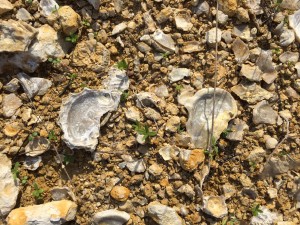 This picture was not taken at fossil dig; it was taken in my own central Texas backyard.

As any school child can tell you, assuming they weren’t educated at one of the many scientifically inferior school systems in Texas, these fossils were deposited when the area now known as Texas was covered by a shallow sea millions of years ago.

And then I saw this:

This link was obtained from KCEN, one of my local news networks and one that I get news from every day.

This is Texas so it doesn’t amaze or surprise me that some local idiot would dig up some rocks, perhaps similar to those in my own back yard or perhaps not, and link them to a world-wide flood that never happened. What’s distinctly alarming is that KCEN is a real news network, not a satirical one, and it’s incredible to me that a real news network would run this story as if it actually had substance.

I think it says more about this network as well as the other news networks that ran this as if it was a real story than it does about the misguided, uneducated, self-described “fossil expert” who was raised and conditioned to believe in nonsense. 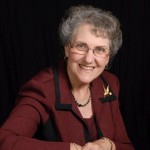 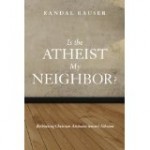 March 20, 2016 "Is the Atheist My Neighbor?": A Review by Ed Buckner
Recent Comments
0 | Leave a Comment
Browse Our Archives
Follow Us!