The Psychology of Religious Nonsense 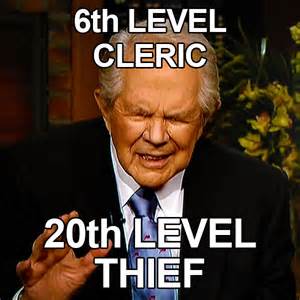 On its face, religion is nonsense (an omnipotent God who is forced to sacrifice Himself, to Himself, to save humanity from His own wrath), full of contradictions (one god versus the trinity), mystery and miracles, and I think that is deliberate to train followers that they can’t rely on their own reason, and must instead accept on faith whatever religious authorities tell them.

However one can find a reasonable explanation of religion that makes sense, if they don’t take religion’s claims at face value, but instead look for ulterior motives behind those claims. Consider the proposition that the real “purpose” behind religion is to control people, manipulate them, and take advantage of them to the benefit of the ruling oligarchs. This is where psychology ought to come in, to explain how religious doctrine, claims and practices work to accomplish this goal. (I put “purpose” in quotes, because I think religion evolved as a meme for this purpose, and it works effectively as a control even if those practicing it, congregations and clergy, don’t see this as its real purpose.) As I see it, religion is just the western version of the comprehensive brainwashing practiced in North Korea today.

Psychology is a powerful tool for explaining why religion exists at all, why it persists in a modern society along side scientific knowledge, and how it works to control people’s minds. Unfortunately the prevailing domination of religion over all society makes sure that no psychologist who applies psychology in this way can get published. Instead we get this foolish pabulum of articles like “The Psychology of Religion”  and “The Psychology of Atheism”  that are supposed to impress us as insightful scientific understanding, when they are really just a fraud, a cover up, and a mockery of real science.

This is what makes me angry as an atheist. Nobody should be able to get a degree from a credible university without a solid exposure to a good psychological explanation of religion. Without that requirement, a college degree as proof of education, is a fraud. The failure of universities, and especially the schools of psychology, to require this understanding is educational hypocrisy and a fraud in their accreditation.

In today’s world, with all its complex problems, we need logically thinking, truly educated people, free of the biases of religious brainwashing, to solve these problems. How can “educated” people be expected to solve the problems of extremist terrorism, war, global warming, pollution, bigotry, reproductive freedom, and sexual freedom, when religion is at best a major factor, if not a root cause, excusing and driving these problems? How can this not be a critical element of an adequate university education?

Chris Allen has decades of activism for atheist civil rights and is member of the Board of Directors for American Atheists.

March 29, 2016
Did Jesus Exist? The Debate Continues
Next Post 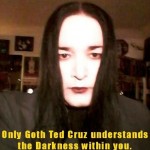 April 6, 2016 Wisconsin or Bust(ed)
Recent Comments
0 | Leave a Comment
"recently ol' Luke tried the "indentured servitude & not at all like the slavery of ..."
al kimeea “Is the Atheist My Neighbor?”: A ..."
"he's still at it"
al kimeea “Is the Atheist My Neighbor?”: A ..."
"As a general requirement? As a specific requirement?Nobody should be able to get a degree ..."
HematitePersuasion The Psychology of Religious Nonsense
"I am a long time scientist with an extreme IQ. I asked a question in ..."
GoodScienceFYou Religion and the Constitution: The Official ..."
Browse Our Archives
get the latest from
Nonreligious
Sign up for our newsletter
POPULAR AT PATHEOS Nonreligious
1